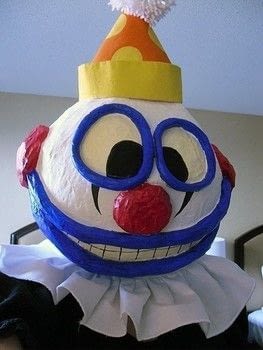 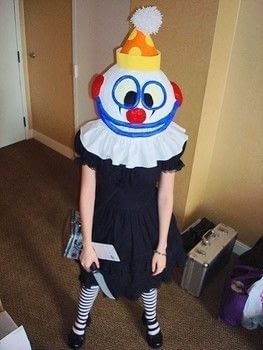 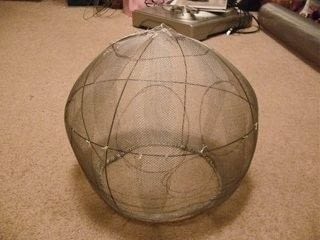 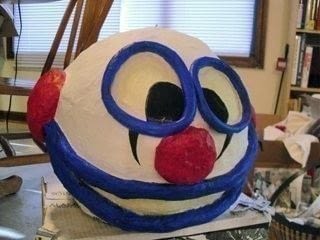 Perception -1, Melee Weapons +5
For Dragon*Con 2009 I decided to make a Pint-Sized Slasher costume from the game Fallout 3. I wanted to make the dress as well, but since I am one of those 'last minute' costumers, I only had time to make the mask.

It has many faults, but those are overshadowed by the fact that it's totally awesome!

I started with a wire frame that I covered in pieces of aluminum screen, which was a nightmare!!! I made paper mache and covered it, then created the eye and mouth pieces with air dry clay (also a nightmare to work with), witch then also had to be paper mached down.

After about a week and a half of sticky flour glue madness, a layer of gesso went all over, then the details were painted.

The hat was constructed next, out of interfaced muslin, then painted. It was attached by running a thread down from the inside from the pompom to the mask, pierced through and knotted into the wire frame. The inner edges of the hat were glued down to keep it in place.

The ruffle is, well, just a fabric ruffle.

Unfortunately, using the aluminum wire to create the base was a *REALLY* bad idea, as it frays easily is is very sharp, and it was nearly impossible to wear. So I ended up spending a few hours hot gluing small strips of garment leather over all the 'seams' on the inside .___.

Finally, I attached a piece of black chiffon to the inside behind the eyes. Also, a fabric covered foam piece sits inside, to give some padding so the mask sits on ones head without going all over the place. I decided to leave this piece unattached so other people could try the mask on if they wanted (about 98% of all my D*C pics are of other people wearing it, hehe).

I had never made anything like this before, so it was quite the learning process, and I've definitely picked up a few tricks along the way. I don't think I'll be remaking it anytime soon though, ha. I lot of people really enjoyed it, even if they didn't really get it. It is now one of my favorite costume pieces~

Jessica posted this project as a creation without steps 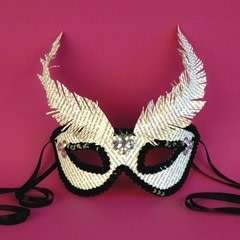 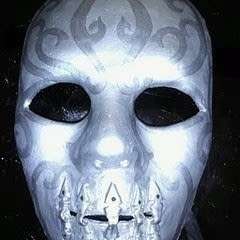 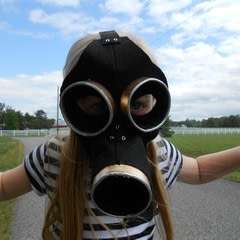 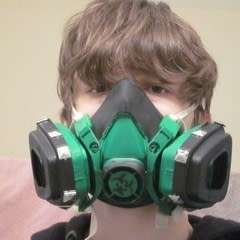 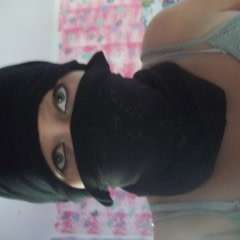 Tshirt To Ninja Mask In Under 5 Minutes.
Made this project? Share your version »

chantal · Campbell, California, US · 2 projects 11th June 2010
this is really neat! i love it! and i totally get it since fallout 3 is my favorite game!
Reply