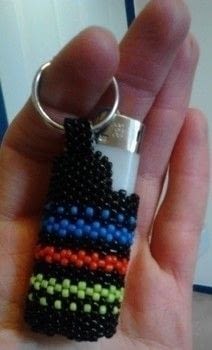 Perfect for rocking that 80's-night ballad lighter sway!
People pocket each others' lighters. It happens.
I decided to try to fix that... This was an experiment, though, so no how-to. If I happen to perfect it (And I do plan to try!) I will post my favorite method.
Basically, with this first one, I just peyote'd around the lighter, then I started decreasing for the keyring attachment, which I zippered together with the ring already in place.
I went back for the bottom, which is the part that I don't like, because I was tired and kept trying to revert between peyote, brick and herringbone. =/

I chose the colors because Peyote reminds me of 8-Bit and these colors remind me of 80s games.

The red beads turned out to be quite a bit smaller than the blue and green in general, so I improvised and just added two into one space, here and there.

I had originally planned to make it taller, but I decided A) I wanted it safely away from the flame and B) I didn't want it to have so much "hang" that it would get caught on something and break, or twist around so much that the string wore out.

Also, I plan on putting it on a mountaineers' hook, so that I can always have it on my purse.

Chuckee posted this project as a creation without steps 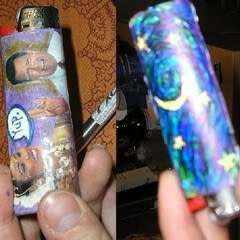 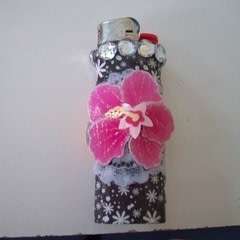 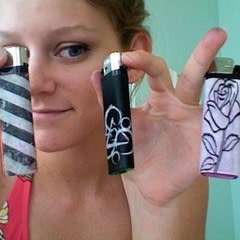 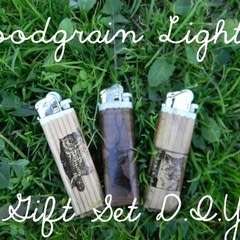 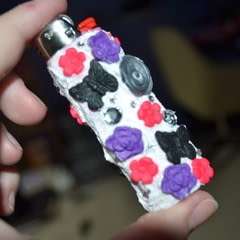