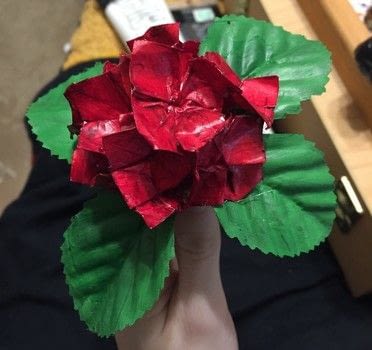 Based on Paper Hydrangea Wreath by Lia Griffith
Ok so it started out like Lia's but then I had to keep modifying it. Like I misplaced the paper templete so I did a bunch of origami hydrangea flowers, stuck them with a toothpick into a styrofoam ball, then used bits of other fake flowers to form the leaves.
They are blood red because I wanted a red Hydraingea like in that one XXXHolic episode.