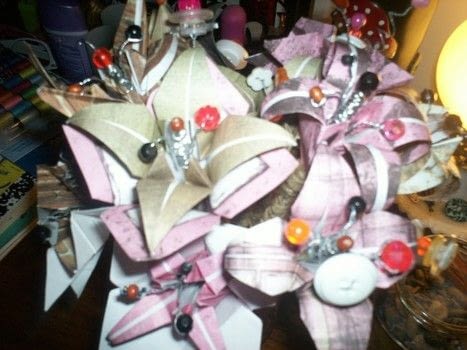 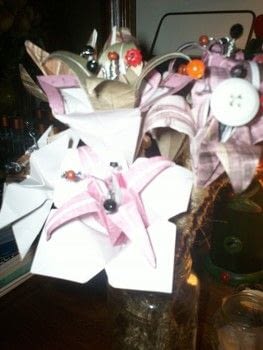 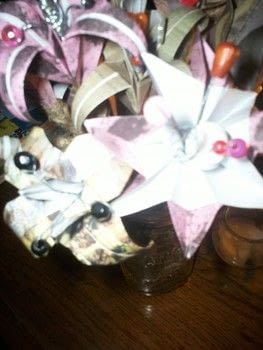 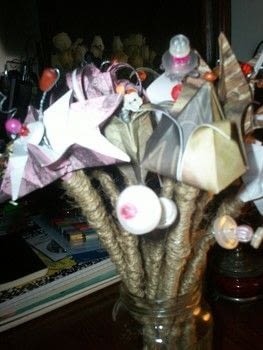 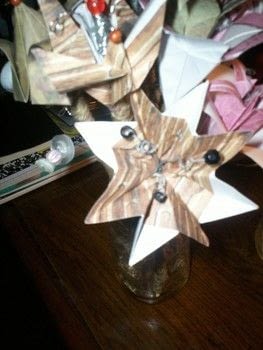 A cute boquet of origami flowers.
I've made a rather large boquet of origami flowers as a Mothers' Day present for (who else) my mom. =] She loves flowers, and she doesn't exactly have a green thumb, and cut flowers don't last long enough, so I thought she'd love these. It's a little early to have them finished, but I thought that it would be easier to get them finished earlier, rather than later. ^_^

Autumn Asylum posted this project as a creation without steps 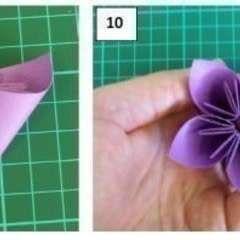 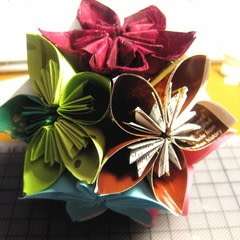 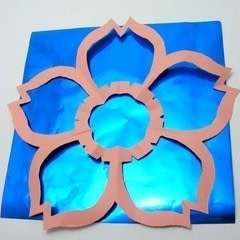 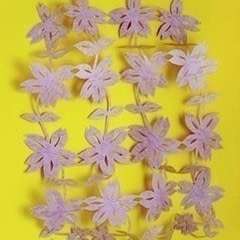 Kirigami Pop Up – Strings Of Sakura 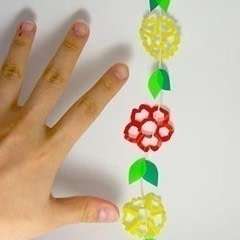 I'll add the link up in the description.
Reply

Jet H. · Haarlem, North Holland, NL · 108 projects 15th April 2010
beautiful , like the beads inside! very pretty, do you can give a how to or a link were i can see how you must fold this? thanks anyway of sharing this;-D
Reply