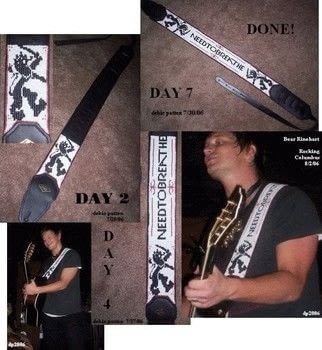 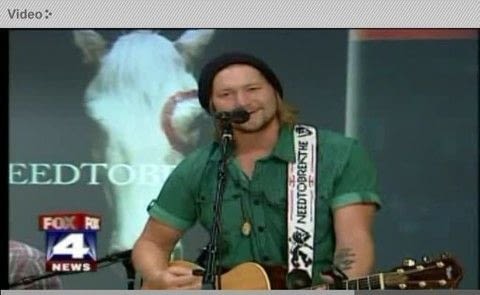 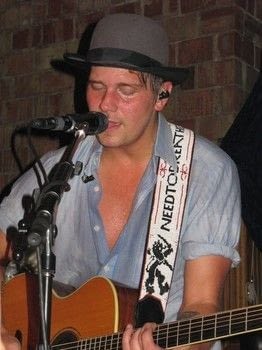 What do you get a rock star for their birthday? A one-of-a-kind, custom-made, hand-beaded guitar strap! :)
I got a wild hair one day back in 2006 and decided to make the guitarist/lead singer (Bear) of my favorite band at the time (NEEDTOBREATHE) a hand-beaded guitar strap for his birthday. He used it that night on stage, and ever since it has been making appearances all over the country, even on TV! I couldn't be more proud. :)

The lion design is one I created myself from a photo I took of the matching tattoos Bear and his brother Bo (also in the band) have on their forearms. The lettering used was their logo at the time of creation. There are over 8,000 seed beads on this strap, and each one was individually sewn together in the "loom stitch," then the entire strip was sewn onto a leather guitar strap, by me. It took an entire week to do, and I finished it mere hours before it was time to leave for the show the night of Bear's birthday. He ran around backstage to all the other bands and showed them "what this cool fan made" for him, and his brother asked if he could get one, too! haha :)

Debie posted this project as a creation without steps 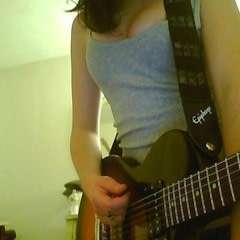 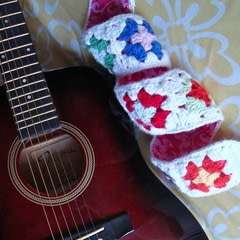 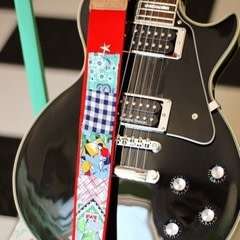 Raymond S. 8th February 2012
By the way, I was being very serious about buying one. Ive searched all over the internet for it and finally found it. it would truly be awesome if i can purchase one. thanks!
Reply

Raymond S. 8th February 2012
OMGOSH I want one exactly like it!! Would it be possible to buy one!!! i need a guitarstrap for my guitar and i would love to have that exact same one on mine!! lol seriously...

awesome job taught it was made by a professional i guess i was right!
Reply