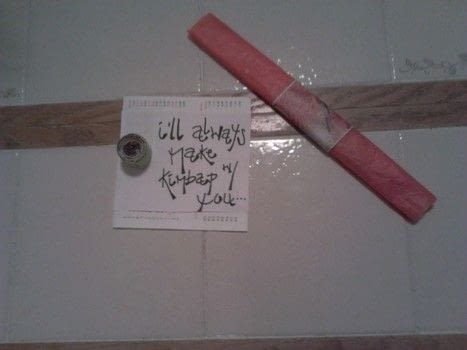 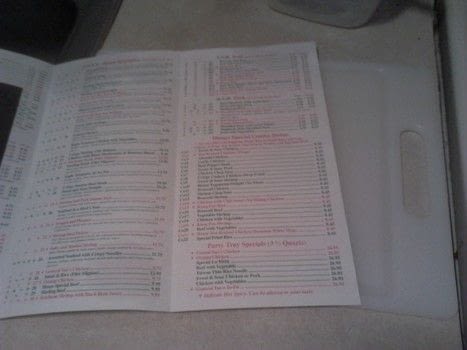 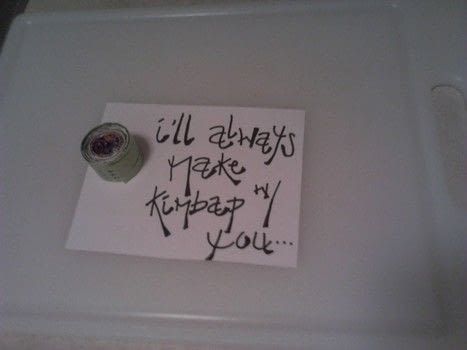 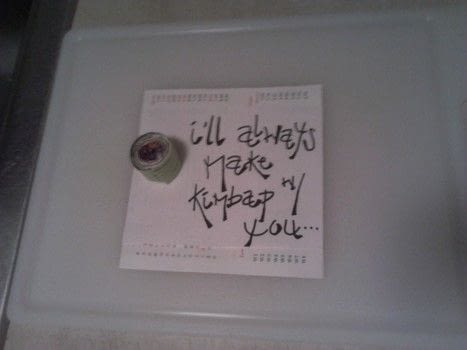 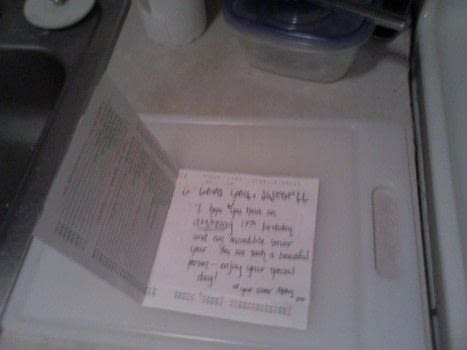 Based on Magazine Sushi by Cat Morley
Actually, this isn't sushi, but KIMBAP that I made for my younger sister's birthday card. Before I get corrected in the comments (:D), I know that kimbap isn't a sushi roll--that's just the easiest way to describe it to people who've never heard of it before. It's a rice roll with seaweed paper, yes, but it's actually more like a sandwich, because you can customize the fillings however you want. It's about $1 US for one roll, which is the perfect amount to snack on during a picnic or share with your friends while you watch a Korean drama (my favorite right now is Secret Garden). A year ago, my younger sister came to visit me while I was still living in Korea, and I decided to make this birthday card for her to remind her of her favorite Korean snack. I made the kimbap roll and attached it to the writing space of the birthday card, which was just white computer paper. The printed space of the birthday card was a Chinese takeout menu. Thanks Cat for the idea!

Abby W. posted this project as a creation without steps