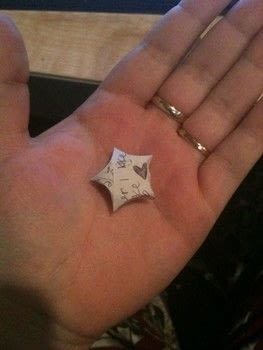 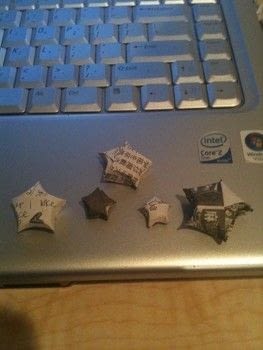 Based on Lucky Stars by Kameeri
LUCKY STAR NOTES?!
I loooove the lucky stars o--o All that I did to "change" them was I wrote a note along the strip of paper and was sure the fold it so the words were on the outside.
I used newsprint, which is a bit tough to work with because it's so soft, but it's really easy to write on.
I had some Japanese newspaper so I was using strips of it, haha. Those shown are the "best" ones, but they were also my first ones, so they're not too great. The note one is the best!

Lucifer A. posted this project as a creation without steps