Fascinator For My Friend's Club Night 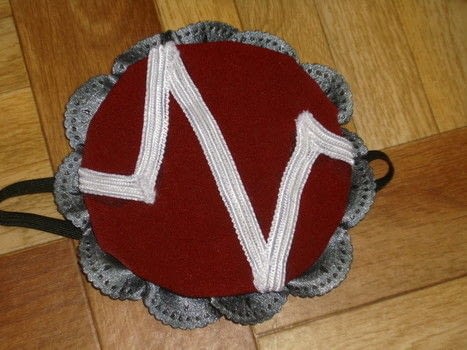 A seditious fascinator
My friend runs an alternative club night in Dublin called Sedition Industries, and I got asked to help out with one of the nights, so I decided to make myself a fascinator with the logo. It was a Japanese themed night, so hence I'm dressed up as a geisha in the other picture!
I started by making a thin circular cardboard base, cut out of a box for stockings. Then I trimmed a shoulder pad and tried my best to make it circular to sit on the base. It was a little lumpy so I covered it in a layer of masking tape to even it out, then covered it in red crushed velvet, turned upside down (the velvety side was too bright a shade of red), glued on the white trim, the grey lace trim. To hide the shear and utter mess that was the uderside of this fascinator I cut out an additional circle of card, stitched some elastic to it, then glued it to the underside of the fascintor, and held it altogether with drawing board clips and left it on the windowsill to dry.
I already had all these materials for this so it was relatively inexpensive for me to make.

Blue Ruin posted this project as a creation without steps 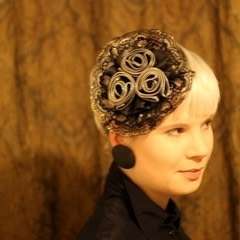 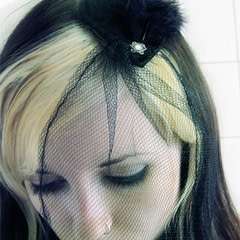 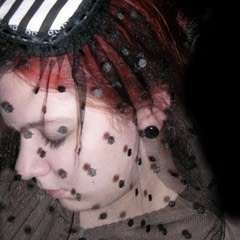 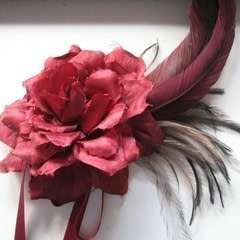 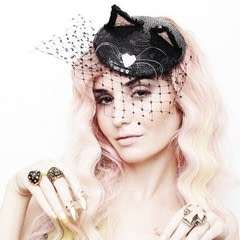 Audrey Kitching Cat Fascinator
Made this project? Share your version »