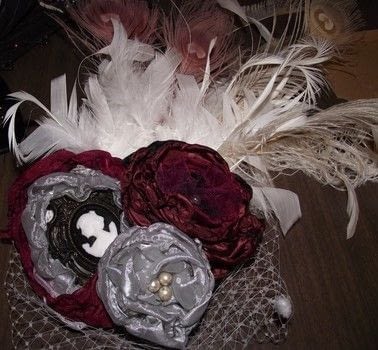 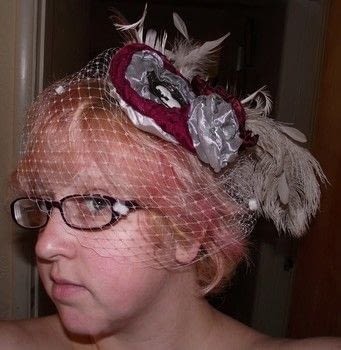 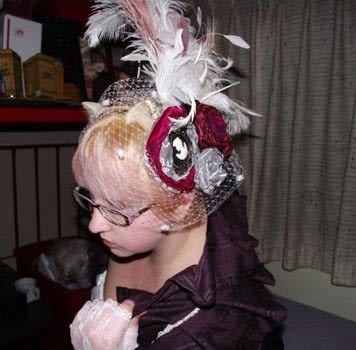 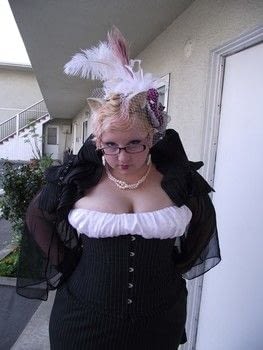 A facinator veil for my wedding.
I had planned on doing a large headpiece of feathers instead of a veil but then I played with some flowers from my shop and I decided that I liked the way that these looked like this on my half made feather veil.

I added some birdcage netting that had been given as a gift and wa-la a fantastic feather facinator.

some of the feathers are gently curled (which was miserable to do) if anyone was wondering what the curling iron was used for. It's rather simple though- just keep it on a low setting and take your time.

This is my veil for my wedding btw.

Mrs. Wolfe posted this project as a creation without steps 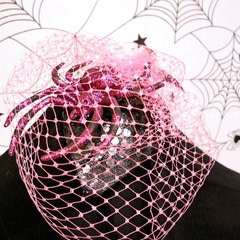 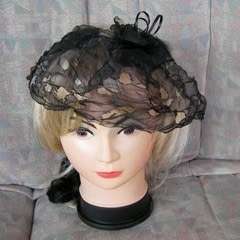 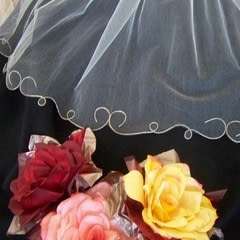 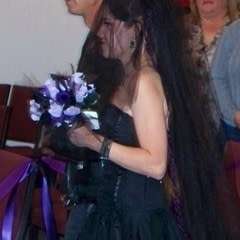 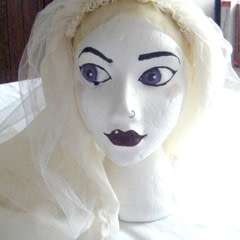 Basic Bridal Veil
Made this project? Share your version »