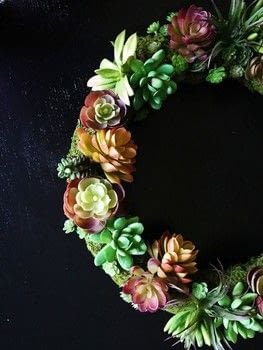 Beautiful faux succulent wreath created on a budget.
I needed something green to hang in my daughter's room so I created a succulent wreath. It is beautiful, classic, and can be used year-a-round.