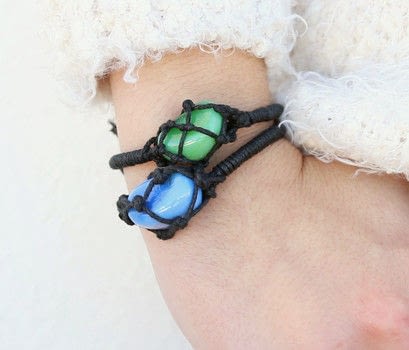 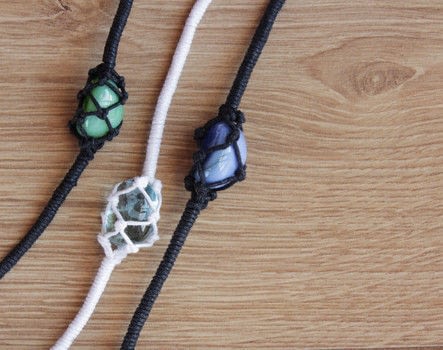 Find out how simple these are to make
Upcycle those fish tank stones and create these macrame bracelets, maybe give one to you best friend as a Valentine's present?

Linda F. · Lansing, Michigan, US 28th February 2015
Wow.this is perfect.I have a load is stones and did not know what to do with them.thank you for your site.this is great.

rosa r. · Reading, Pennsylvania, US · 8 projects 15th February 2015
hi i was wondering what brand of string you used and what size stones?

CurlyMade · Lisbon, Lisbon, PT · 45 projects 15th February 2015
the stones are about 2,5 cm or less than 1 inch, as for the cords I just used waxed cotton cord from unknown brand, got it of ebay