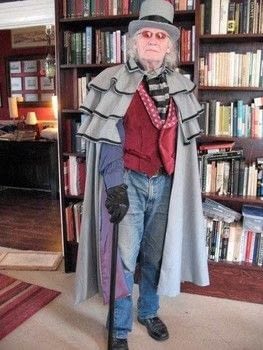 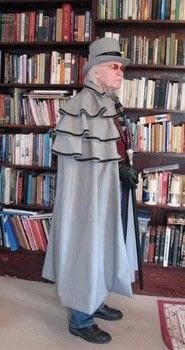 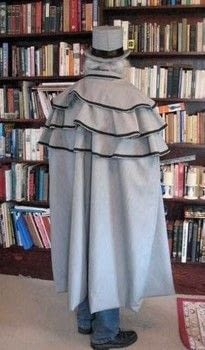 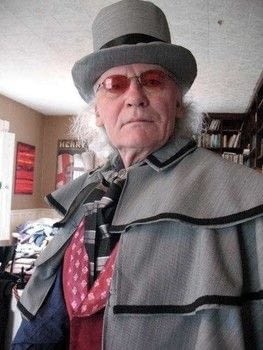 Perfect flounced cape for a vampire, steampunk gentleman or a Victorian or Regency costume.
This is a coachman's cape suitable for the late 18th century through the third quarter of the nineteenth century, or suitable for any goth or steampunk costume at any time :)

This is the costume for Dr Miracle, the evil and somewhat vampiric doctor from Act III of Tales of Hoffmann, who conjures up the image of a young girl's dead mother and forces the girl to sing herself to death. Totally operatic, eh?

I made it using a now out-of-print pattern: McCalls M4550. You can sometimes find a copy for sale (I found mine on eBay). I can highly recommend the pattern to anyone with decent sewing skills who is willing to take his or her time about things. This particular cape is a size Large, and it's being modelled by a 6 foot tall man.

This cape is made from bargain bin $4 a metre fabric, lined with purple Bemberg lining which cost more than the outer material! It's trimmed with flexible gimp braid. Total cost was about $70, but it left me enough fabric to cover the top hat (and probably to make a matching vest, if I want one).

dangerous mezzo posted this project as a creation without steps 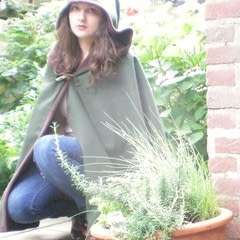 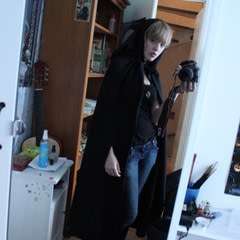 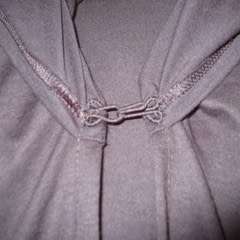 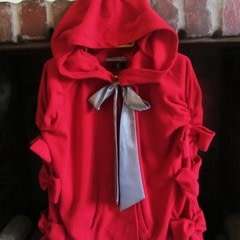 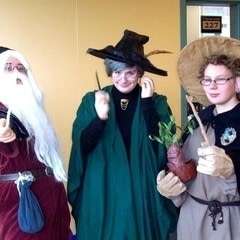