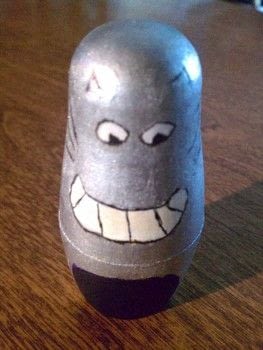 Not my best work- But, I still like it a little bit. Somebody out here might like it, I may as well share :)
NOT my best work, but better then I expected, being I am really, really, horrible at acrylic painting of any sorts. I had a nesting doll left from when I did doctor who nesting dolls, so I figured I should do something with it. I came up with this. So what if it doesn't look like a cat? It makes me happy, and look, he's smiling!