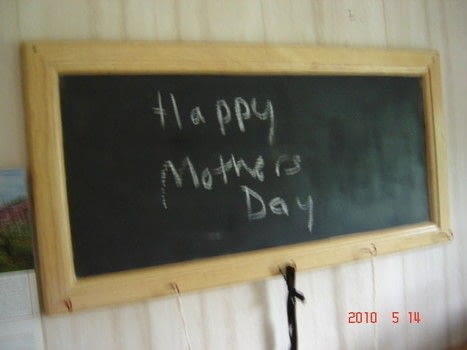 Mothers Day chalkboard for my Mom
I made my Mom some message board stuff for Mother's day, and this was one of the things that I made for her. I found the cabinet door at a garage sale for a dollar KNOWING that sooner or later I would find something to do with it (of course!). The list of supplies is big, but most of the stuff I already had in my craft stash.