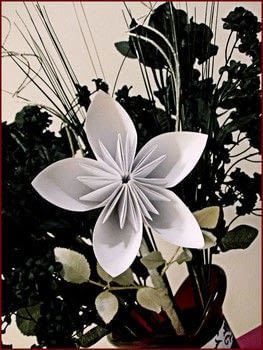 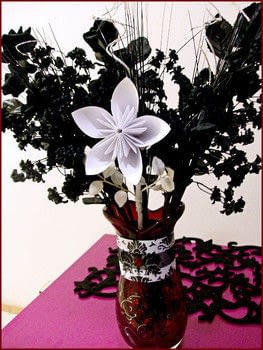 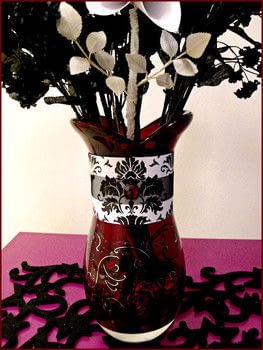 the first of four centerpieces for my DIY wedding
I plan on making 4 of these centerpieces total - I'm thrilled with the way this one came out and honestly, they've ended up being even cheaper than I thought they would be to make :)

I found 4 glass vases at thrift stores. They're not identical but I like that - the color is the same on all of them, to help tie them together. I found most of the silk flowers at Micheal's. The day I went there to buy some, they were actually having a big sale, so it was a nice coincidence. The black spiky things are floral fillers that I bought after Halloween on clearance years ago. I've been waiting for the perfect thing to do with them.

I added some pretty black and silver swirly flourish stickers to the bottom of the vase (I'm going to decorate them all differently) and then took a strip of black and white scrapbooking paper, covered it in 2 coats of modge podge, and then used a bit of spray adhesive to put the black ribbon in the middle. I taped it around the top part, taped it, and glued a red rhinestone there... to make it fancy, I guess! =P

I didn't like the single white silk rose I originally had in the arrangement, so after some google research, I decided to make a large white kusudama flower.

I used the tutorial here to make it:
http://www.wikihow.com/Make-a-Kusudama-Flower

I was surprised at how well it turned out! I had to put some floral wire on it, and cover it with white pipe cleaners to make a sturdy enough stem to hold it up. And finally... I added a bit of white curly ting, with glitter on it, and added some mixed marbles and bits of glass I already had around the house. 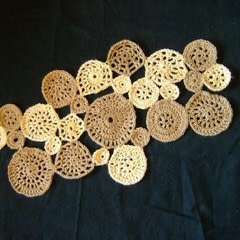 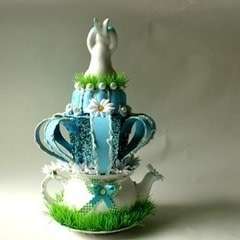 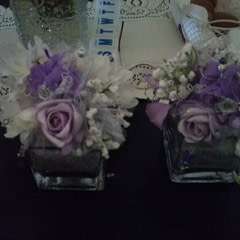 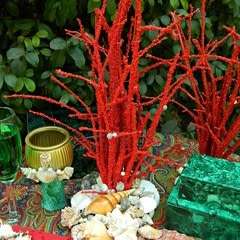 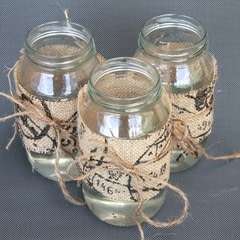