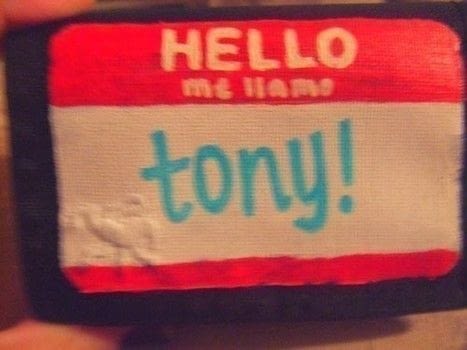 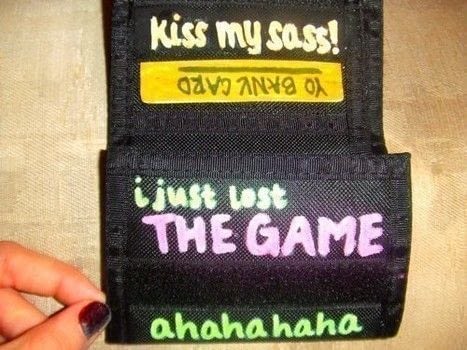 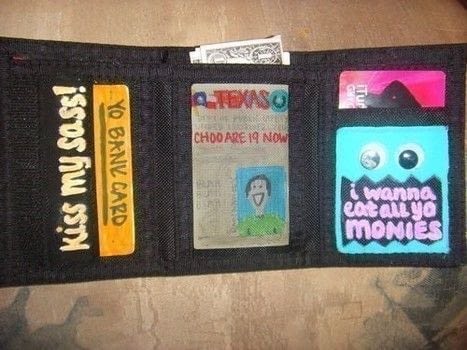 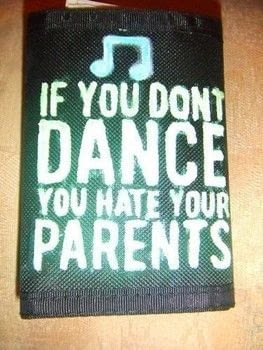 a good birthday present for a boyyy :D
after my friend tony saw my sisters superman purse he told me he wished he was a girl so i would make him one. so, for his birthday i made him a wallet :D i just painted things onto it that i thought he would like & were inside jokes between us. [yes.. i did cheat and stencil the back :D] note that i added a white out pen bc i put a layer of white on everything, then added the color over it to make it appear brighter! anyway.. i even made him a fake bank card, fake state ID, & added play money where the money goes. then as an extra, i put an i-tunes gift card in one of the credit card slots.. he loved it! oh & it only took 3 hours bc of drying times :]