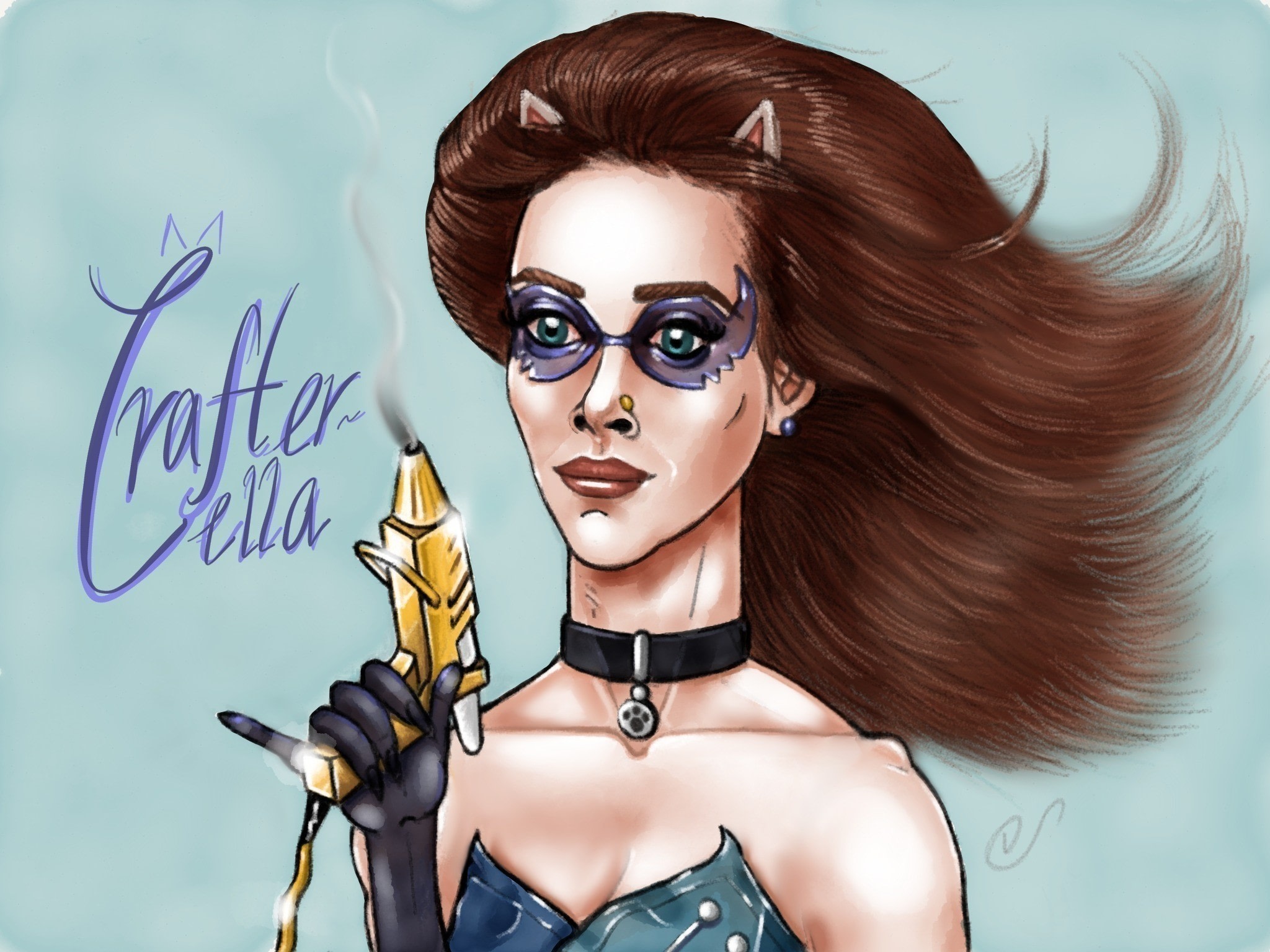 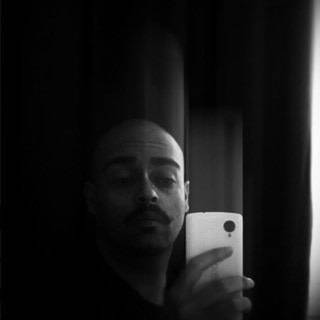 Sailesh is a freelance digital designer by profession, but his heart lies in doodling. He currently spends his allotted doodling time, on an iPad, using the Paper by 53 app. It’s a challenging yet satisfying experience.

He encourages everyone to give art a go, especially on the Paper app, as he curates a #MadeWithPaper blog celebrating artwork created on the app by other artists - fuckyeahmadewithpaper.tumblr.com is where you can find it.

I think so, I remember when I was really young making a mess in my granddad’s room, painting butterflies (you know when you fold a piece of paper in half and paint one side, and then re-fold it and open it, and be in awe of how good you are at art? Genius.), along with being an avid viewer of Tony Hart’s Hartbeat on TV back in the day. I think those two things were my foundation in what I creatively do today. 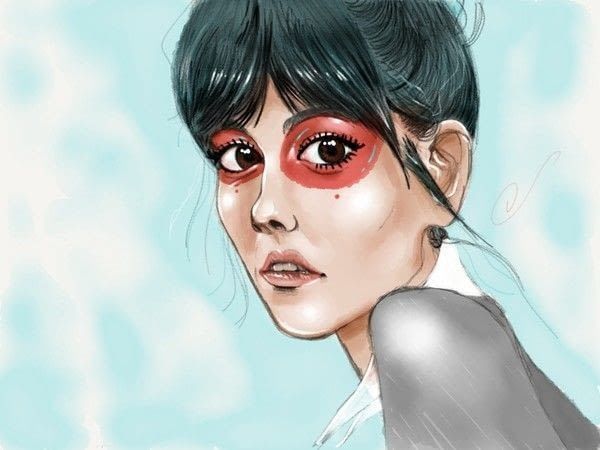 Currently, my style is dramatic, fantastical, and eyes. I get bored really easily and my style changes from time to time but I’ve noticed that I find copying from real life is extremely boring, so I like to twist reality in a way that makes my pieces stand out. That’s the power we have to abuse I guess. Also I have this weird thing for eyes, I usually tend to make them standout quite a bit on my pieces.

I’ve always focused on character design throughout my doodling life, I think it’s due to being awe-struck by the Mahabharat on BBC2 in the 80s, and fascinated by anime in the late 80s, and loving Street Fighter in the mid-90s. Cool, over the top, wild characters were something that I liked a lot. I guess that’s why a lot of my art is like it is, focused on a character.

My favourite tool right now, a part from the iPad, is my stylus. I’ve used quite a few iPad styli, but the first one I bought is my primary stylus. It’s Applydea’s excellent Maglus, it’s perfect for my chunky hands, has a good heft, and works amazingly well for what I do. It’s also magnetic so it’s less likely that I’ll lose it. 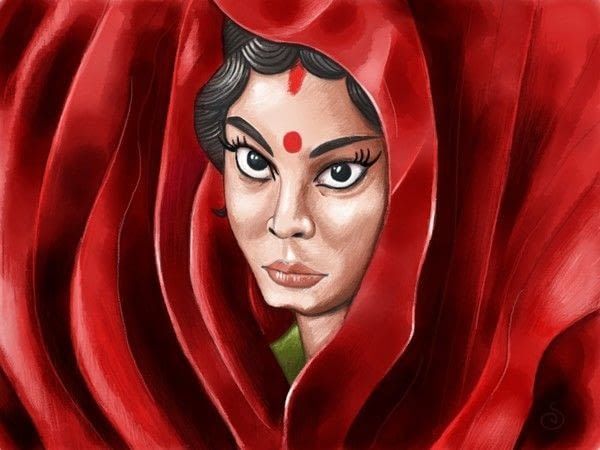 I like the idea of superhero comics but I haven’t read enough to give a solid answer. So I guess I’ll be going on from what I’ve seen in films, which is less than ideal for such a question.

If I’m honest, it’s not a hero but a villain. It has to be Loki! Tom Hiddleston plays him so well, and his dialogue delivery is so cool. And even though Loki is not a ‘hero’ he’s not totally evil either, there are hints of grey in his character and I think that adds depth. He’s someone you love to hate and smile at whenever you see him.

This is a hard question as there are so many. Perhaps teleportation? So I can go places without having the headache of transportation. Airports and planes are usually such a bane before going somewhere exciting, so ideally it would be cool to cut that out. 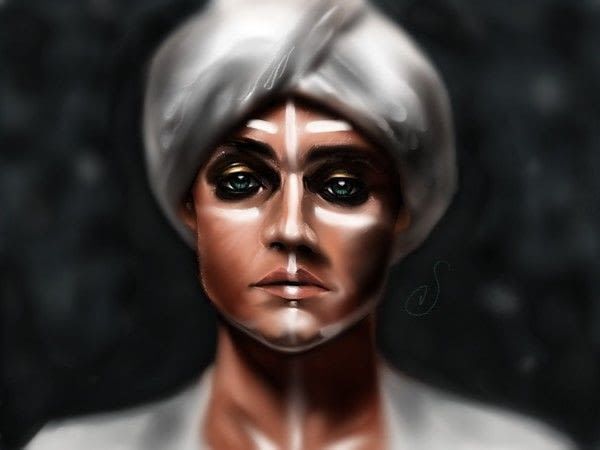 I think my inspiration comes from various places; Tumblr, mythological stories, video games, music, fashion, random faces in a crowd… I like to think I drink it all in without knowing and it somehow pours out onto the canvas.

I’ve always had a thing for pop art, Robert Rauschenberg and Roy Lichtenstein are probably my faves. I’ve also come to appreciate traditional art a lot more these days, I trip to the Louvre last year brought that out of me.

I did say I wasn’t too sure about comic books, but I’ve been trying to get myself into that realm a lot more recently. I’d say favourite author is Kieron Gillen, he’s excellent, and the combination of Gillian, McKelvie (art), and Wilson (colour) is just fantastic and makes me very happy. Their past work on Young Avengers was awesome and their new series, The Wicked + The Divine, is perhaps the best thing to happen in 2014 - it’s really mind blowing stuff. 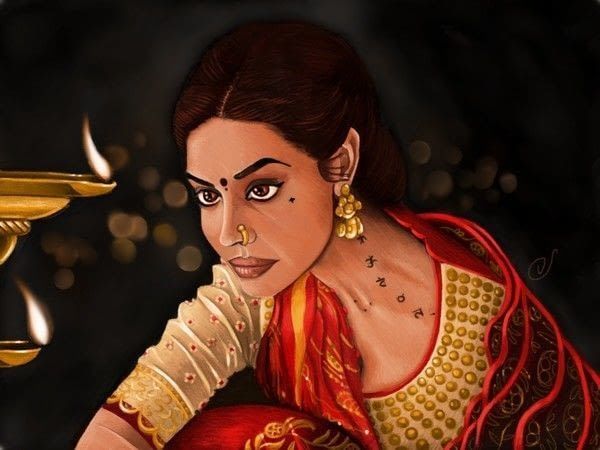