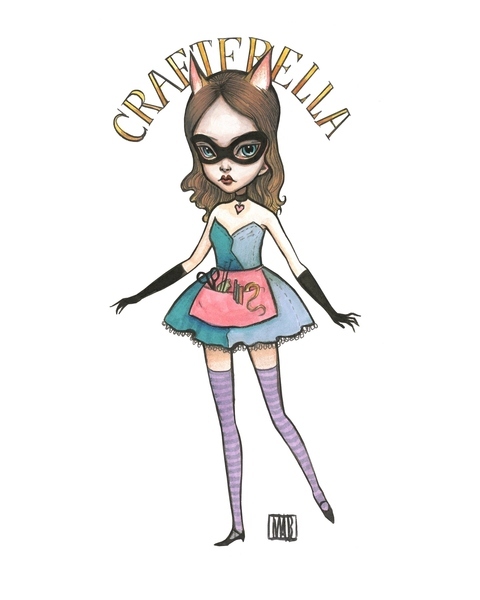 Mab Graves is a Contemporary Pop-Surrealist artist and illustrator living and painting in a converted 1800’s tavern in a small corner of the dusty Midwest. 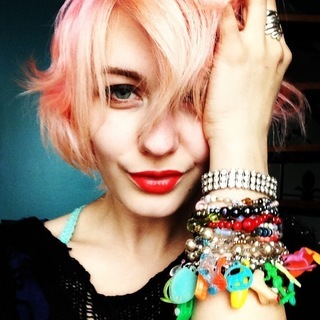 Her work is inspired deeply by fairy tales and old classic literature. She adores narrative.  She blames this on her parents who unrelentingly read aloud to her and her three sisters as small, impressionable children. Mab’s passion for creation has been an overwhelming obsession since she could grip a crayon, at about the age of 6 months. She spent her childhood and teen years adoring graphite and pen mediums (but being very suspicious of paints) until she discovered painting in early 2009, and then it was all over.
A self-taught artist, Mab’s work has been shown is galleries both nationally and internationally. Her work has been sold in more than 56 countries. Mab’s art has appeared in many print articles in books and magazines and in 2013 she published her first book of paper dolls with Dover Publishing.  She currently lives, works and dreams in Indianapolis, IN.

Oh yes! I have been obsessed with drawing ever since I could grip a crayon. It utterly fascinated me as a child and has stayed with me my whole life - but it’s constantly evolving. I didn't start painting till about 5 years ago.

My style is affectionately called “Lowbrow” or “Pop Surrealism”. It’s a very classical, detailed painting style with dashes of 60’s “big eyes” culture, cartoons, anime and j-pop in here and there. 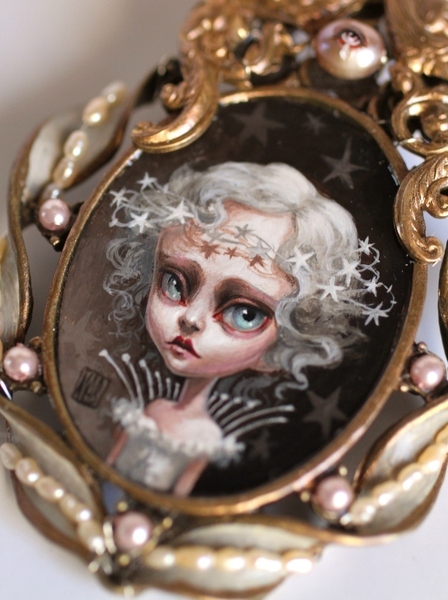 My pencil case has mostly Alvin Draft/Matic 0.3 pencils and Pentel brush pens. My work usually involves more wet mediums than dry ones though! For instance the Crafterella piece I made for you guys contained graphite, ink, art marker, watercolor, gouache and acrylic. I love to mix mediums because each one does something special ^_^

I have to say I’m a pretty big fan of Hellboy. I love the anti-heroes and I LOVE Mike Mignola’s illustrations! 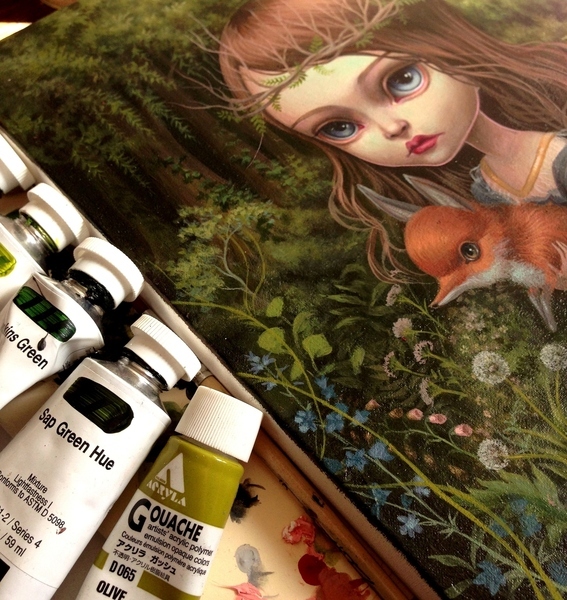 The power to heal people ^_^

It hugely depends on the project I’m working on. I love to look to books, fables, and old manga for inspiration in my downtime though ^_^ 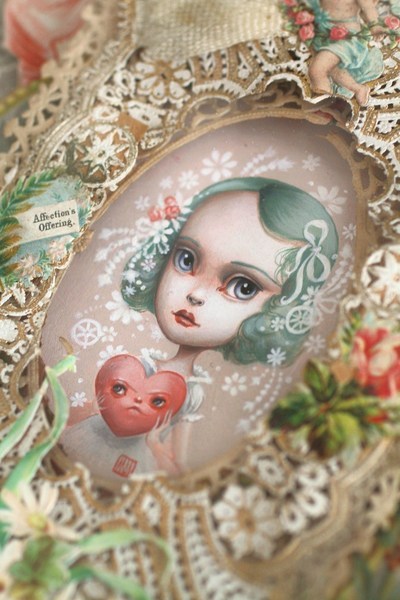 Can I choose comic book Illustrators? James Jean is tops for me. Also Yoshitaka Amano and Clamp. Other non-comic book illustrators I love are Gennady Spirin, Iassen Ghiuselev, Olga Dugina, and Kinuko Craft! 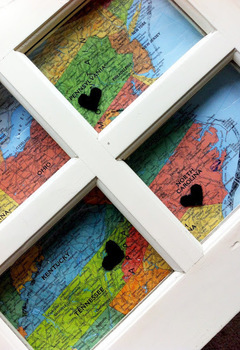 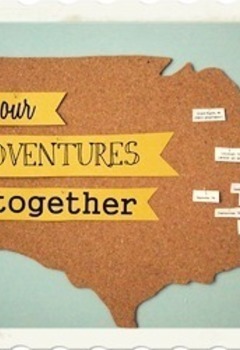 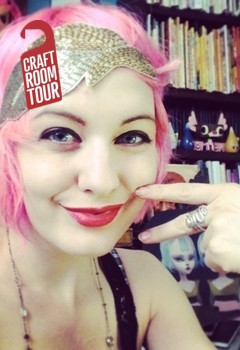 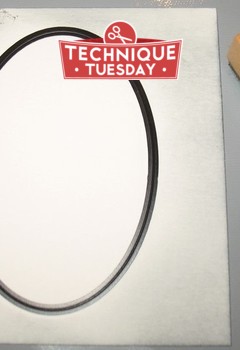 How To Frame A Stamped Image