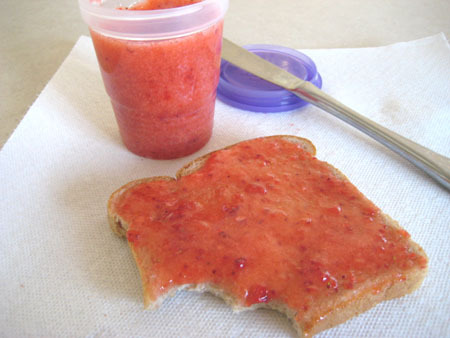 This jam looks really delicious and acording to Marie, it's super easy to make too.

You can find her recipe for Strawberry Freezer Jam on her website Makes And Takes.

Sex And The City Book 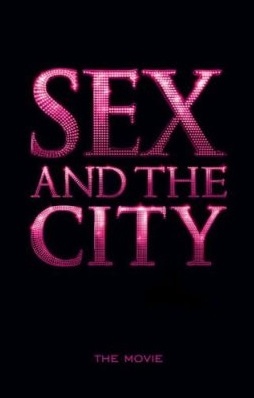 In the true style of Sex And The City, the movie book is more like a fashion magazine than a serious read.

The main body of the book focuses on the plot of the film, but there is also a catch up section for the preceding 6 TV series, the making of the film, the premiere and introductions by Sarah Jessica Parker and director, Michael Patrick King.

A bit like a picture book for the grown woman, each page is filled with designer clothing eye candy, and as the book steps scene-by-scene through the plot, there is commentary and insider gossip from the cast and crew. However, if it's the fashion you're in to, then you'll love the head-to-toe guides section where you're shown photographs of each outfit worn in the movie along with information on the designers for each item.

This is the perfect memento for any SATC fan and, although it won't beat watching the film, it will certainly keep you satisfied until the DVD comes out. 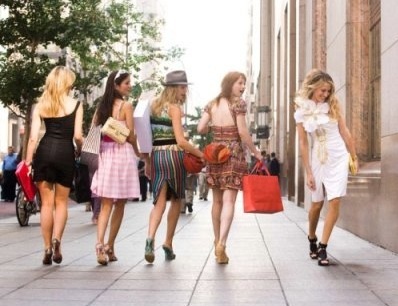 You can pick up a copy at HarperCollins or on Amazon now. 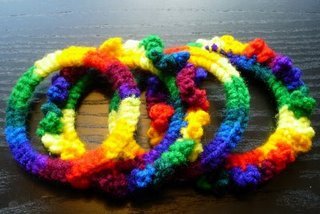 Pren has posted a how-to for making these fabulous rainbow Ruffle Bangles on her blog, Convivial Crafter. 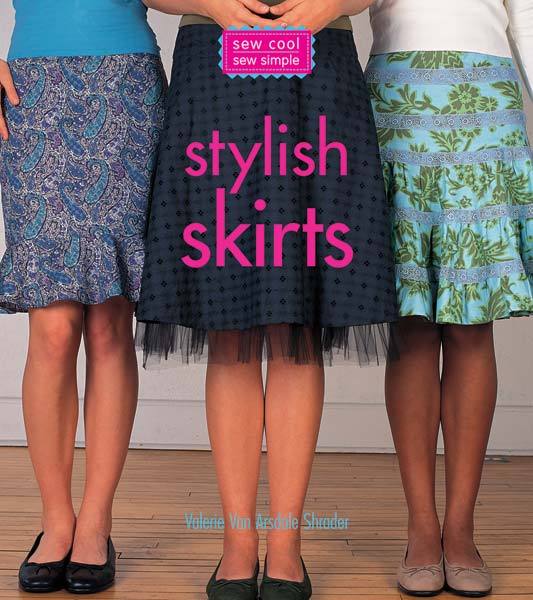 If you're a girly girl, like me, then you'll no doubt have a whole wardrobe full of skirts. However, if you've ever wondering about making your own, then Valerie Van Arsdale Shrader's Stylish Skirts is certainly the read for you. The book begins by explaining all the necessary sewing basics, techniques and tricks that you'll need to know.

Don't worry if you're new to sewing, as it's designed for the absolute dressmaking beginner and with detailed explanations on pattern making, sizing, embellishing and construction, you'll be equipped with all the required knowledge before you begin. There are ten skirt tutorials for making a range of styles.

So if you're an a-line girl, frilly girl or down to the ground type of girl, then there's surely a style to suit you!

You can pick up a copy of the book from GMC Publications or Amazon now! Check out a sample project from the book, Polka Dot Perfection Skirt.

If you're going to be in London this Wednesday and fancy a bit of alternative life drawing then you should check out Dr Sketchy's Sketch-A-Thon at Madam Jojo's. Here's the flyer but you can also find out more on the Dr Sketchy website. 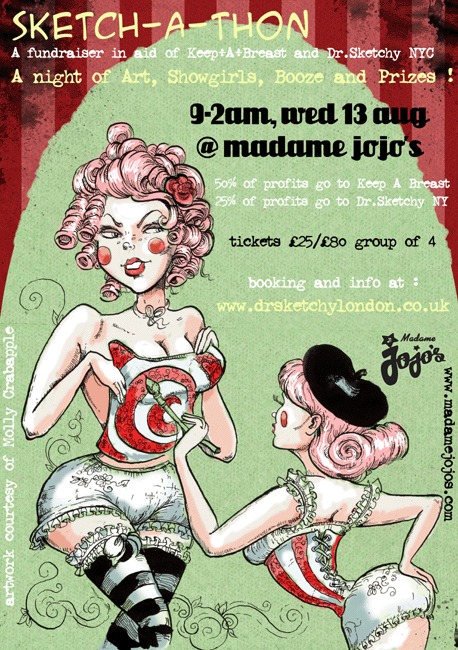 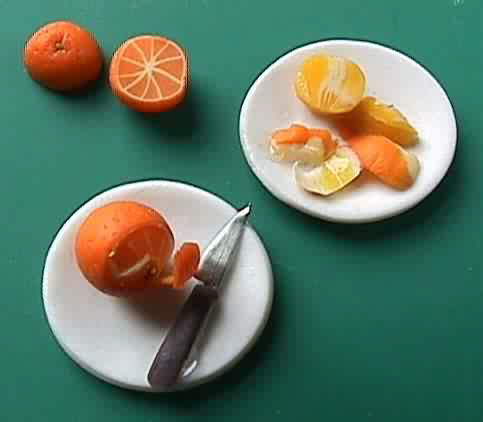 Pawan has posted a detailed photo tutorial for making these amazing tiny oranges out of clay on Hyd-Masti. 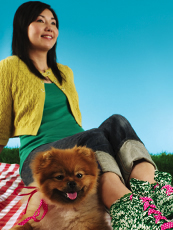 Our latest Crafty Superstar was the multi-talented Natalie Zee Drieu from Craft: Zine.

Check them out now >> 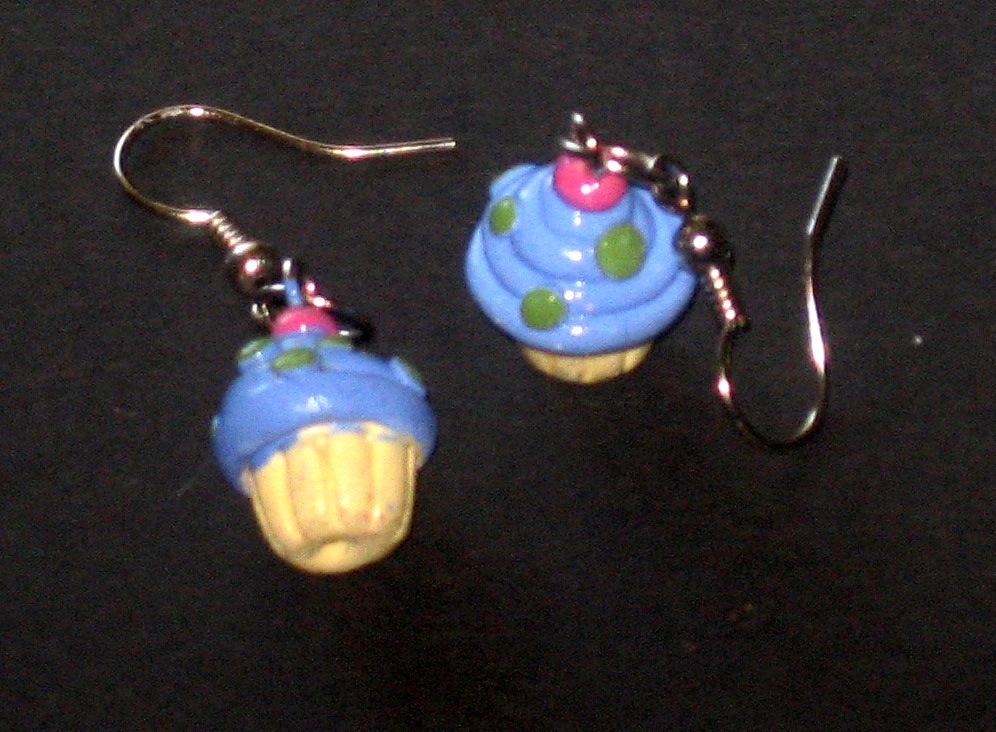 Even though they're made from clay, they look very yummy! 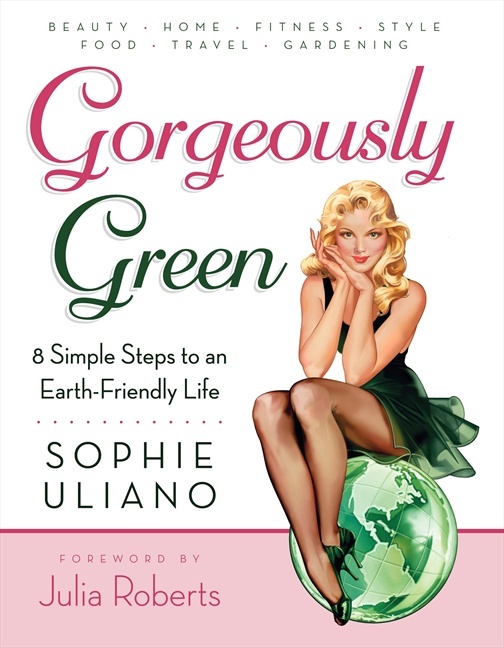 Sophie Uliano's Gorgeously Green promises '8 Simple Steps to an Earth-Friendly Life'. From that title, you may expect the book to merely cover the obvious areas of recycling and being friendly to the environment, but you'll be delighted to find that is covers a whole lot more. With a foreword by Julia Roberts, you know you're in good company from the start.

Focusing on one step per week, the aim is to have you living green in every aspect of your life by the time you hit the last page. By helping you recognize what is green, you will be armed with the knowledge to make the right decisions in regard to food, your home, travel and beauty.

Each chapter covers everything you need to know and many include recipes, instructions and how-to's to start you off. There's never been a better time to become Gorgeously Green and this is the perfect book to get you started.

Get more information at the Gorgeously Green website or pick up a copy of the book from HarperCollins now. 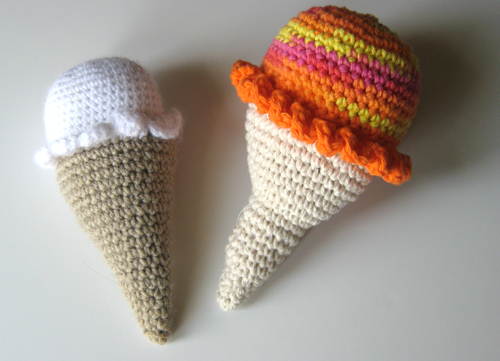 It sure is the season to be chilling out with an ice cream and that's why these crochet Ice Cream Cones from Wonder Mummy are the perfect Summer crochet project.

Check out the pattern now!