Hello, i'm Angie. I love to craft, especially sew. This year i actually plan on sewing my own halloween costume, kinda nervous though because ive never sewn clothing before. I love to make plushies, i can even draft my own patterns now! I try to partake in a lot of swaps. I just need to remeber to never left my boyfriend see any of the crafts i make, because he always want them for himself :p Anyways i have to say that this site has really improved my crafting abilitys, which i think is great. I love to make new friends, so drop me a message, i would love to hear from you

Some intrests/likes of mine:
. Gothic clothing ( its just such an interesting style)
. Chokers
. Any kind of plushie
. Animals, cuddly and scaly
. Hedgehogs!
. Bands I like ; FOB, Panic!, MCR, A7X, Eyes Set To Kill, etc.
. Neon colours
. Black and red 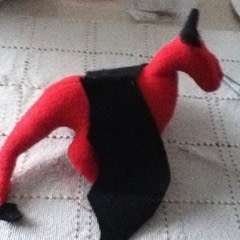 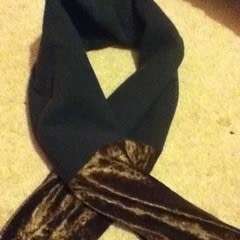 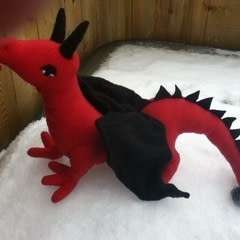 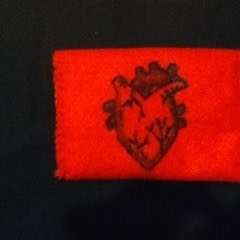 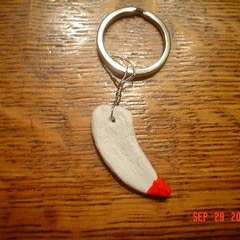 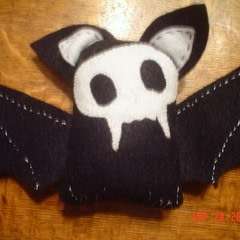 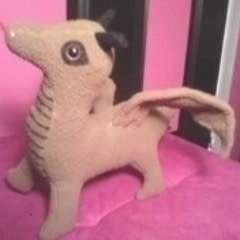 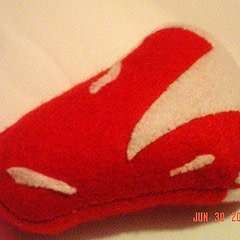 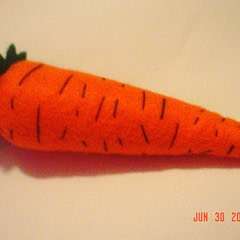 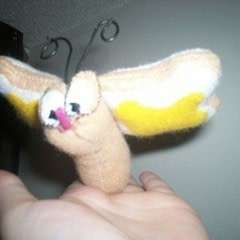 Lorrie Endemoniada DiGiulio · Kennebec, South Dakota, US · 9 projects 4th May 2012
What happened with the Horror swap? I haven't heard from you in a long time. hope all is okay.
Reply

Princess Pam-attitude · Pocatello, Idaho, US · 332 projects 20th August 2011
HEY! I got done already, lol! I had all day yesterday with nothing to do, so I made your bag

I posted a teaser on the swap request board. but if you want I'll post more of what it looks like. I just wasnt sure if you wanted to be completly surprised.
Reply

Dragoness · 28 projects 19th August 2011
I love your dragon plushies, do u use a pattern for them?
Reply

Princess Pam-attitude · Pocatello, Idaho, US · 332 projects 17th August 2011
Hi hi! Have you found any good ideas for bags/totes yet?
Reply

Your skeleton bat plushie is really cute! It reminds me of the Skelanimals stuffed animals. I've been seeing them around everything and no idea what these swaps are, could you tell me please? Like how does it come about? I'm so confused... :S Thanks.

Azraels Requiem · Bridgeport, Connecticut, US · 47 projects 29th December 2010
Thanks for the fav on Faulig

Jolanda · Nederland, Colorado, US · 54 projects 19th November 2010
no colours to avoid. I'm not so picky when it comes to that. happy crafting!
Reply

maybe the post man ate it for lunch. oh international post why do you take so long???????
Reply

Heather C. · Mt Holly, North Carolina, US · 56 projects 20th October 2010
hey did those cross stitch patterns ever get to you?
Reply

September 9th, 2010
Thanks, but I think your plushies are much cuter. "bread and butterfly"??? Really? How much cuter can you get!
Reply

Lydia H. · 20 projects 6th September 2010
Hey! Yes I did! I just got home from work so I am sorry I didn't reply sooner but no one let me know that it had arrived. Thanks so much - the German flag pin cushion is my favourite I think

. Thanks so much again for doing this first swap with me! I am going to be posting about the swap on my blog shortly so I hope you don't mind that I will be mentioning you in it.. please let me know if that is a problem

SparrowFae · Carthage, Missouri, US · 41 projects 3rd September 2010
I posted pics!!! I am so in love with the werewolf puppy...I make his tail wag, and he gives Sofi slurpy kisses.
Reply

Sarah 22nd June 2010
omg!!
i like your hedgie in your dp!
i actually have my own too!
mines a pinto, and her name is needles
Reply

April 8th, 2010
Thanks for the friend add and the awesome swappage=D
Reply

shelly belly! · Las Vegas, Nevada, US · 1 project 7th April 2010
that hedge hog is the cutest thing ever!! how much was it i love it lol
Reply

michelle G. · Antigonish, Nova Scotia, CA · 1258 projects 21st January 2010
hey, you didn't get my message? I sent you a message with my addy and everything. oh wells, I sent it again
Reply