My Little Ponies as you've never seen them before 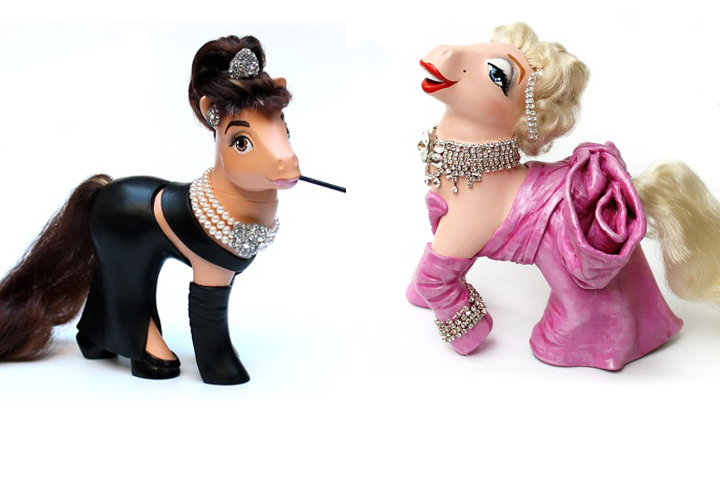 If you had a beloved My Little Pony when you were little, you're either going to love or hate the work on sculpture artist Mari Kasurinen, who transforms the toys in to celebrities and pop icons. Amazed by her work, we sat with the artist to learn more about her craft and where the inspiration came from. 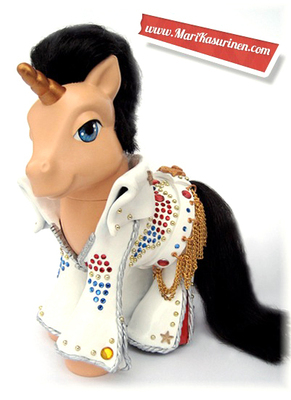 Have you always been creative?
Yes I have. According to my mother I spent my early childhood drawing and sculpting with play-dough. Beauty inspired me the most. If I saw something I considered beautiful, interesting or frightening, I had to draw it with my markers. I was always interested in trying new techniques and new materials.


Where and how did you learn to sculpt?
Everywhere and by sculpting as much as possible. I learned some basic sculpting skills in art school but mostly I've learned independently. I learn by doing. Every material you can sculpt needs it's own methods and tricks.

Who are your influences as an artist?
I get inspired and influenced very easily. My main source of inspiration is the popular culture so I have to be very open and attentive. I study the phenomenons which appear in the popular culture that interest me the most. Sometimes they are people, celebrities, products, stances or happenings. They can be loud and on everyone's lips or then something barely notable which swims in the river underflow.

My favorite artists at the moment are Andy Warhol and Damien Hirst. I also respect and admire Diane Arbus, Jani Leinonen, Mucha, Giovanni Boldini, Ai Weiwei, and Karl Larsson among other great talents. 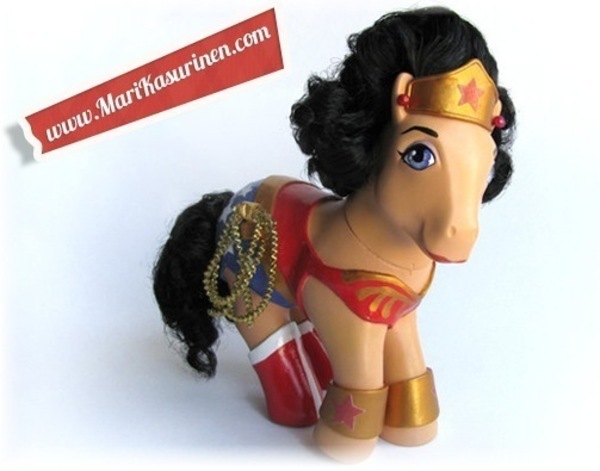 What inspired you to start customizing My Little Ponies?
I don't see myself only customizing My Little Ponies. The My Little Pony toy is just another medium for me to use in my art. The toy itself as an object fulfilled all of the requirements I had in the beginning before I started to work on with the My Little Pop Icon series.
In 2008 I was looking for a way to express myself concerning today's materialism and individualism. I was very interested in the whole customization phenomenon; how you can get anything done just for you. What does it tell about people’s identity today if even your credit card can't look like your neighbors one? When we surround ourselves with things that are and look just the way we want them to, what does it mean? Do we think that by that we can somehow exist more? To be what we individually are, even more? Is it a new way to use power and control on other people? Today it's very easy to get expensive stuff. It's not enough anymore when you want to upgrade your status.
Today a new competition has started; you have to know who you are and what you want. And you have to do it better, bigger and faster than anyone else. The consumer society and the social media demand us to make our identities and personas tangible - to give them a material form. Something you can see and even touch. 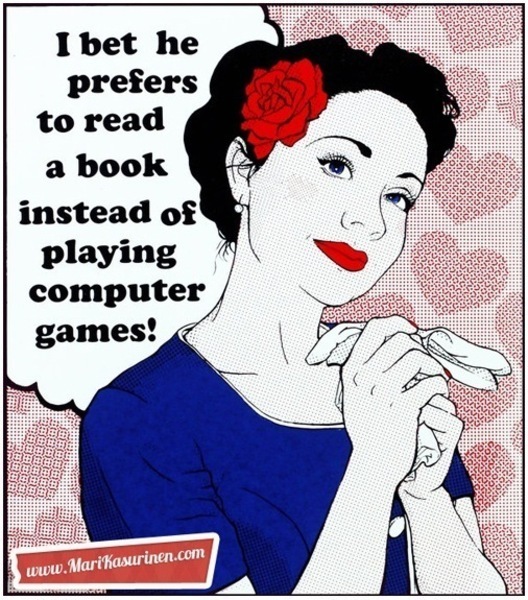 The land of opportunity, which formerly was known as The United States, has widened - today we can already talk about the world of opportunity. Unfortunately the promised opportunity has altered into a necessity, a compulsion. We live in a visual culture and are treated as if we were starring in a reality TV-show. Our external appearance has to and will represent our inner qualities. Features which are not approved by the media such as ugliness, overweight or abnormality are forbidden and will be comforted with aggressiveness or total denial. We are all expected to be super stars - to look like one and to live like one. Why? Because we can. The opportunity is there. And also because someone will make a lot of money when we try to.

I had a great urge to modify, to transform something. I found out that you can get even toys customized. You can decide what your child should play with. Play is children’s way to explore and understand the world around us. Through play they learn how to live and act in it as individuals. When parents get to decide and design their children’s toys which are their mediums in play, the influence is inevitable. That is why I chose toys. 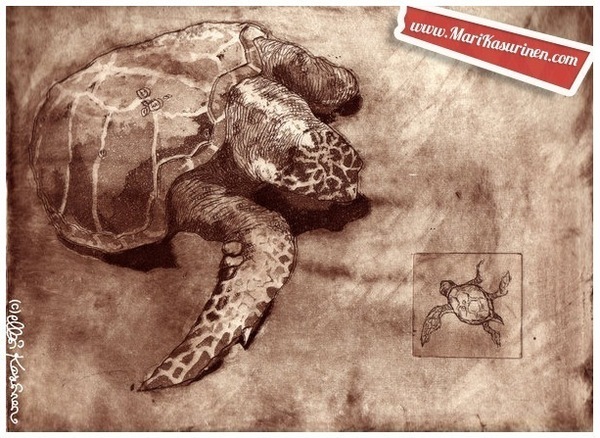 I wanted to work with Pop-icons. These famous icons are presented to us as examples, ideals, even as authorities. I wanted to combine this great urge which we have about our own private identity with the identities of pop-icons, who are more of an phenomenon than real, private persons.
I had to find a toy which provided a good basis for my work. I tried Barbies, Action Mans, He-Man dolls, tin soldiers, plastic animals... They didn't fit. Then I found what I was looking for; My Little Ponies. They are so plain - some plastic and fake hair. They didn't have a gender and the fact that I could transform a human character into pony form was really exciting. I had a lot of new nuances to play with. There were no boundaries.

Nowadays Hasbro manufactures Generation 4 My Little Ponies so the look of the pony toy has gone through some major changes since Hasbro started to manufacture them in the 1980s. The look and design of the pony has always described and represented the beauty ideals of it's own time. This feature was also very significant and one of the  main reasons why I chose the My Little Pony toy as a base for my art.

What materials are involved and are they difficult to make?
Nowadays I mix all kinds of materials but there's always an original My Little Pony toy underneath. I also always use polymer clays, nylon hair and acrylic colors. I have a new My Little Pop Icons series in the making and with them I experiment with different materials as much as possible. I use metal, fabrics, organic materials like fur and feathers, pearls, other plastics, crystals... It really depends on the piece. Sometimes I let the added materials to show as themselves but sometimes I also disguise them and make them appear as something else. 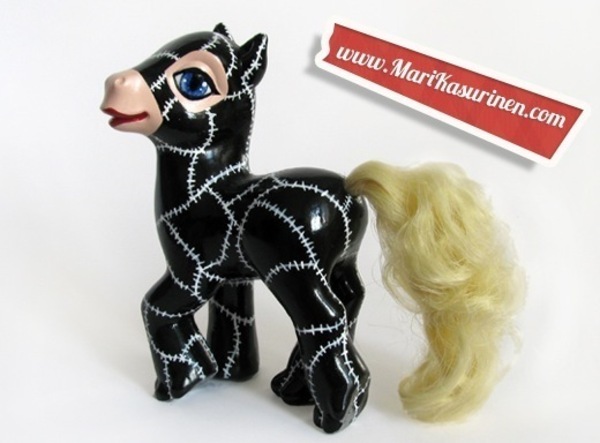 Which pony is your personal favorite that you've created so far?
It's very hard for me to name a favorite. Nowadays I tend to favor the one which is in the making. The process requires so much time, work and accuracy that it becomes very intimate. The unfinished piece conceals so many promises but also problems that have not yet been solved.
Which other toys did you love growing up and could you imagine bringing any of them in to your art?
My other favorite toys were my He-Man, Batman, Turtles and Star Wars themed toys. It's very likely that I will continue using themes and imaginary from those worlds but I doubt that I would bring the actual toy figures into my art.
What's your workspace like?
I prefer to work from home. I have a little cozy studio in my apartment and a storage room for all of my materials and equipment. I like to have my work present and available so that I can work impulsively. I know that most artists don't want to work from home because there can be some many distractions but for me it works reversed - I'm able to work a lot more. 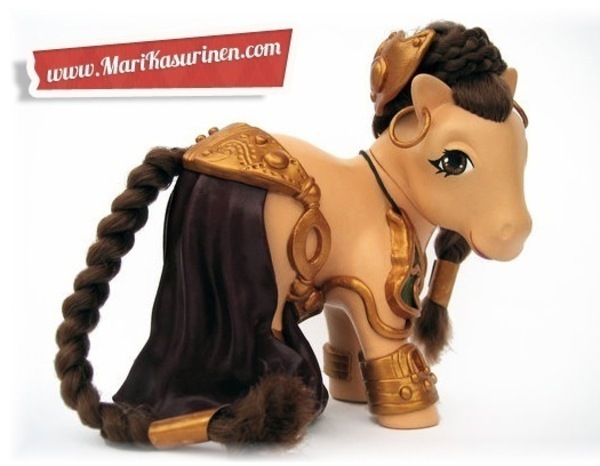 What advice would you give to new artists and sculptors starting out?
One cliche I would have to say; It's a hard business. To make a living by doing only art is depressingly hard to achieve. It's not wise to build yourself an identity which would prevent you from doing any other work or profession. Versatility is a necessity. I would also emphasize the importance of being open, conscientious, hard-working, sincere and inventive. Even though the competition is hard making art should not be about performing over and over again, like filling out a check list. There are a lot of ways of doing art and being an artists. Be true to yourself.

What's next for you?
I only recently signed a Representation contract with one of the most prestige art galleries in the world, with the Galerie Gmurzynska. For me the next three years will be very exciting and full of new interesting options and possibilities.

You can see more of Mari's amazing work on her website »