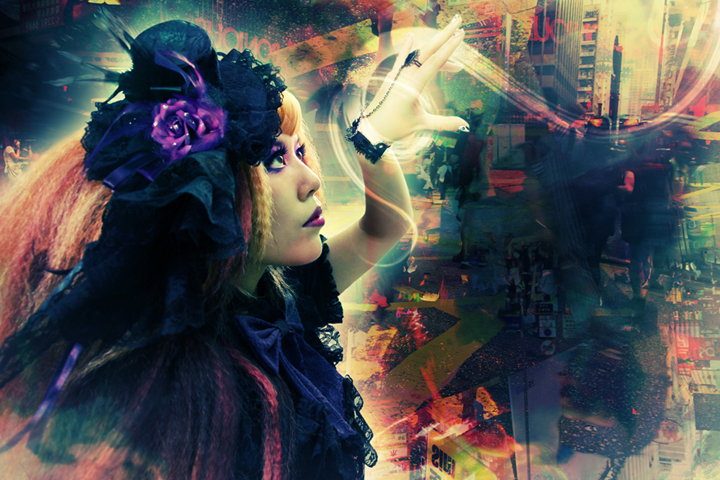 
I do love the oddities in life, the eccentrics, the strange, the bizarre. Aren’t they just a bit more fun? Normal is not a way to describe La Carmina AKA Blogger, Fashionista, Author, Journalist and TV Host Extraordinaire. After chatting to La Carmina I was immediately drawn into a world of Harijuki Fun, Scottish Fold Cats and Japanese Bagel Heads. Phew, it was a roller coaster ride, but I’d buy another ticket anytime! 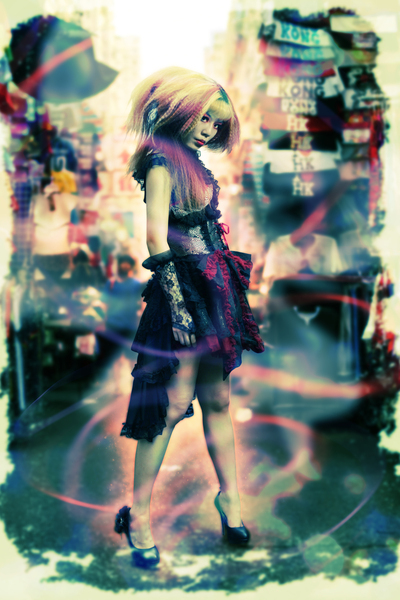 “Coolhunters identify trends and hotspots (such as upcoming artists, destinations, bizarre pop culture). La Carmina Explains to me, "I run a company, “La Carmina & The Pirates”, with my First Mate, Naomi Rubin. As alt/Goth/fetish insiders, we help our clients get access to underground culture. For example, a photographer recently hired us to help him find and shoot alt youths in Tokyo. We frequently work with TV shows as production arrangers; Naomi and I suggest locations, characters, and topics for filming. Since alternative lifestyles are often misunderstood, it’s our personal aim to present the material in a fair, positive way. We’ve worked with National Geographic, Food Network, Travel Channel, Fuel TV, Discovery, CNN and other major networks; you can see our reels here.”

With such a crazy schedule, I couldn't wait to find out how she manages to keep her blog updated while staying on top of so many other project.  “I like to let experiences sink in before writing about them, so I don’t stress over putting up posts immediately. For example, I went on a press trip to Phoenix in late December, and began blogging about this journey in mid-January. I also prep articles in advance, and edit photos in batches; I don’t keep a strict schedule, but aim to put up content every few days. By keeping the process fun and organic, blogging is a pleasure.”

"Since alternative lifestyles are often misunderstood, it’s our personal aim to present the material in a fair, positive way." 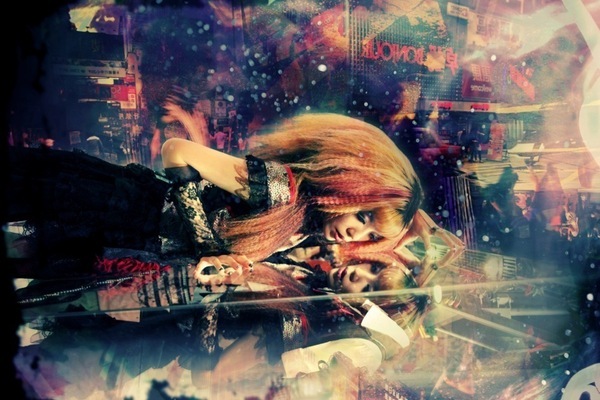 In Autumn 2012, La Carmina presented an episode of the National Geographic series “Taboo” explaining the bagelhead procedure. Much backlash in the press ensued, so we asked La Carmina to clear things up for us. “Beginning in 2009, my company, “La Carmina & The Pirates,”  “fixed” or coordinated several TV episodes about Japanese bagelheads, or forehead inflation. This body modification involves a saline solution drip into the forehead, creating a bagel-shaped bulge that lasts for about a day. Extreme body modders do this as a form of performance art, physical morphing and play. Last year, the Pirates arranged the National Geographic “Taboo” episode about Tokyo bagel heads. When the segment aired, it went viral, and I even appeared on CBS “The Doctors” to speak about it! Unfortunately, most media reports were over-blown and spread misinformation: bagelheads are not permanent or dangerous, and are certainly not a trend. I’m sadly not surprised about this reaction, as the news too often latches onto “wacky Japan” stories and blows them out of proportion. It’s inevitable that there will be negative comments about extreme body mods, but I hope people will try to understand the context and keep an open mind.” 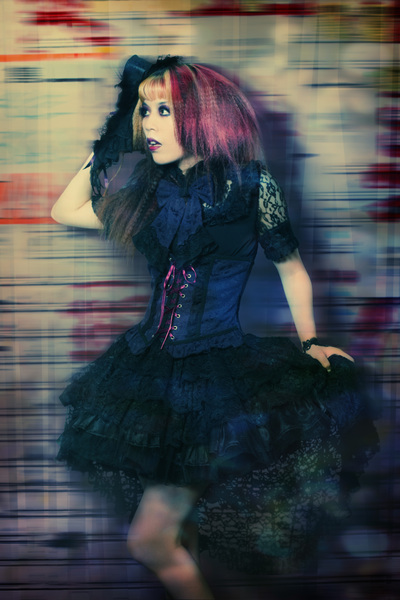 I’m hoping that since La Carmina seems to be an extremely busy person, she makes time to relax and keep herself grounded, so what does make her happy and chilled? “My Scottish Fold cat, Basil Farrow, never fails to make me smile. He’s a plump, cream-colored, earless fuzzball – remarkably intelligent, and with the gentlest personality. Nothing beats snuggling up to Basil, and giving him a tummy rub! There are a million adorable photos of my round-faced kitty on my Twitter and Instagram.”  Looking to the future I am intrigued as to what it hold for La Carmina and the Pirates.  “I’d love to do a travel TV show where I explore alternative and underground cultures around the globe, such as extreme body modifications, wild theme restaurants, Gothic nightlife. How about calling it: “Where in the World is La Carmina?” In a way, I’m already doing this: I’m grateful I’m able to fly worldwide to host TV programs and travel videos, such as Mexico for Day of the Dead, Leipzig for Wave Gotik Treffen, and Miami for Art Deco Weekend. However, it would be terrific to have my own full-format program that airs on worldwide networks. And if there was an unlimited budget, I could bring along my friends and family!”

Well if that’s the dream then what’s going to be the reality? I ask La Carmina what is official plan for the future? “It’s hard for me to predict where I’ll be, since technology changes so fast. Ten years ago, there were no blogs or social networks, and I never imagined I could have the career I have today. I hope I’ll still be doing creatively satisfying work with my friends, in a variety of arenas (TV, writing, design). I want to keep traveling and sharing my first-hand experiences with alt culture. To me, my work is meaningful when it helps people understand different lifestyles."

DarkAshHurts
“Wow she sounds fascinating. We're both into a lot of the same things, so I'd definitely watch her show if she had one! Lmao
I'm heavy into body modification, & I totally understand the backlash. People are always going to judge & be afraid of things they don't understand. I've seen a few "bagelheads" in America as well.” 1st April 2013