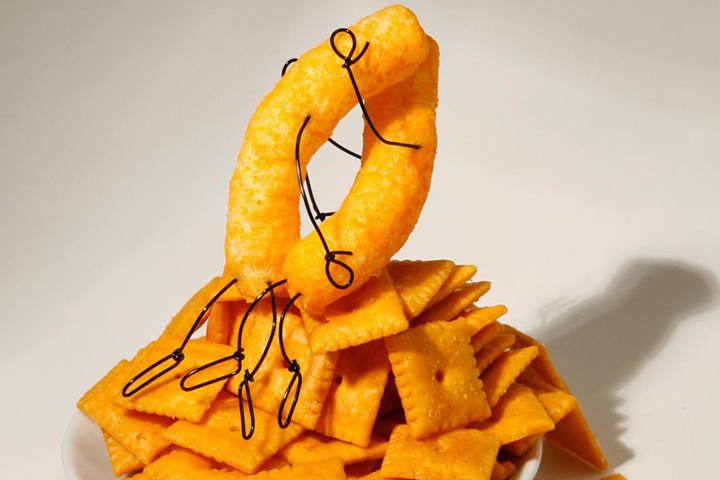 
Terry Border has been combing household items with wire to create incredible bent objects. We caught up with him to find out how they're made and where the idea came from. He also put together a video guide, so that you can have a go at making your own:

Okay, so I've seen your blog and the things that you do, and it looks pretty incredible! How long does it usually take to make one of your creations?

Once I have the idea finalized, making the final image rarely takes more than 2 days, and often can be done in 3 or 4 hours. Getting the idea and figuring the details is the difficult part.

Is it hard to do?

Depends on the idea. Some of my things are very, very simple. Some not as much. 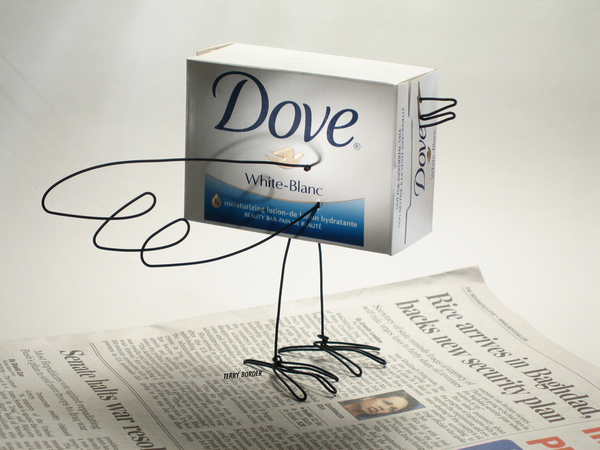 When did you start bending objects?

It's really cool, and I can see how anyone would want to make something like it, but what made YOU want to do it?

I was making small wire pieces at the time, and decided to add some objects as "bodies" so as to give some mass. Things progressed from there in ways of speaking of the objects that I added, and people connected with what I was trying to do.

Has the budget for these little pieces of art gotten bigger since you first started?

When publishers began to show interest, I purchased better cameras, but as far as each project, not really. 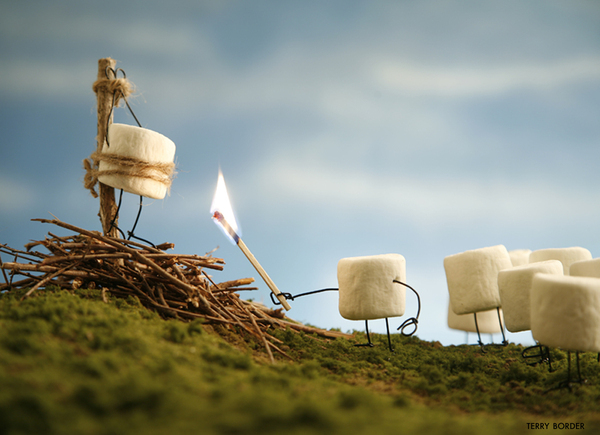 Have you ever considered selling these pictures?

I sell some, but it's a lot of legwork (trips to the post office, etc.). Most of my art income comes from books, calendars, and greeting card royalties.

What, or who, are your inspirations?

People on the internet doing cool things inspire me. Alexander Calder is my favorite artist, and his work with wire from the 1920's thru the 1970's inspires me. 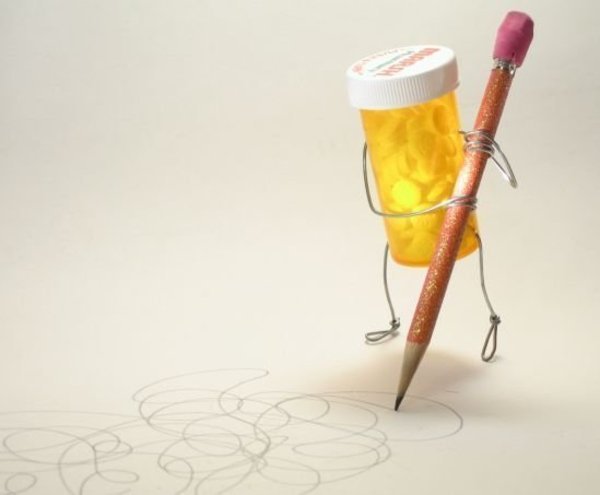 When you first started bentobjects.blogspot.com were you expecting it to become so popular?

No, not at all. I had no expectations but to maybe sell a few wire pieces for coffee money.

I noticed you had some animated shorts, and I thought they were quite interesting, and it set up this last question for me: What's your favorite move?

I enjoy many films, but I suppose I enjoy Amelie most of all. We watch that 2 or 3 times a year.