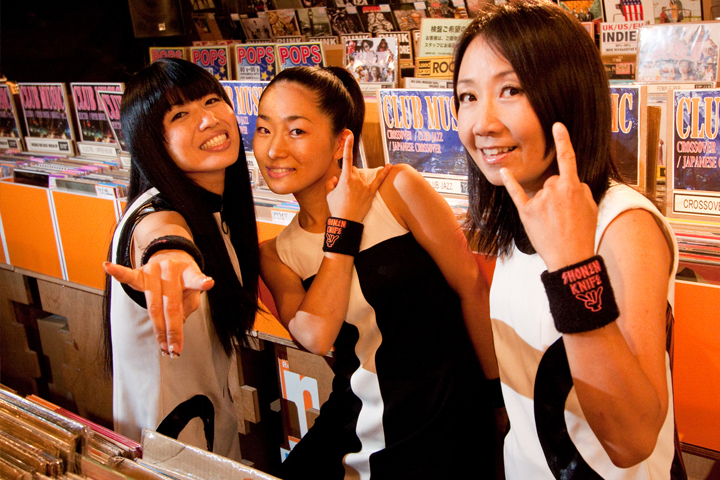 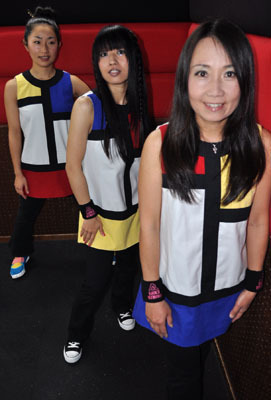 Shonen Knife are an all-girl pop-punk band from Japan. After more than three decades in music, the band have picked up a cult following with fans such Sonic Youth and Nirvana. We caught up with singer and guitarist Naoko to find out more.

Who's in the band and how did you form?
Original members were I, Naoko (vocals & guitar), my younger sister Atsuko (drums & vocals) and my friend Michie (bass & vocals). I was bored of my daily life and wanted to have something interesting. At that time I was a big fan of late 70’s punk pop, so I wanted to be like them.

You've been around since 1981 and Kurt Cobain was a fan. How did that come about?
I formed Shonen Knife on December 29th 1981. We’ve got an offer from Kurt to be their opening act for their UK tour in 1991. We went to their American tour in 1993, too.

Present members are I, Naoko (vocals & guitar), Ritsuko (bass & vocals) and Emi (drums & backing vocals). “Shonen” means “boy” in Japanese and this word has a cute feeling. “Knife” has a dangerous image. When cute and dangerous are combined together, it’s just like our band... I think.

You're on tour at the moment, where is your favorite place to play?
I can’t compare the cities but my favourite town is Osaka, my hometown. I can feel comfortable there.

How would you describe your sound?
Basically, our songs are punk-pop but some songs are hard rock, ballad, techno, disco and more. The lyrics are unique and I don’t want sing about love and dark things. We always want to sing fun songs because I’d like people to be happy through our music.

Who are your musical idols?
My idols are The Beatles, Ramones, Buzzcocks and late 70’s punk-pop bands. Lately, I have been listening to ‘70’s American rock, ‘70’s British Hard Rock and Classical music.

Do you have any time for arts & crafts?
I like to draw pictures and sew but I don’t have enough time to do it. I also love tennis and I play twice a week when I’m not touring. I also have tennis lessons in Osaka. 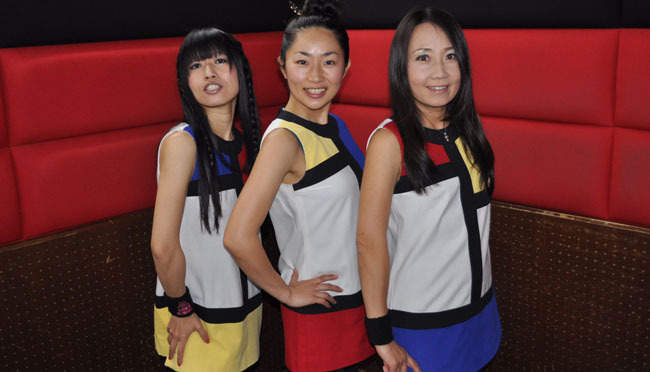 Who would you invite as a dream dinner party guest?
Rafael Nadal. He is the No. 1 pro-tennis player.

What would you be doing if you weren’t in the band?
I can’t imagine! I might be a tennis player.

What’s next for Shonen Knife?
Next year will be our 30th anniversary. I’d like to release some interesting music and do fun events.

You can find out more about the band and when they're playing near you on their website.