Ghost stories from York, the most haunted city in England. 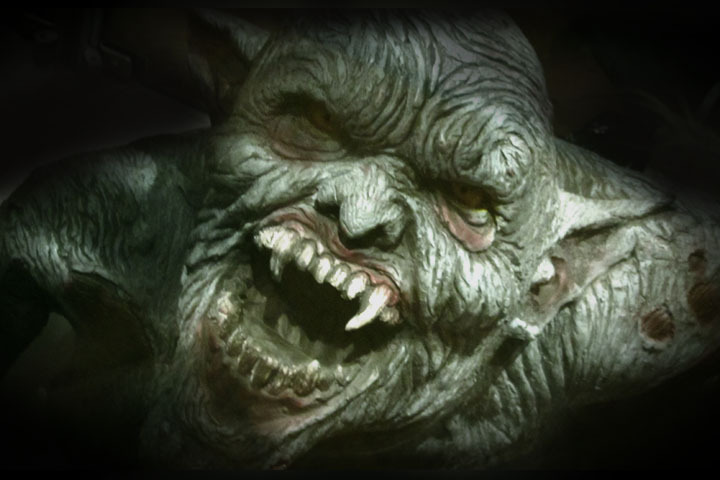 
Awarded the prestigious title of “most haunted city in England” by the GRFI (Ghost Research Foundation International), York is the perfect place to visit if you have an interest in the supernatural. It is a beautiful city, but with an unmistakable ghostly feel, perhaps due to the high number of old buildings and graves scattered everywhere about the city. Some websites place the number of ghosts at 140, with over 500 separately recorded hauntings, and with so many it's no wonder that the several ghost walks and hunts of York - which range from traditional storytelling to shocking visuals – are able to update their talks regularly and always keep the audience enthralled.

"140 ghosts with over 500 separately recorded hauntings."

One of the most famous stories is the tale of the Roman legion in the Treasurer's House. In 1953, an apprentice plumber named Harry Martindale was working beneath the house on his own, when he heard the sound of a horn being blown, and before him he saw a man step out of the stone, dressed entirely in Roman attire. Behind the man came a slowly moving troupe of Roman soldiers, some on horses, that walked straight past Harry, not looking at him for a second, and through the other wall. Harry was able to describe every detail of their clothing, but what especially struck him was that he could see nothing of the soldiers from the knees down. He stood and watched in terror as they walked by him and disappeared through the opposite walk. It was only when they were all gone that he immediately ran to the doctor where he was signed off from work for “shock”, but never returned to work in the Treasurer's House. He only talked about his experience in public twenty years later, at which time he discovered that the Roman road that had run directly through the Treasurer's House had been lower than the current one – just about the length of a man's lower leg.

Many of the places these ghostly happenings have taken place are off-limits to the public, meaning that unfortunately the tours must simply stand outside of certain places – but this does nothing to lessen the atmosphere. Even better are the tours in winter, when you can explore the city in the dark, and perhaps believe that the chill running up your spine is the presence of another being. Although some locations may require more imagination than others, many of the buildings have remained the same, and some of the magic of York comes from the fact that you can stand just two streets away from a main road, but somehow seem miles away from the 21st century. 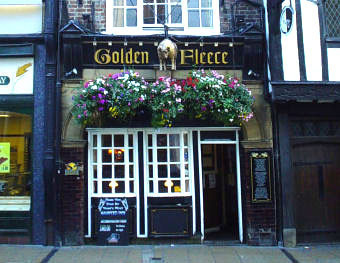 Although of course, there are many other ghost experiences in York without attending a ghost walk. With over 350 pubs in York, you would expect that a few of them claim to be the “most haunted”, but they are all worth a visit. My personal favourite is the Golden Fleece, a beautiful old pub and inn, which is said to be home to at least 5 supernatural beings which haunt its' upstairs rooms and crooked hallways. One evening out, I asked one of the bar staff if she had ever seen or heard anything, to which she replied that no, she had never seen anything for sure, but on several occasions she had misplaced things in the cellar, sure she had left items on the table only to find them gone, and never appear again – the same cellar where the bodies of hanged criminals would be kept until relatives collected them. She then laughed, and confessed that on occasion she would flick on and off the lights to frighten tourists.

"The best stories are hidden in the smallest, darkest corners of the city where tours may not go." 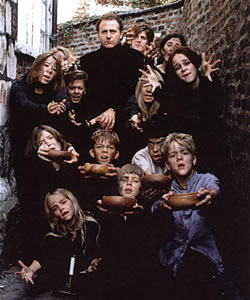 As a connoisseur of ghost walks, I've tried out a few of them, but to anyone visiting the city of York I would recommend the Original Ghost Walk, especially on the evenings which are lead by the charming Yorkshireman Mark Graham, who uses his cane to great effect when dramatically telling stories (although any of the other gentlemen who lead the walk are fantastic!) Mark often claims that his interest in ghosts stems from his having astral dreams, and from seeing and hearing what others may call ghosts, although one of his most appealing features as a storyteller is that he never claims any stories as fact, but reminds the audience that this is only the story that has been told. The Original Ghost Walk began as a way for history teacher Jon Mitchell to engage his students in their lessons, and was turned into a professional ghost walk by Peter Broadhead in 1973, taking then ten years to transform into the established tourist attraction it is today. It remains a fantastic walk for anyone wanting to hear about the history of York and its' buildings, as well as some interesting tales – and it is left up to you whether you choose to believe or not. It is also a good one if you aren't keen on having actors jump out at you; even though there is audience participation, Mark believes that the stories are powerful enough without having to physically frighten the audience.

"The stories are powerful enough without having to physically frighten the audience."

Of course, if you are in it for the horror, you can try one of York's many other ghost walks, including the The Ghost Hunt of York which provides practical jokes on the crowd as well as the audience favourite of watching the tour guide “cut” through his own wrist with a knife. Many of the more theatrical ghost walks can be identified by the sight of a man in cape and top hat – also making them easy to spot on their way home if you fancy asking them a few questions, or directions to a particular ghost site. There are also many fantastic books that will provide you with places to go if you want to take an unguided ghost tour – and sometimes, the best stories are hidden in the smallest, darkest corners of the city where tours may not go. 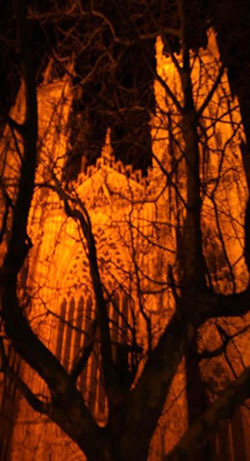 I'll leave you with one of the most famous stories known around York, but scarcely known elsewhere – the story of the children in Bedern. Bedern is situated just down an alleyway from a busy street in York, but once you reach the square you are shrouded in silence – a silence far too absolute to exist in a busy student city, in the middle of blocks of houses. Years ago, an orphanage was built behind the streets, which was run by a cruel man who sold the children out as labour. He soon discovered that when the children eventually died (a common event at the time, especially for the children forced to work in chimneys, but also from abuse in the home) that he would cease to receive funding from the council for their well-being. Being a greedy man, he began to hide the bodies of the children underneath the floorboards, and about the house. But the guilt devoured him, and he believed he could hear the screams of terrified children where he had kept the bodies. He eventually went truly mad and massacred the remaining children, before spending the rest of his life in an asylum where he still heard the children. To this day, visitors will hear the sounds of children playing and laughing – although it is said that if you stop to listen too long, the laughter will turn to screams of terror.


CO+K User
“in cardiff [where i live]
in cardiff castle in the library where the owner died
all of the books fall of the shelfs! ahh spooky
but it sounds scary in york! love to visit” 5th November 2011

lolEffects
“I don't think there is any need to read this and 7 pm. Today has been pretty frightening for me...” 5th October 2010

Knittin' Kitten
“Mmm yes, York is so beautiful. The Golden Fleece is my favourite place to have a quiet drink =)” 4th October 2010

Bryony
“York is fantastic for ghost stories but it's also extremely beautiful and The Golden Fleece has some great real ale.

Midori~ K.
“That's a scary tale.. I wish I knew that went I went to York

hahaha I went to a ghost experience i can't remember the name know but it had a heavy atmosphere and a Ouija board D:” 3rd October 2010