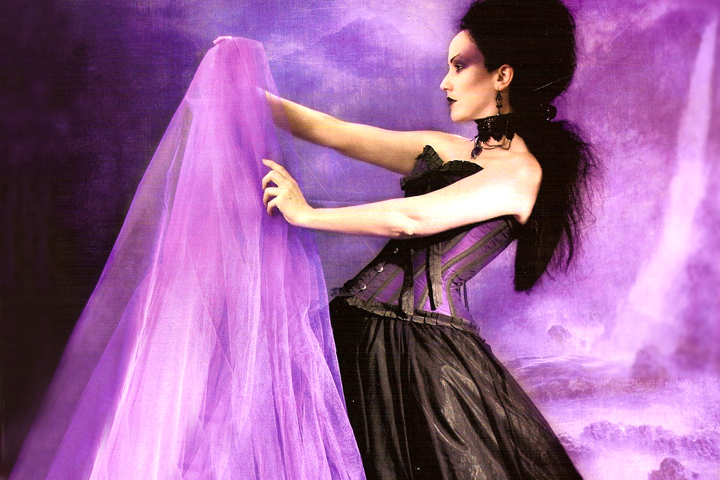 
Alt Fashion is a UK-based magazine started by Leona Turford. From university project to sixteen issues in print, Leona has proved that it doesn't take an army of editors and financial backers to make it in the magazine industry and that if you put your mind to it, anything is possible! We caught up with this inspiring editor-in-chief to hear her amazing story. 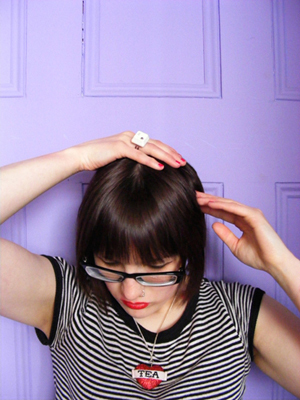 "I think I always wanted to be some form of artist (musician to painter to obscure sculptor). I first started studying Photography at college; I was more into the artistic side rather than commercial, but by studying Multimedia on my course I ended up being pulled to the 'dark side' and turned to design work. Alt fashion was actually my final project at university, given so much free reign on what I could do, I decided to try my hand at creating an alternative fashion website" explains Leona on how the magazine first got started. "I was forever browsing through U.S sites like Batgear Beyond for clothing companies and it was so hard to find UK based companies and sites, that it sparked the inspiration for the project. It was intended to be a sort of online platform for UK based companies and designers, covering the entire spectrum of alternative styles, from gothic through to kawaii. It took a lot of work to pull it off, I spent a good few months chatting to folks on forums, pottering around nearby cities, and sending a good few emails about the idea to a few UK sites. The support behind it before it had even launched was so fantastic that I decided to go ahead and launch it properly, rather than just leaving as a template site doomed to go un-viewed outside of my university final show; and thus Alt fashion went live!"

"My degree in Multimedia really helped but I still had a lot to learn when it came to the world of print work. I had a few contacts prior to launching the magazine, who without, I couldn't have afforded to even publish the first edition." Having literally launched as soon as Leona graduated from university, we wondered if the magazine was easier or harder to start than she imagined. "I used to do a few cut & paste zines back in the day, so when the idea to extend Alt Fashion to a magazine cropped up in my mind I thought I may as well try it. Aside from Gothic beauty there wasn't really much similar fashion focused magazines for the alternative side of fashion running at the time that I could find. You could of course find a few bits occasionally in the big mags like The Face, but there wasn't as much focus purely on alternative designers and companies, so it just seemed like such a good idea. Looking back I do wish I'd waited a little longer to launch, but the feedback from companies I was working with was great from the launch issue so it was worth the extra stress. And it was more than worth it seeing it all printed up and being able to admire the months of work all finished and stapled together."

"The magazine looks at alternative fashion and culture and it's out three times a year. In between issues there's content on the website including competitions, product reviews and a news blog. Alt fashion literally covers a bit of everything and not just gothic style, there's a bit of rockabilly and punk, through to vintage and couture. The readers are just as interested in alternative fashion in all it's splendour as I am; there are subscribers as far and wide stretched as New Zealand and Canada, so it's not just a UK thing." Now in to it's fourth year, the design of the magazine has come a long way since the early issues. "The magazine has really changed dramatically! The latest issue is much more graphically styled when you compare it to the first issue. I was painstakingly putting it together using Photoshop back then! As each issue has progressed my editing skills have really changed, I've been taking pinches of inspiration from the big boys of the fashion industry (Vogue, Wallpaper). The content has really changed too. As I've gotten feedback over the years I always take it on board to make little changes here and there. Of course having a fantastic team of contributors to hand has been a great help, everyone's always on board with some amazing ideas for features and shoots with each new issue!" 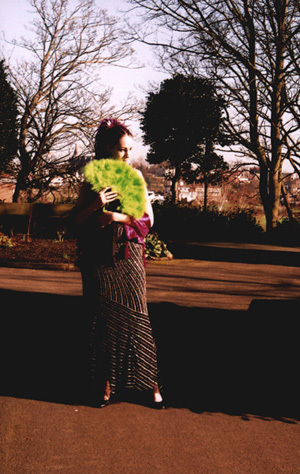 Leona does an incredible amount of work for the magazine - everything from hunting down features and laying out issues to packing and mailing off the subscriptions. "Most days involve checking emails while half asleep with a cuppa in the morning. There's so much to check up now with social networking booming. After running down with the post I usually spend time either researching companies and designers for features, putting together spreads, or setting out pages for website updates. It's even busier around a magazine deadline. I can be multi-tasking emails, and putting together spreads for hours till quite late in the day. Up to the last few weeks I'd actually been cramming this all in around my (now ex) day job too! So I'm back to my day schedule which is a bit of a nice, if not completely unexpected change. I usually have notes day-by-day in my diary for what to do, this really helps when it's deadline fortnight. I'm forever scribbling notes for each issue, email updates, and website content all over the place."

"My own personal style was really moulded by Nicky Wire... much to the point of turning up to school with a glittery panda eyes and a faux fur coat." 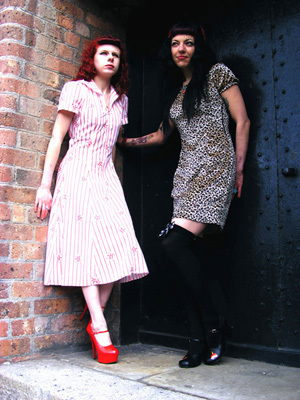 "I love magazines like Nylon, The Chap, Vintage Life, Vogue, & Wallpaper. I've also been getting into zines like Lula and Pop too. I usually tend to read e-zines like N.E.E.T, Auxiliary, Knitty, and of course Snippets! A lot of e-zines seem to have vanished lately, which is a shame as there were some fantastic little ones tucked away on the web." She continues on to share inspirations which helped her in the early days of Alt Fashion. "When the concept for the site first came about I was really inspired by Shoichi Aoki's work for his zine and book “Fruits”. I was also hugely inspired by fellow zinesters in the UK. In terms of my own inspiration I've long been inspired by the bands I grew up listening to during the Britpop era in the mid 90's. My initial interest in alternative fashion was much more sparked by the bands than anything else. My own personal style was really moulded by Nicky Wire, Shampoo, Kenickie, Candida Doyle (Pulp) and Brian Molko; much to the point of turning up to school with a glittery panda eyes and a faux fur coat, which when you live on the Wales, England border is a rather brave move indeed. It also explains my long running obsession with vintage attire, huge plastic rings, and glitter."

Looking to the future, the next few months look as busy as every for the magazine. "It's really been all go this year for Alt fashion, with new contacts on board for the reviews section and new companies in contact all the time… I just hope it can continue like this. To be able to run Alt fashion full time, as my main job, would be marvellous but it might take a few more years to reach that stage. It's just great to have more interest for now, and to see a real improvement since I re-designed the site earlier this year. For now I'm just looking towards the next two editions of the magazine. There's some quite exciting features being planned for the Winter issue which is due out in December; so I'm just excited to get that put together at the moment. Anything else is a lovely bonus!"

You can find out more about Alt Fashion and pick up an issue on the website.

Leona is always on the hunt for new writers and regional contributors to cover events for both the site and magazine, especially in Scotland, Midlands, & North East. If you're interested just send her an email!

Bryony
“The Chap is brilliant especially Atters, he is just a sweetheart! x” 4th October 2010