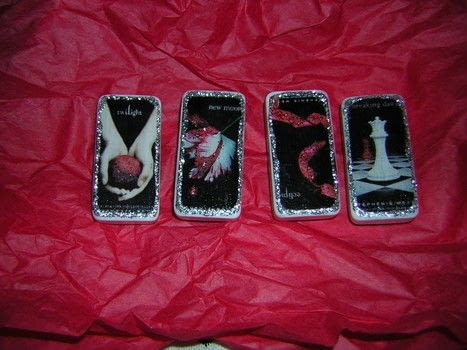 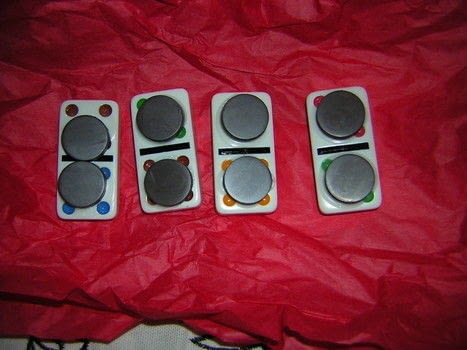 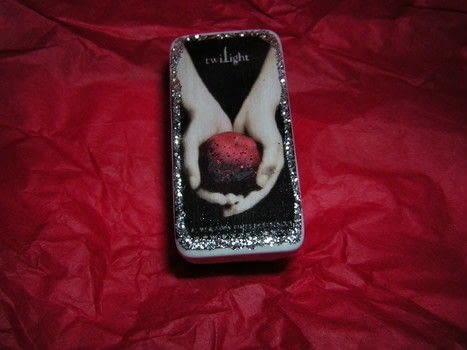 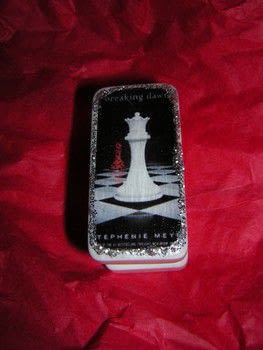 Twilight Domino Magnents
I first got dominoes
then printed out photos of the twilight series book covers to the size of the dominoes which are approximately 1" x 2" from my computer.

Then I used the mod podge and pasted the photos onto the dominoes and let dry this part takes the longest for everything that needs to dry. Then once photos are dry about an hour or so, I glued the magnets on to the back of each domino with tacky craft glue.

I could only glue one magnet on at a time (because when I tried to do two at a time the two magnets decided they wanted to either draw towards each other or back away from each other lol.)

Once the magnets are dry turn over the dominos and use a silver glitter glue paint and outline the edge of the dominoes with it. That should take over night really to completely dry.

Then you'll done! Viola! Now you have yourself a set of twilight series domino magnets to keep or give away as a gift!

**Note**
If you want to like I did you can add some red glitter glue paint to the red areas of the photos such as the apple and ribbon!

Tribal Kitty posted this project as a creation without steps 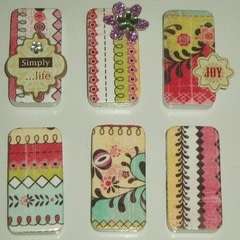 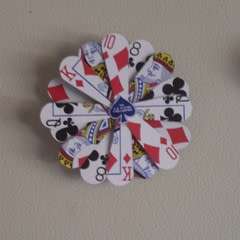 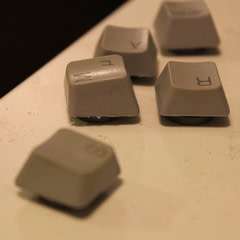 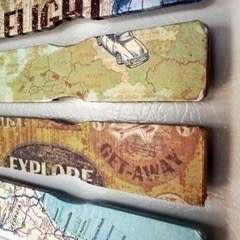 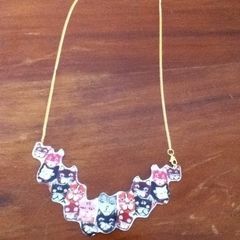