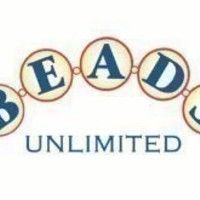 A Bead Too Far

Please read on if you fancy a laugh at our expense as we dip into the world of fashion and come out bloodied but unbowed.

Our yarn begins in the Summer of 2007 when we were asked to take part in a fashion show raising funds for local charities. Although the event was a lot of work for what amounted to two minutes of catwalk exposure, the end result was well worth it. We came out of it with a few marvellous, if impractical, beaded items, some hilarious anecdotes and a warm glow inside from giving a little bit of help where it’s needed. The main problem, when trying to show off beads, is that they’re generally small, even the big ones! Therefore some extravagant and larger than life creations were needed. We set our crack designer team (consisting of one at the time) on the case. The results included a two and a half foot high tiara, a hat befitting a day at Ascot and a bag so heavy with beads it needed to come with a health warning! Problems became apparent on the day of the dress rehearsal. We had decided that the only way the tiara would stay put was by pinning it to our models’ hair with about seventy five hairgrips. What we’d failed to take into consideration was the thirty second costume change, which included a different dress and swapping the tiara for the aforementioned uber bag! So there the three of us were, trying desperately to remove the tiara from the poor models’ head without scalping her. To add to the chaos was the shows director who was flapping around and bellowing orders as if we were on the catwalks of Milan. I have to give it to her, our model was made of tougher stuff than I. As we gingerly removed the grips she just hung on to her hair and ordered us to pull, pull, pull! Anyway, learning from our mistakes, we decided that the way forward was for our stalwart model to simply hold the tiara in place, which she did with grace, ease and good humour. The red hat has actually come in very handy since the event. Apart from being used in the odd window display at The Brighton Bead Shop, I decided to have a hat themed party. With my heavily encrusted headpiece how could I fail not to be the star of my own show? Actually, successful as it was, I did have to swap it for something more modest during the course of the evening. After not too long, my head started to resemble a giant tomato due to the heat of wearing it. Plus, I thought it may be a tad embarrassing to turn up in A & E with a heavy hat related neck injury! This story is taken from our blog site BeadBarmy.com 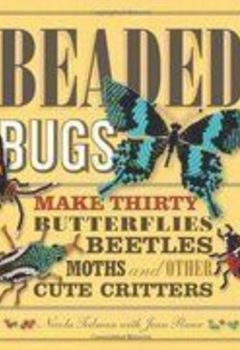 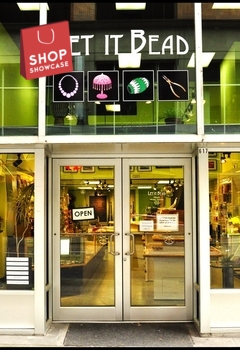