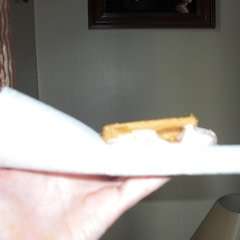 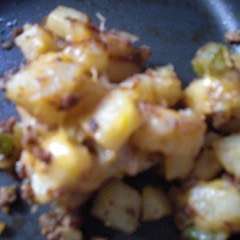 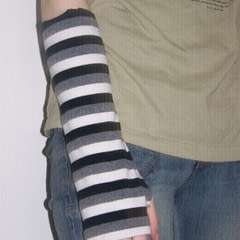 How To Make Awsome Gloves!! 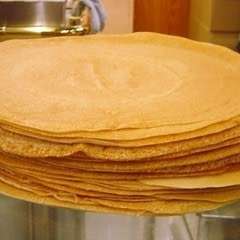 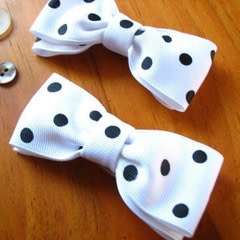 :) · Chicago, Illinois, US · 35 projects 8th February 2011
Hey! Thx 4 the invite! I see you live in Michigan, I live close in Illinois. Hope we can become better friends!

September 18th, 2010
Thank you for the comment! My friends thought they were pretty cool too. ;)

They were SUPER sweet though. I could hardly eat one!
Reply

Melissa · Hackensack, New Jersey, US · 16 projects 10th September 2010
Hi there. thanks for all of the favs

flyspanish · 4 projects 18th August 2010
Thank you for your comment

I can see a blythe on your avatar, do you own one?
Reply

peekaboo · 2 projects 17th August 2010
Thanks for faving my boregs! You should definitely make them, they're a must-have for every special event. We like to make up special events just to have them occasionally.
Reply

paola p. · 1 project 9th August 2010
Hi! Thank you for your sweet words! I very glad that you appreciate my doll!!
Reply

Jet H. · Haarlem, North Holland, NL · 108 projects 28th July 2010
Hi, hi,
wooow you're a big writer too.LOL
like that.
what's a shih-tzu? i can't translated it.
what do you draw , i draw most at the time for work comics and cartoons, but now i'm doing a lot of the experiments i have told you;-D
my cartoons and comics are sometimes story's of my own but not allways, i have confuesed a lot of people to use my own avatar that's me for an other figure in the comic so now eveybody t hings that Pleun i have called her is me.LOL
And it's not, but i had cot the work and i had to less time to make a new person so thats why.LOL
you can look at them on my website , i 've you like you can look under my profile page underneath my avatar , there's the link.
Awesome and clever that you're learn at home, i have done that in my last study year on the art academy too, i found it difficult. so i'm proud of you. it\s not always fun and you must be really motivated, i hadn't an other option because i had to much healt problems to travel the whole week by train to get to school-S
so i was so glad that they found it a good solution for me, but i was the first which was finishing my studys at home learning.
i had deserved a lot of credit to do this, i was a great student and they like to see me finishing so i got a lot of suport of my teachers.
It cost me too a lot of time to found out how i could do things in an other way to find suplies and so on.
so i'm used to use suplies to get my live a little bit easyer.LOL
so it's not all about wheels.LOL

Its not my kitten cat but the old one Muis, thats translated Mouse She is a elderly cat now and she is grey and a tiny birmees one.
she is behaving like a mouse , John my last partner had given her that name. Its so her.LOL
Wolfje is the kitten that has to be operated next week. She don't like Mous her sort of aunt no more. She is behaving herself badly.
Muis is feeling not well so she would like to lay on my lap underneath my sweater its now suddenly hot so i must swet for her.LOL
she does do this every time she is feeling herself sick;-D
Wolfje is translated Wolfy she is a one year cat and ... a birmilla.
she isn't tiny and her furr looks like a husky dog so she looks like a wolf.lOl and behaved like a dog my friends are telling me.
but i don't think so. I'm used to their brand so its not uncommen that they do all sort of thinks other cats can't ans she is tooo smart for her brand. My old breeder told me that too. i only thought that.LOL
And muis is the one with the broken leg problems so today i must call the special md vet for her to asked i've he would look at the xrays and i've he can help her , i hope so it will cost again a lot of money but.... this isn't okay for her. i know by myself what it is like to have allways pain so when he can help her its okay.
You do a lot of fun things , awesome . i hope i can do the same next summer, but problably not because then i'm just moved to my new home;-D
so i must do there a lot of things and found all things out;-D
It's feeling like a new start , a new period of my life. Like that;-D
i stop because i must go on my work. have a great fun day;-D
and love and hugs from my;-D
Reply

Jet H. · Haarlem, North Holland, NL · 108 projects 27th July 2010
Hi dearest Kookiegurl;-D
it's here the same month like in your country.LOl i don't live on an other planet.LOL
so its here july and still summer, but its cold again and a lot of rain, but thats good for the trees and plants.LOL
i'm still busy to recouvering of my third whiplash so i'm stucked to home and do a lot of strange experiments with material to craft with.LOL special the ones they smell awefull to do outside on the balcony.LOL i have a not so great fun neigbours above me and they do a lot of not good and kind things , they bully my cats and so on and allways smoke sigarets so when i'm open the windows and door i have their smoke inside-S
but.... when i do my smelly craftings outside they will sto.LOL
i have sad a lot to them nicely but it doesn't help , i have now just because i had a difficult time some extra helping persons to visit me and they told me the same, they are really ugly.
i was glad that they noticed it too.
but..... i will move to on ohter city and .... i don't have then no more neigbours above me, only next to me and underneat;-D
it will help to sleep and to ease down. i try not to stress about it, but the last time its difficult.
i 'm searching for a new little chair, O i live on wheels , not sorry its normal for me i'm used to that and its okay .
i have had just found a dealer that will build the chair, so i must think of nice colours i think this chair must be bright pink and bright red. with red fabric. and red tires.LOL
Today my oldest cat had to go to the vet to clean her mouth and got a xray. she must back to the orthoped md -S
about two year ago she had broken her two bones in her leg and suddenly she walks stangly, so i know now why the metal inside is moved and is out the bone and to near to her knee-S\
not fun , but i must call and asked the special vet to think of a solution.
and ...i had today my dear friend with me Karin she drived both of us (muis my cat and i to the vet ) and drove me back and drunk whit a lot of chatting a cup of tea.
so it was a great day;-D
my other cat is now one and is in her seccond mating period, she had to go too to the vet, but then she began again with the mating period-S so she must now next week to become an it.LOL
so i'm doing so so, i try to be patiencend inside and don't get to be bored to much.LOL
i'm glad (im stucked to my home now for 5 months) that i 'm so creative and having jumping brains;-D
hey were did you go on vacation?
now its your turn;-D When is school starting?
hey just curious i read that you love animals too,
so tell me please ;-D hey all my love hugs and kisses

DulceKnits · Charlotte, North Carolina, US · 13 projects 4th July 2010
Kookiegurl97 - The tag I made can be used to decorate a gift or a package. You can write a message on the back of the tag. I share your love for crepes!
Reply

CahrazzyMe · Willard, Ohio, US · 16 projects 3rd July 2010
Hey thanks for the comments ^^
I love to crochet and have always want to knit but I think that knitting looks way to hard!
el oh el..
How funny! (: You'll get it sooner or later!
Reply

Ruby · 11 projects 4th June 2010
If you can see the pictures on the Jazzies project, you'll see that they are round bits of chocolate with hundreds and thousands on. Sold in a majority of sweet shops and in pic 'n' mix sections!!

Jet H. · Haarlem, North Holland, NL · 108 projects 1st June 2010
Hi , you're very welcome, its always fine when you aske a question to got an answer,;-D I have set the answer too on the project itself, but not always people jumped backwards so i set it too on their own page. Yes they are very comfortable. My friends with dogs have had some of the mitten version of this and they like it too , it was a very cold bad winter here, and they put it in their pockets of their coats when they had to let the dogs out .
One of my friends her daugther liked it too much but her mom told her then you must make them your self.LOL
And yours version is i think too lovely about your rices. i have something with lavender. its the smell of my nana.;-D
hey have a nice day;-D
Reply

Jet H. · Haarlem, North Holland, NL · 108 projects 31st May 2010
hi , a heating scarf. is a sort of heating pillow filled with rice of corn which you can put in the microwave to heaten it up and then you can wrap it over your cold feeds or neck or belly when you have a stomac pain , its like a hot water bottle, for in bed when its cold. and the most heating pillows are not long , and i like it when i can cover my feets on cold day in it, or when i having pain in my neck to wrap it around my neck.
Mostly people add some smelly hearbs in them too. It give you comfort. and of course you can lay it too in your bed in winter times. In my country it is very cold in the winter.
Hope you understand this. so not i will give it a try again. have a great fun week.;-D

Sailorshame · 11 projects 29th May 2010
thank you sooo much for your sweet comment on my sushi vandy you need to try it out is SUPER yummy!!!P:
Reply