A little fright for your night! 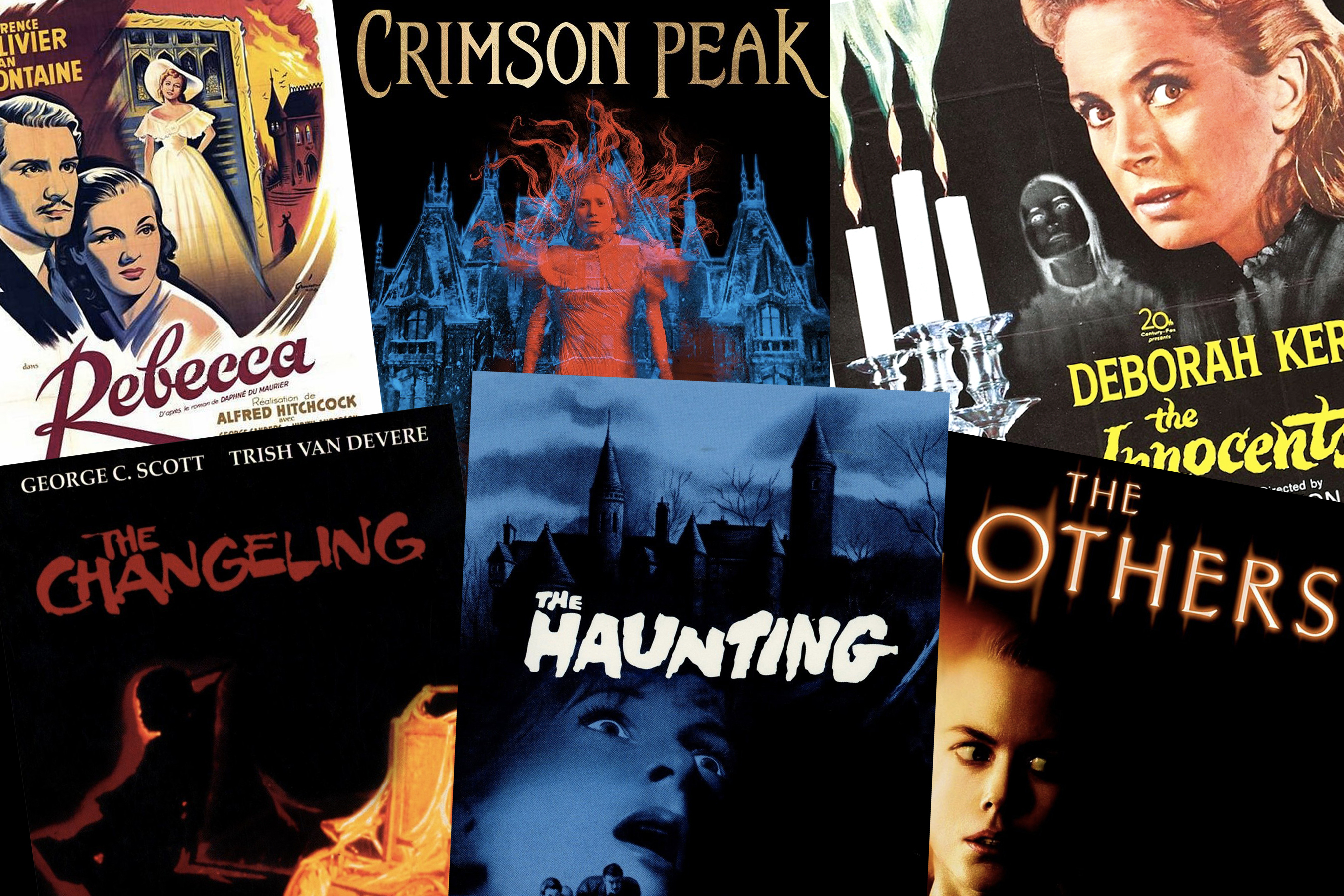 
Gothic horror and gothic romance movies are once again gaining popularity following the release of series such as ‘Penny Dreadful’, ‘The Haunting of Hill House’ and recent movies such as Crimson Peak. These movies usually contain motifs such as death, love, sexual repression and jealousy, and are often centred around a large house where ghosts haunt. These ghosts may be real or imagined. Often there is a love triangle or unnatural relationship element, and a climactic plot twist at the end. These movies tend to be sumptuous and beautifully shot, heightening the sense of unease and terror in the viewer.

Here is a selection of some of the classic gothic horror movies for you to consider watching: 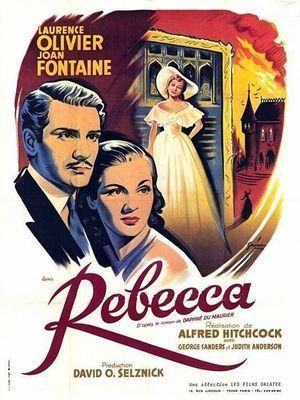 Joan Fontaine stars as the innocent and child-like unnamed second Mrs de Winter; our heroine. Laurence Olivier plays the brooding and stern Maxim de Winter, who sweeps his new bride off her feet and brings her to live at Manderley, an imposing mansion on a hill. Judith Anderson plays the sinister house keeper, Mrs Danvers, who will do anything to disrupt the life of the new Mrs de Winter.

The memory of Maxim’s first wife Rebecca and her mysterious death haunts Manderley and impinges on the happiness of the newlyweds. All the gothic elements are there: a looming mansion, haunting memories of the past, portraits of those who are now dead, portentous dreams and winding staircases. 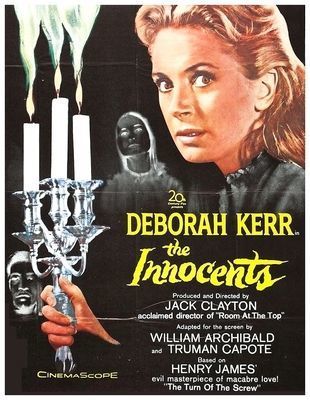 The Innocents is based on the novella, ‘The Turn of the Screw’ by Henry James. Deborah Kerr plays Miss Giddens, the temperamental and sexually repressed governess of two adopted orphans. Miss Giddens comes to Bly House, a brooding and gloomy mansion, to watch over her new little charges.

The children’s behaviour becomes increasingly more unusual, and gradually Giddens comes to believe that the children are possessed by the depraved spirits of two former servants; a valet and the previous governess. The two were once lovers and Giddens believes they are continuing their wicked love affair through the children.

The superb cinematography and eerie set joined to create the suggestion that there are things lurking just beyond the range of vision; creating a feeling of dread and unease.

The Innocents contains gothic themes of repressed sexual desire, memories of the past influencing the present, depravity and death. You are left wondering if it was real or all in the mind of Miss Giddens. 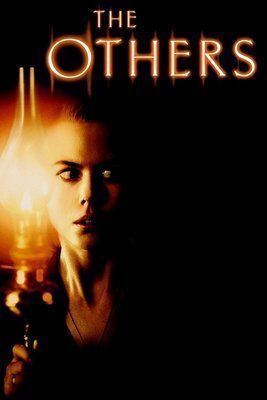 In The Others Nicole Kidman plays our neurotic and ethereal protagonist, Grace, who resides in a dark, creepy old mansion with her two young children and servants. The children's photosensitive condition means they must always stay indoors, exposed to nothing more than candlelight.

Grace and her children begin to notice eerie goings on in the house; piano music coming from an empty locked music room, the trembling of a chandelier and visits from a child ghost named Victor. The themes of this movie include obsessive parental love, death, tragedy, grief and guilt.

There is an expert twist at the end, and although all the signs are there, the viewer does not see it coming. This is a movie that warrants a second viewing to pick up the subtleties and clues which may have been missed at first. 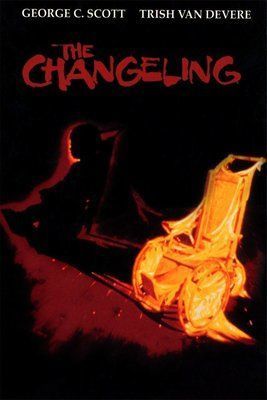 The Changeling is an underrated gothic horror gem of a movie. George C. Scott plays composer John Russell, who has recently lost his wife and child during a horrible accident he witnessed. This tragedy haunts him and leaves him vulnerable and susceptible to believing his new home may be haunted by long dead occupants. The unquiet spirit searches for peace through contacting Russel; our stoic and practical protagonist, who uncovers the truth behind its demise.

Although a little dated, The Changeling remains a genuinely terrifying movie steeped in mourning and sadness. 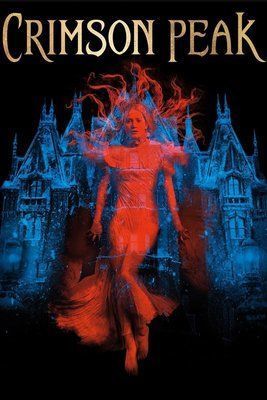 In Crimson Peak, Edith Cushing, played by Mia Wasikowska, is an aspiring writer and the daughter of an American industrialist. Edith is seduced by the charms of Sir Thomas Sharpe (Tom Hiddleston), an English aristocrat who has travelled to the USA to secure funding for an invention to help finance his family’s mine.

Despite Edith’s father’s reservations and untimely death, she marries Sharpe and is swept away to England to live with him and his domineering icy sister Lucille (Jessica Chastain) in their towering gothic mansion.

It is here that the new Mrs Sharpe encounters the terrifying spirits of the mansion who warn her of sinister goings on, which she must eventually uncover. Crimson Peak plays on the traditional gothic horror tropes; portraits of people long dead, creaking staircases, unquiet spirits, treacherous staircases, blood red clay soaking snow and fluttering moths. This film also contains strong horrific elements that stem from that which we do not see.

Themes heavily emphasised in this film are unnatural relationships, jealousy, death, decay and the destruction of innocence. Crimson Peak is a beautifully shot film and a modern classic gothic horror romance film that should not be missed. 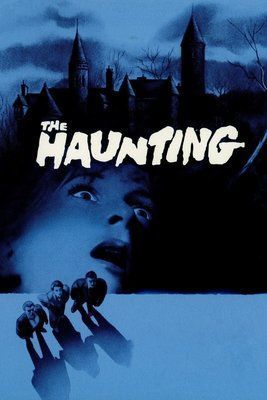 The Haunting is a 1960s adaptation of Shirley Jackon’s novel, “The Haunting of Hill House”. Parapsychologist Dr Markway, played by Richard Johnson, invites a handful of recruits to explore a haunted mansion with him, and conduct paranormal experiments.

Julie Harris plays the main character, spinster ‘Nell’ who is neurotic, sheltered and sexually repressed. She is counterbalanced by the self-confident and domineering Theodora, played by Claire Bloom.

Nell, Markway and the other recruits gradually learn the secrets of the house and experience its eerie occupants. Nell is emotionally frail and appears vulnerable to the powers of the house, which does not want to let her go. The manifestations in the house also appear to mirror Nell’s own neuroses and psychic assault on herself.

The cinematography of this movie adds to the unease, creating a terrifyingly atmospheric psycho-horror treat, and although the style is a bit dated and some of the acting verging on hammy, this only adds to the film’s charm.