The wonderful world of cosplay 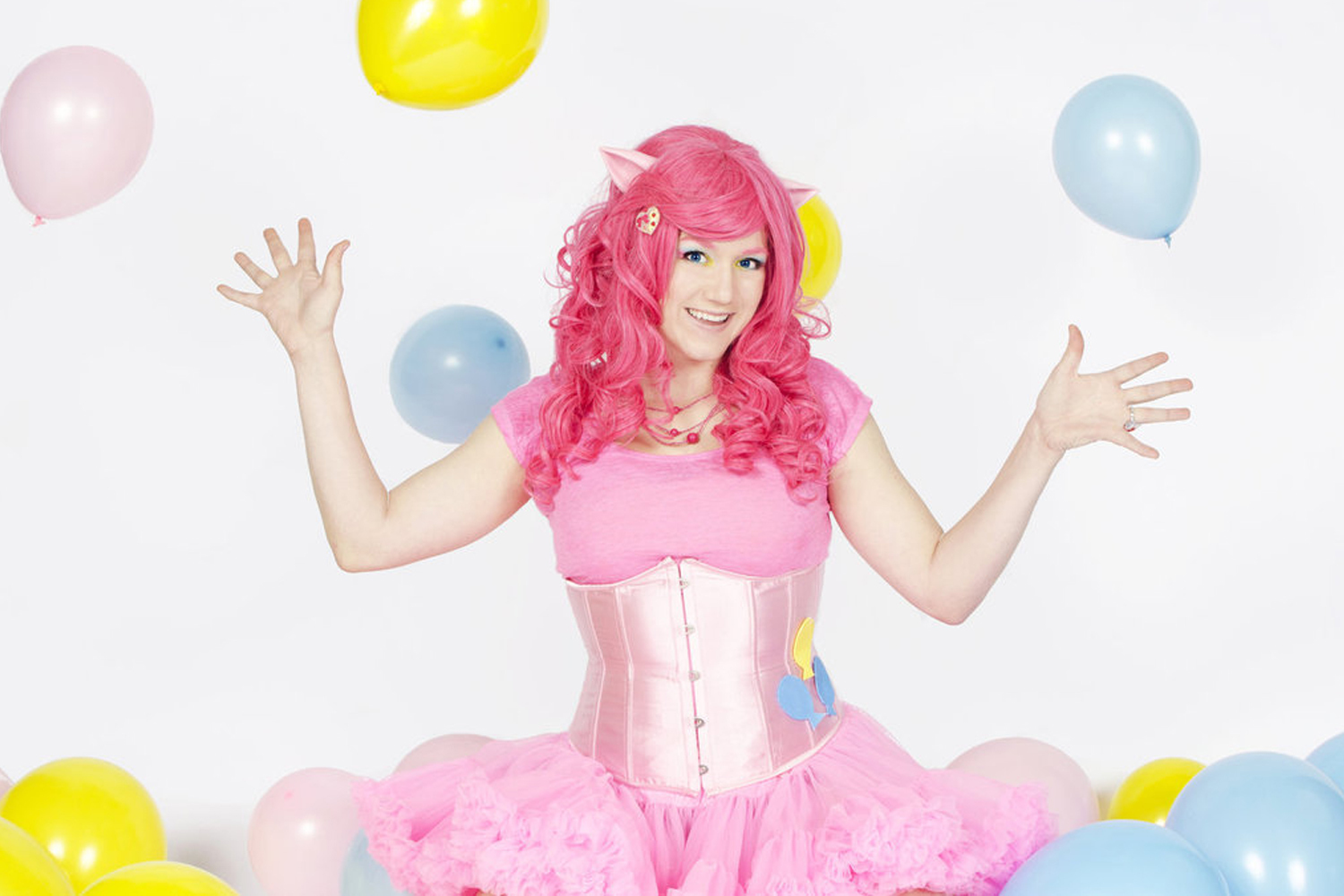 
Ariel looks into the weird and wonderful world of cosplay - the inclusive art form that lets any body be their own hero.

(Above: Sarah as Pinkie Pie from My Little Pony)

(A fun picture with a few of the Mandalorian Mercenaries, a Star Wars professional cosplay group)

All fans have different ways of expressing their love. Some write their own stories (see FanFiction.net), some write their own music (see Harry and the Potters), and some even cook (see Wookiee Cookies: A Star Wars Cookbook). Art is expressed differently through each individual, but perhaps the most widely participated and accepted is through the art of cosplay.

Cosplay, derived from “costume play”, can be as simple as wearing a mask or as hardcore (and devoted) as Live Action Role Play, or “LARP”ing. Perhaps this is the reason so many people like to participate. You don’t have to be a professional costume designer to create a look to mimic or honor your favorite character, and you don’t have to spend hundreds of dollars on a costume to achieve an exemplary look.

Compiled below are some cosplays to inspire you to get crafty and get geeky at the same time.

(Michael M Ogden (Oggie) as a Stormtrooper, Darren Wright as a Tusken Raider, and Randy J Ko (The Red Mandalorian) as a Royal Guard from Star Wars)

The 501st Legion has been cosplaying as a professional group since 1997. These friends get together and share tips and tricks on how to make the best costumes. They even make special appearances at formal events, like LucasArts game releases and new DVD releases. The Imperials will even attend private events:

“While we do not charge a fee for appearances (public or private), we enthusiastically welcome donations made to your favorite charity in the name of the 501st Legion. If you do not have a charity of choice, we would happily provide you with a list of some of our favorite causes such as Make-a-Wish and the Starlight Starbright Children’s Foundation.” 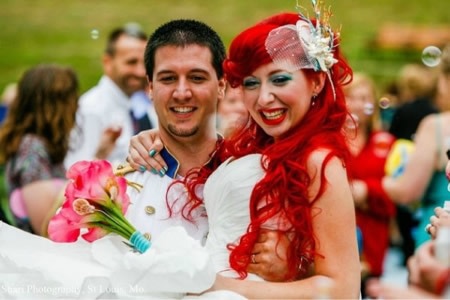 (Jamie and Chris Chandler as Prince Eric and Ariel from The Little Mermaid, photographed by Shari Photography)

This couple made their entire wedding a cosplay event! Even the bridesmaids were princesses. 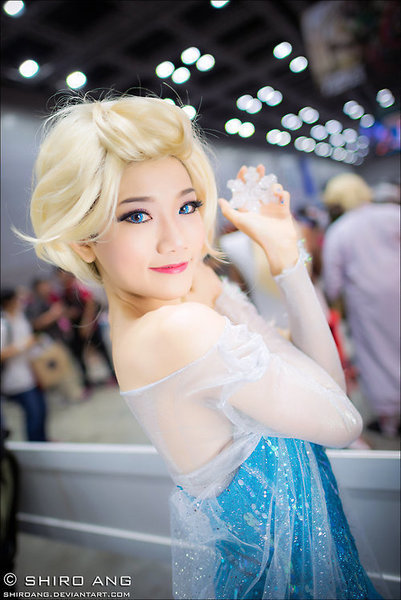 No matter your fandom, you’re welcomed if you make the effort. Disney cosplay is always encouraged at Comic Cons! 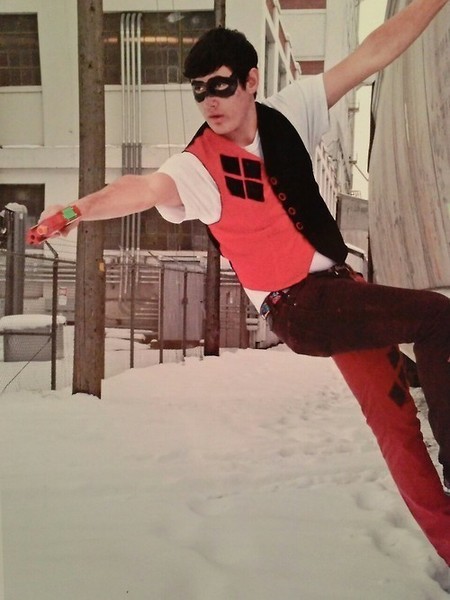 (David as Harley Quinn from Batman)

Ciswap cosplay is super fun. You take one character of the opposite sex and dress them up in your own gender!

“Disneybounding” is an example of using cosplay in everyday life. Leslie Kay, founder of Disneybound, uses Polyvore to create sets to inspire her readers to wear items that coordinate with a certain character. It’s super fun meeting them at the parks when you’re dressed like them! Plus, it doesn’t come with all of the awkward stares wearing a Quidditch robe to the movie theatre has. 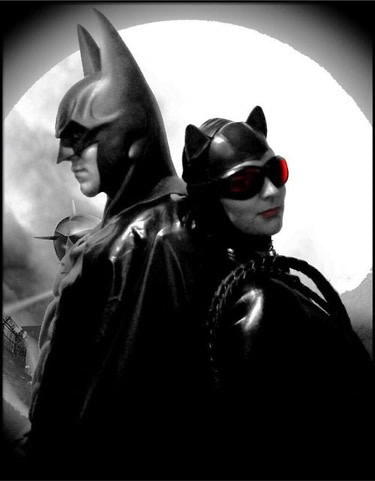 These cosplayers take their art to the max… but why so serious? 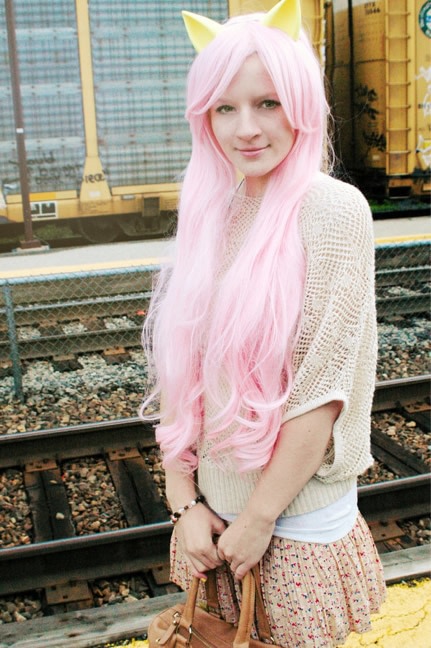 (Spells as Fluttershy from My Little Pony)


Transformation: you can turn any animal character into its humanoid form! …or transform yourself into one of them! 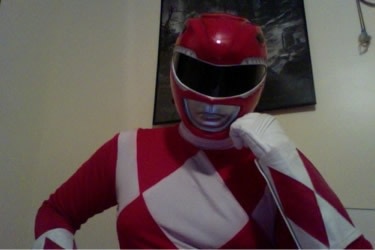 (Jake as the Red Power Ranger)

It’s fun to create costumes that are significant to your childhood, or otherwise considered “timeless”. 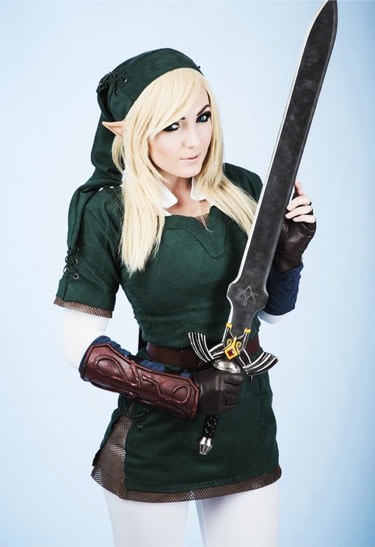 (Jessica Nigri as Link from The Legend of Zelda)

Jessica Nigri is a professional cosplayer who makes a living off of attending conventions, selling signed posters, and modeling her costumes.

Cosplay isn’t limited to movies and TV, either. Nyan Cat is an internet sensation and many people, including this Nerdfighter and Jenna Marbles have taken on this character. Barbara is an experienced cosplayer and shared her experience of being Jessica Rabbit with me: “I [was] walking through Youmacon [and] the top of my dress started slipping down, so I ended up basically sprinting to the bathroom trying to avoid giving anyone a show. Luckily, when I was in the bathroom, there was this incredibly awesome older lady who basically took control of my outfit for a moment. She had all the Fix-its that an experienced cosplayer should carry with them, but you know, I wasn't. She ended unzipping my dress right there in the center of the bathroom and pulling safety pins from this magic bag of hers and pinning the dress to my bra in such an effective way, I didn't have an issue with the dress slipping for the entire rest of the con.” 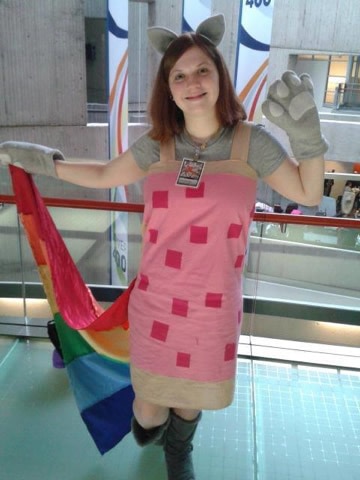 No matter what your fandom, cosplay is accepted amongst all nerds and geeks alike. Even if someone isn’t familiar with your fandom or character, they can see your devotion to it through your costume. I, personally, have cosplayed as Hermione Granger and Lavender Brown from Harry Potter, an Ewok from Star Wars, Alice from the 1951 Alice in Wonderland, and many more. I use Polyvore and Etsy to pull together my costumes, like my own superhero creation, Miss Endanger, and my surprise cosplay debuting at this year’s Wizard World Comic Con in Chicago. 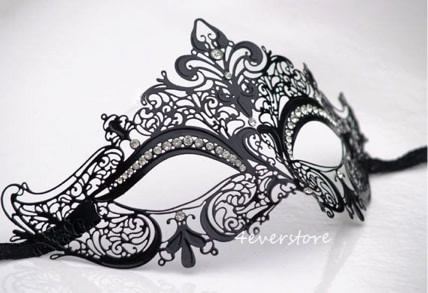 Mash-up characters are fun to create. I’ve recently seen Beaker from The Muppets mixed with a Stormtrooper and I’ve personally put together Joan Jett and Hermione Granger from Harry Potter to create a Wizard Rock Hermione. 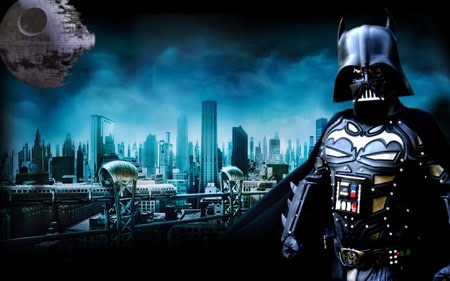 (The Darth Knight by Malmey Studios, a mash-up of Darth Vader and Batman)

This is my personal Etsy list for the best cosplays on the whole site. These are costumes, or pieces of costumes, that I would consider buying if I were to play that character. I hope these give you some inspiration! If that doesn’t work, here are some pictures of cosplays I saw at Wizard World Comic Con Ohio 2013.