Maria Taylor and Orenda Fink are back with a new album, Drawing Down The Moon. 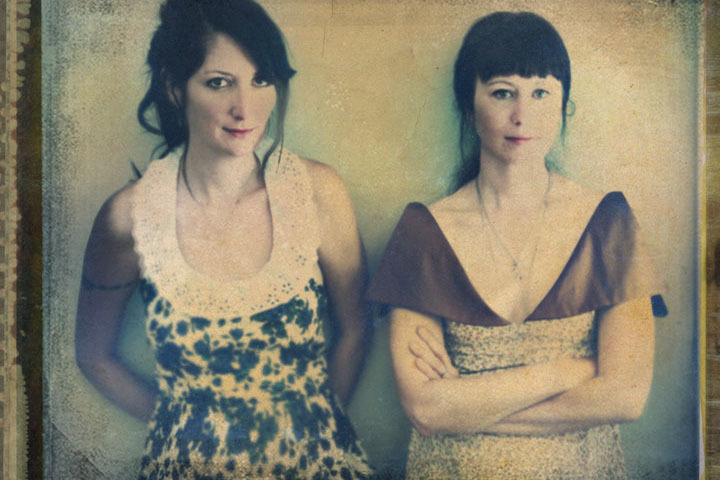 
Orenda Fink and Maria Taylor are Azure Ray, a dream-pop band from Birmingham, Alabama. After releasing a string of albums together, the pair embarked on solo projects over the last few years. However, this year, the duo reformed to release a new album, Drawing Down The Moon. We caught up with them fresh off their latest US tour. 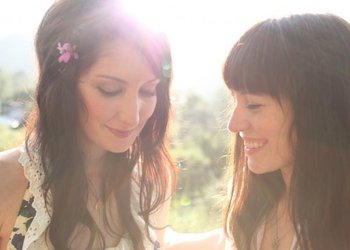 "Maria and I started playing music together in high school", explains Orenda. After forming a rock band, Little Red Rocket, in 1999, the pair began to write slower, sparser, more introspective songs. When a friend, Brian Causey (Man or Astroman) mentioned starting a label in Athens, GA, they decided to record these slower songs as a, still nameless, side project. After Maria suggesting "something like Blue Light", the band was born as Azure Ray. "Brian suggested it, and we immediately knew it was the right name".

"We work best as a duo", Orenda continues. Although, Eric Bachmann (a longtime friend and producer) is their "unofficial third member!" The Azure Ray sound throughout the records is "intimate and gauzy or floaty". However, she feels that "you can trace a maturation through the records of songwriting and point of view."

"If we were spending this much time together, we should be making music together too!" 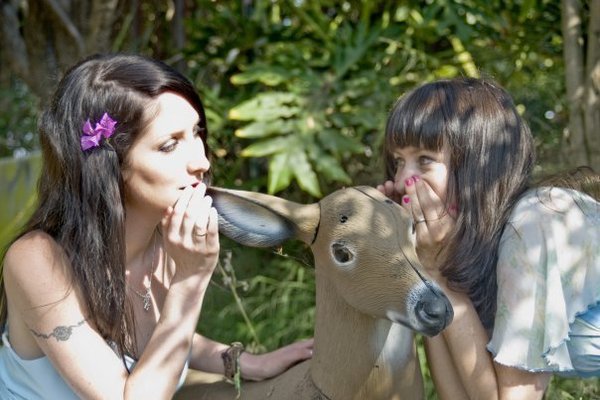 Drawing Down The Moon comes after a hiatus which spawned solo work from Maria (11:11, Lynn Teeter Flower, Savannah Drive with Andy LeMaster, and LadyLuck) and Orenda (Invisible Ones and Ask the Night). They stayed in touch throughout, but started seeing each other more often in 2007. After Orenda was touring with labelmates Rilo Kiley, she stayed with Maria in LA during rehersals. "We had so much fun together that we were making more plans, and I was thinking of moving to LA. After a couple of months of reconnecting, we thought if we were spending this much time together, we should be making music together too!".

"It's great to be on a label that's run by your close friends. You can't ask for much more than that!"

"I look everywhere for inspiration - in things people say, situations, books, movies, road signs. The hard part is keeping yourself open to the inspiration. If you can keep yourself open, you can find it anywhere..." The songs are written individually and brought together in the demo-ing process, she explains. "There, we can add harmonies to each other's songs or suggestions, or just say, "that's an awesome song!" After spending a year on and off writing for the new record, they spent three weeks in Asheville, North Carolina recording it. It was released by cult Omaha label Saddle Creek, home to Bright Eyes and The Faint. "It's great to be on a label that's run by your close friends. You can't ask for much more than that!"

"The best things you can do on tour are go with the flow, have a sense of humor and give people their space! Oh and lots of water, vitamins and as much sleep as you can fit in..." After finishing a US tour with a five-piece band, the band plan more shows in Europe this February, followed by Japan and Korea. More American dates are planned around April, although, she explains "we like to mix up the arrangements each time". 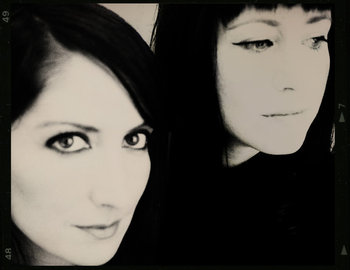 Outside life on the road, Orenda spends her time working on her music. However, she's been enjoying learning to sew this year. "I love shopping for vintage dresses at the thrift store and trying to alter them at home. My husband bought me an awesome dressmaker's dummy for my birthday so I can't wait to try it out!" Maria is planning work on a new solo record, while Orenda will work on O+S, a side project with Cedric LeMoyne (Remy Zero).

Orenda and Maria are spending Christmas in the South. "Our tradition is mainly to eat, drink and be merry. Oh and Maria's family usually does a Christmas show in Birmingham too." And for 2011? "filled with love and health and productivity!"

You can learn more about Azure Ray and find out when the band are touring near you on their website, azureraymusic.com »