We chat to Mike and Doug, creators of Awkward Family Photos. 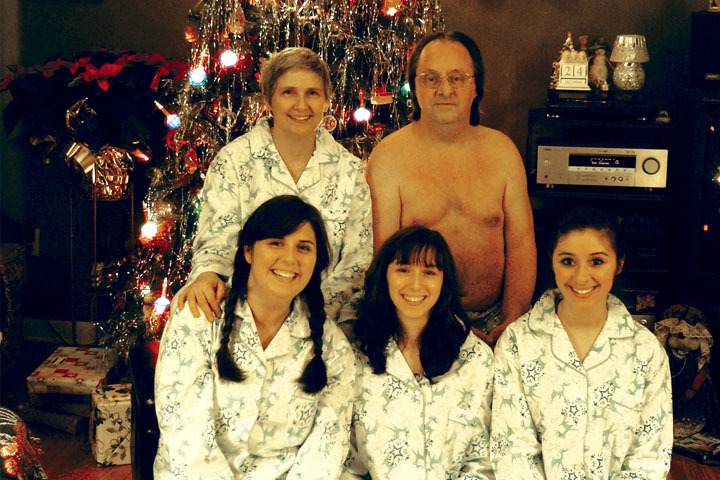 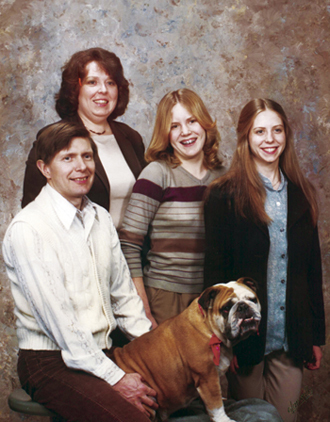 Tell us about Awkward Family Photos and how it got started?
It all started with a photo my mother hung up in the house of my father, my brother, and I posing on skis doing sort of "Rockettes" kick. It struck me as a very awkward photo to be hanging on the wall. That week, I was out to lunch with Doug Chernack, a childhood friend, I mentioned the photo and he told me that his house was full of those kinds of uncomfortable family pics. We realized that if we had them, then everybody must have them. So, we launched a website with that in mind... to create a place where feel people would feel comfortable sharing their uncomfortable family photos and of course, to do it all in a spirit of celebration. We didn't want the site to be mean-spirited in any way.

The Awkward Family Photos website has been pretty much an overnight success. Were you surprised by the response?
Absolutely. We had NO idea what the response would be. When we launched, we hoped we would get enough user submissions to fuel the site at some point, but never expected it would happen in the first week. And from all over the world! Photos from the UK, China, Russia , Brazil... that blew us away. And we hadn't built the site to handle any amount of traffic, so it was crashing constantly that first week and we literally got a crash course on the web. Truth is, initially, we had no idea what we were doing. We feel very fortunate for the response and for the friends who guided us through it all.

"We love our family, but... family is awkward!"

What is it about family life that’s so cringe worthy?
Well, if you think about it, we're forced to live under the same roof with these people, go on vacations with them, etc and inevitably awkward situations are going to arise. We love our family, but whether it's fighting with our siblings, following dad's vacation itinerary, or seeing mom's new perm, family is awkward. 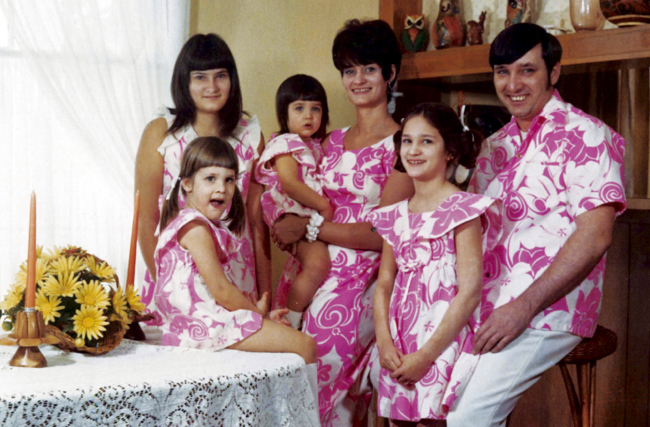 You also post awkward family stories on the site- do you have any of your own?
Yes, they're both in the book, but let's just say mine involves being thrown through a store window by my mother (an accident of course) and Doug's involves being knocked down by his father at a baseball game to catch a foul ball. Being pushed by our parents seems to be something we share in common.

My favourite photo on the site is probably the Star Trek family. Do you have any personal favourites? 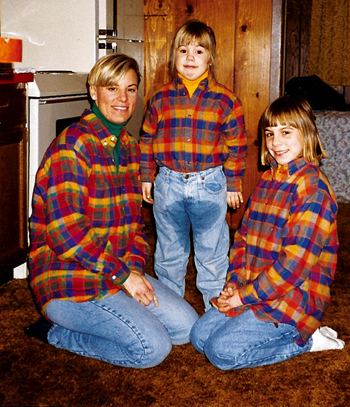 For me, it's always been a photo called "There's Always Room On The Couch." It's a photo of a family sitting behind an empty couch. You just can't help but look at it and ask "why not sit on the couch?" But they're seated behind it and it's just magically and gloriously odd.

Doug is fascinated by the Easter Bunny photos we get from people. Neither of us had any idea of how freaky the Easter Bunny can look when it's blown up to giant proportions. There's a photo in the book of a bunny that is not only large, but looks like it has come down with a case of jaundice. It's freaky and creepy all at the same time.

You invite people to send in their own family photos. What’s the response been for this?
Overwhelming. We continue to get over 200 photos a day from all over the world. The one thing that's different about our site from some of the other photo blogs is that everything we post is user submitted, from the family members in the pics. We don't troll the web looking for other people's pics. The idea is that our site acts a community where people can share their awkward family moments and hopefully, the experience is cathartic for them.

Have you had any photos sent in that go past awkward to just plain disturbing?
Yes, absolutely. Early on, we got a photo of a girl in the middle of a water birth that neither of us will ever unsee.

Awkward Family Photos, Cake Wrecks, Sh*t my Dad Says... what is it about the internet and comedy that goes together so well? 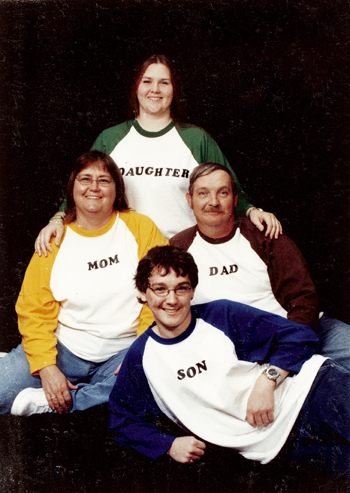 Well, I think people like to go to the internet for a quick fix... there's an immediate satisfaction going to a site like AFP or Cakewrecks (which we love as well) and seeing something that will make them laugh.

Tell us a bit about the book and what's next for you?
The book is a collection of our favorite awkward family photos from the site but also many never-before-seen pics. In fact, almost 2/3 of the pics are new. We always wanted the book to be a natural extension to the website-- the ultimate awkward family photo album. We wanted to include stories and also a section called "Behind The Awkwardness" where the people in the pics tells their own accounts. We of course, also included our own commentary and captions.

As for what's next, we just recently launched a sister site, AwkwardFamilyPetPhotos.com and will be putting together our next book based on that site and focusing on the odd relationship between people and their pets. Right now, we're having so much fun with the site and feel like there is much much more awkwardness to explore.

Check out the website to see more Awkward Family Photos »

Awkward Family Photos by Mike Bender and Doug Chernack is published by Hodder and Stoughton in hardback, priced Â£12.99.

Veronies
“My boyfriend and I look at these pictures all the time and I almost peed my pants a couple of times.” 4th December 2010