Lundora hasn't written anything about themselves yet. 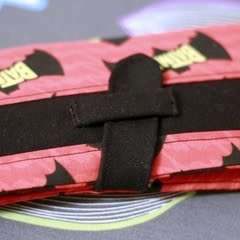 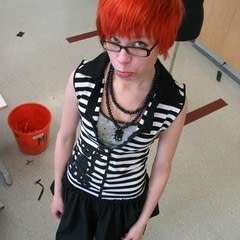 Top To A Dress 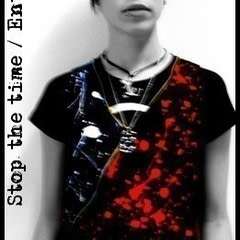 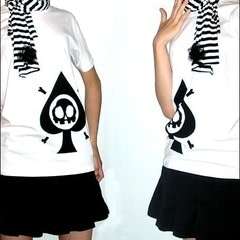 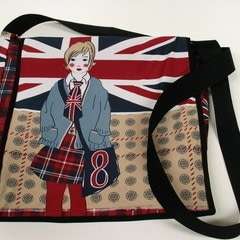 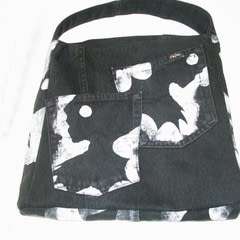 From Jeans To Skirt And A Bag.

And your projects inspire me. I think we have a lot in common - just to mention one: photography- so I hope you accept my friend request!

LaLiLuLiny · Karlsruhe, Baden-Württemberg, DE · 20 projects 3rd August 2011
i love your style and your projects! they are all so cool

Princess Pam-attitude · Pocatello, Idaho, US · 332 projects 22nd June 2011
hi hi! Thanks for the friend request! I love all your geeky projects! like the batman wallet!!! That fabric IS awesome <3
Reply

PinkWeeds · Omaha, Nebraska, US · 207 projects 3rd May 2011
Thanks for favoring my Open Back Dress

I love your version of my patchworky-bifold wallet and you already know how much I love your string and button closure. I have posted your version on my blog I hope you don't mind! It can be found at http://mel-allwrappedup.blogspot.com/2011/03/patchwork-y-bifold-wallets-made-by-you.html and I have linked you on it too!

Sheila Squirrel 13th January 2011
Thanks for faving my gathered bustle

Ida Ilona van Toor · Vlaardingen, Zuid-Holland, NL · 22 projects 5th December 2010
Hi Lundora,
Thanx for the nice compliment, and I have to admit, I never got such a beautiful cake as this one was, in my life as well... Anyway, blood,sweat and tears went in that cake

Azraels Requiem · Bridgeport, Connecticut, US · 47 projects 1st December 2010
Thanks for the comment on my zombie

elisa m. · 15 projects 27th October 2010
Terve,thanks for the fave on my shoulderpiece!

ocean o. · San Diego, California, US · 25 projects 19th October 2010
You are so sweet!!
Thank you so much, for taking the time to leaving me a comment
on my sugar skull how to <3
Reply

I just noticed that you're studying photography as well? I just started my course (two weeks ago) and am loving it

I have added you as a freind, hope to talk more soon!

JessayahX · Frankfurt, Hesse, DE · 26 projects 24th January 2009
Hey there ;D
Sorry for the late reply I am so busy right now and also ill so I haven´t been to this site for a while.

you should definetly steel that ps3 ;D It is worth the whole trouble ^^
thank god that I have that rockband game ^^ With my little plastic guitar I become the next Jimmy hendrix *lol*
Hope you have a nice weekend pupu (haha I have heared that`s the finnish word for bunny ^^ ) *g*

I enjoy your projects.
Reply

Well think it`s no Problem to find one with Playstation 3 on the Playstation home network.
You should ask someone if you can use his/or her playstation and then you surch for a guy near you and when you are in a relationship with him you can hang around with me and my online buddys to make party ^^*yay*

JessayahX · Frankfurt, Hesse, DE · 26 projects 7th January 2009
oh..poor you..
I have also a little cold..Nothing seriously bad..but it's annoying to be sick all the time..
I have bought me a new jacket too and it's also to cold to wear it..I wear it on the new years day while we watching the fireworks on a bridge that's why I have this cold..^^ haha..
You can see pictures in myspace from that day.. i look terrible but I just thought I have to upload some to show my friends whats going on in my Life..haha
Insted of the sims I hang around on the playstation network with some online friends.. you can chat togeter or hang around in a virtual world there..
It's funny to go bowling or shopping that way^^
Reply

JessayahX · Frankfurt, Hesse, DE · 26 projects 7th January 2009
^^ hey ^^
I'm back again..Wasn't online for a while..
I got lost in the playstation world and played the whole time..
Here it's so cold right now..the coldest winter I remember and so I have to do something in the house to don't go crazy.
haha..
I love all your project you have posted while I wasn't online..Think the things you do would look good with all my jewellery and Hair clips...;)
Hope you feeling better now..I sometimes have terrible headace too and know exactly how you feel then..
I can't stand bright light then and every sound around me is driving me crazy then..

So hope you are ok again *hugs*
Jess
Reply

JessayahX · Frankfurt, Hesse, DE · 26 projects 1st January 2009
I played "Rachet and Clank","the Last guy" and stuff like that.. We don´t have more than 5 Playstation 3 games now..Because it´s new.
It was really expensive but my bf had his university degree last year and got money from his father..
We decided to spend it on a playstation*g*
My bf and I have a lot of videogame consoles which we collect and playing..We are huge retro videogame nerds and love also to build videogame sprites out of hama beads..
I would love to have Singstar too but we didn´t have money to buy it now..
We use Guitar hero and the mircophone to make some little jam sessions... ^^*g*
My sister´s boyfriend has a karaoke bar and because of this we decided to play guitar hero on christmas..but it was not as good as I thought.

My voice sounds now really terrible I think..*g*
I was once better and even thing Gospels and had private sining lessons,but that was a few years ago and my voice is now not so good anymore oO
How was your start in the new year?
hehe..Today I can say that we know each other for 1 year now *g*
So Happy new year girl!!! ^^

JessayahX · Frankfurt, Hesse, DE · 26 projects 30th December 2008
lol ^^ ..I´m sometimes to lazy to sew or craft but everytime when I´m to lazy I have the best ideas..
I think that would be a perfect time for a slave ^^ hehe ;)
I´m every day in Myspace but only to check messages and to post some pics from time to time.. But I don´t have so many pics like you ;)
Now I play a lot playstation 3 the last days ..I play while writing you right now..hehe
Thanks for beeing my myspace friend now by the way.. *yay*

JessayahX · Frankfurt, Hesse, DE · 26 projects 30th December 2008
I know exactly what you mean.. I´m not very good in writing english too..
Well,I think it´s okay.
But I´m here very often..Most of my time while I´m in the www I´m on co+k,because of that I sometimes start to think and even dream in English ^^*lol*
I`m sure your how-to Tutorial will be fine.. Here are a lot of People who are not native english speaking guys.
I´m using an online dictionary if I don´t find the perfect word for something ;)

Well just found out that we are not myspace friends

But I´ve send you a friend request and I´m very sure that I saw your pictures before ;D
I love doing jewellery and Hair accessoires.. and I´m a huge retro videogame fan.
Because of this I make a lot of videogame hama bead figures,too on my other myspace page..
I haven´t post all my stuff here..;)


I think I would be afraid of messing up a tattoo on s.o. too... I can draw but I´m not good enough for becoming a Tatto artist^^
I want to become a fashion Desingner ;)
Reply

Maybe you can use some magazine pages to decorate your box insted of useing wrapping paper..
Some fashion magazines have really cool pics. ;)

Tattoos are really cool..I collect some Tattoo magazines and buy them every month..It´s so interesting..If I would be talented in drawing Tattos then I would try to become a Tattoo artist..
But I love doing some jewellery with a Tattoo-style insted of it*g*

JessayahX · Frankfurt, Hesse, DE · 26 projects 29th December 2008
^^..thank you for the comment ^^ I like your box too.. Maybe you could also use some nice wrappingpaper to spice it up a little bit..
I´m not sure but I think I saw your myspace page before ^^ *g*
I´m looking forward to see your How to from the Jeans skirt tomorrow.. I think you will get a lot of Favourite adds then ;)
bye bye
<3 JessayahX