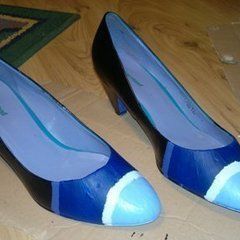 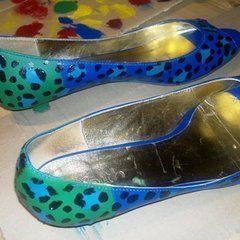 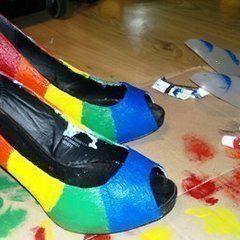 'Rainbow On My Feet' Stilettos 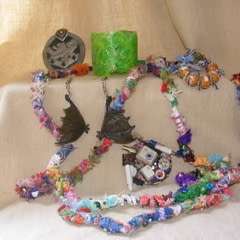 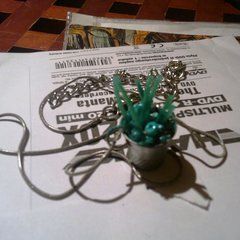 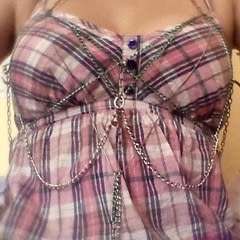 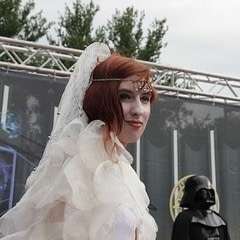 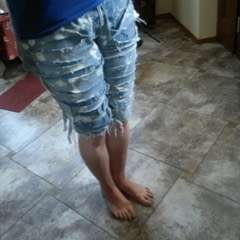 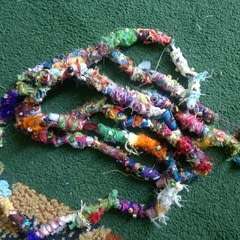 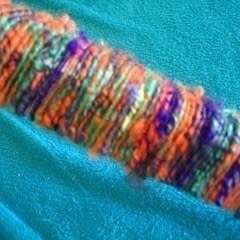 Jet H. · Haarlem, North Holland, NL · 108 projects 15th April 2010
Hi dear , i have asked Karin if she will search in Alkmaar to this shop, she will , but she said, Jet there are many shop look like the one she discribed, so i have send your discription to her, i hope it will work out, but please be patiance, because i don't see her everyweek at the moment, because i have a wiplash , so i had call her off for some time.
much XO 's and still have crossed fingers for you.LOL;-D
Reply

Jet H. · Haarlem, North Holland, NL · 108 projects 15th April 2010
Hi dear , i have asked Karin if she will search in Alkmaar to this shop, she will , but she said, Jet there are many shop look like the one she discribed, so i have send your discription to her, i hope it will work out, but please be patiance, because i don't see her everyweek at the moment, because i have a wiplash , so i had call her off for some time.
much XO 's and still have crossed fingers for you.LOL;-D
Reply

Jules · South Hadley, Massachusetts, US · 5 projects 8th April 2010
Thank you for adding my sailor uniform top to your favorites! I'm so glad you like it. <3
Reply

Kirky · Sparta, Tennessee, US · 16 projects 6th April 2010
Thanks for the platypus sock fave

Jet H. · Haarlem, North Holland, NL · 108 projects 5th April 2010
Hey Scharminkeltje. LOL i must still laughting about you'r nickname.;-D
because of my mistake.
Just let me know when i can uncross my fingers.LOL
but i'm still do it. and sending you a lot of suporting thoughts eiter.;-D
mayby it will help!
Sounds very interesting which you write about the fashion here in holland.
We have some great dutch designers, but its so commen that people wearing their one style of clothing, thats i always forget its not the same in other countrys. We are stubbering people you know.LOL
About my action, pleas e be patiend because i don't see Karin to often;-D
i will let her read your question, i think she know Alkmaar better than i do.
Only your discription of the store.
When i was your age i walked a lot too on the Waterloopleinmarkt , i loved it too much too, LOL When i was 10 years i remmembering that i was going with my mom and i saw always beautifull pop up books, but i never got one, and i always asked her to buy me a marmot, but neither she did.
At that time all the warehouses on the old port were destructed and all the salesmans hang old dolls on the front of them, it was sooo beautifull such a pretty face, i liked it a lot, it doens't worked to safe the buidings, but it was still beautifull, only the market became much smaller thats why they had to move=S
Some funny story about it, i saw there people that fitting old dentures, soooo awefull and dirty, because they stopted it in their mouth and when it didn't fit they put it away in the drawer and took an other to fit, next to them the others picked the just fitted dentures in their mouht too.LOL
Now its a sad comic story, but then i was a little girl and couldn't laught about it.
At that time, people in holland were like other countrys very poor.Of course not all the people, but we suffering still from the seccond world war, Okay i'm a old woman. you know.
so thats me for today, i really try to write not such long storys.LOL
have a great fun day and toy toy toy and good luck and much Xo's

Jet H. · Haarlem, North Holland, NL · 108 projects 4th April 2010
Hi again.LOL yesss i know i'm using a lot of words, LOL
i'm sorry about that, but thats how i'm.;-D
17 is super cool by me! and i like you so you're interesting for me too.
so don't be shy, I will asked Karin my friend that shop. she lives in Koog aan de Zaan thats nearby Alkmaar I've she can find that shop and give me the adress for you.
When i will moved to an other city i will moved to Haarlem, thats in the same direction, and nearby too.
but for now its too far for me. I can't so easy travel by train, but i can asked her, or Gerard he has a friend who lives there nearby too.
Alkmaar is a funy city, and i have seen the cheese market often as a kiddo we were often there on vacation.
We went always to the seashore. I like the sea, that why i like Haarlem too.;-D
Hey thats a big job you must do, i 'm dreaming still of those exames too.
I always must do them in my dreams over and over.=S But when i wake up i'm soooo relieved so i will cross for you my fingers and sending you much sucess and good luck.;-D
I'll try to write less , okay.LOL but i always have to tell things, so...don't be afraid of it, you don't have to answer all of them.LOL
Hey sleep well and have a great seccond easterday.and lots of good sucess and toy toy toys but fun free times too;-D
Reply

Jet H. · Haarlem, North Holland, NL · 108 projects 4th April 2010
Hi, hi dear, thanks for the using of google, its not so truesty but i think it give you an idea.LOL Thats awesome that you was here in holland, were?
I'been raised and born in Amsterdam, but i live now in Utrecht. i hope only not for too long.
The north Hollanders are much friendlyer and have more humour then the Utrechts people. Its not only my opion, about that i heard it from a lot others.
but i live in Utrecht since my marriage years ago, i'm not longer a married woman;-D But thats was a sort of thank you present for my parents to leave the house at that time. And then i was 20 .
i much older now i'm 54 years, i hope it doens't fright you of.
I have a very free spirit so ... i looked and act and behave much younger.
But when i was 18 th i had this problem too.LOL
I had always problems about not looking like my real ages. but badly its only the outside thats looking good. Inside i was not so happy , i'm a wheely.
thats okay by me, i 'm used to that.
i have orderd a new big wheelchair a month ago i supposed and i'm still waiting when he is dilivered, he has a bright yellow lowerside with yellow wheelsdops.LOL but i must pimp the uppersite by myself. I think to use mexican oilcloth! thats bright coloured and cheerfully to pimp the chair.
Just like me.
Yes there are very funny stange projects on cok to find, i'm very happy with that too. and yes thats the meaning of your avatar name.
I'm skinny too, like my drawing, i had drawed my cartoon selfportret because my partner didn't want to write commen letters when i was staying for almost 1,5 year in a hospital in an other city, he wanted only draw pictures, and it became a sort of comic, i draw always a picture to him too.
And it was about us in the future, so i had to draw myself. LOL
I used it too for my bussnis cards, but later one i had used it too for a comic of mental prolbems, which i had to draw for a newspaper.
So everybody thought its the story of Jet, but thats not true, i maked the storys with a friend together, so she give me the issue and after some time brainstorming i had a story to draw.;-D
I like all the things that people like to share with each other, so kind , and nice! I love the friendly comments of this site too. On some site, its sometimes really wickedly.
sometimes i try to tell something and use the wrong words, so i've you don't understand me, please asked me about it.!!!?
i will do the same. then we have a good conversation!
I had that this day, the person write about it, so i have try to make it better, i was thankful about it. its too long ago when i was learning english, when i go to study on the art academy on my 33 years i had to learn it again. but thats a differend englisch more technical terms, the most students had the same problemsLOL
O, i was two cats, on some of my projects you can see them, Wolfje is a youngster just now, she is a birmilla and she is behaving like a wolf, so of that and her looks of her furr she is calling Wolfje, in english Wolfy.
Karin my friend , who helping me every week is making a lot of fun about that. I have given her the family name mvr D'Hond, translated its Mrs The Dog, so she is called Wolfy the dog.LOL
my other cat is called Muis translated its Mouse, she is behaving like a mouse and she is very little for her kind and grey coloured, she is a birmees cat.
but i love my furry friends, do you have pets?
and what are you doing daily, i try to work on my artwork, and in the weekends i try to make projects as present gifts for my friends.;-D
hey i'm glad we are friends, thanks for asking me, i'm feeling a little bit honourd by you.LOL
again have a good cool easter time, and much hugs and kisses with all my love and dutch greetings;-D
Reply

Jet H. · Haarlem, North Holland, NL · 108 projects 4th April 2010
Hi dear Scharminkeltje, lol because of your avatar name , i thought you were a dutch girlLOL but you aren't Sorry about that, and sorry to give you a dutch comment on your projects.;-D
Let me know on which project i written the dutch commend, then i can give you the translation.LOL
Yeaaaaah we are now friends, i like almost all your projects!they are really awesome.
thank you for all the favourings of my projcets , thats so sweet and kind.
Hey have a nice fun easter time, give me an sort of introduction of your self and i will tell you all about myself and all your other things you want to know about me;-D
be kind to your self, specailly this time;-D much XO's and love and greetings;-D

MsFashionification · Nederland, Colorado, US · 4 projects 25th February 2010
Hi there!
You're on TB too, right? When I saw your name, I first thought you were from Holland, but then I saw you're from Poland xD How did you came up with your name, 'cause it's Dutch. Well, I'm from Holland, so I was just curious xD
xx