Vanessa explores the Japanese tradition of Coming Of Age day and interviews her sister-in-law. 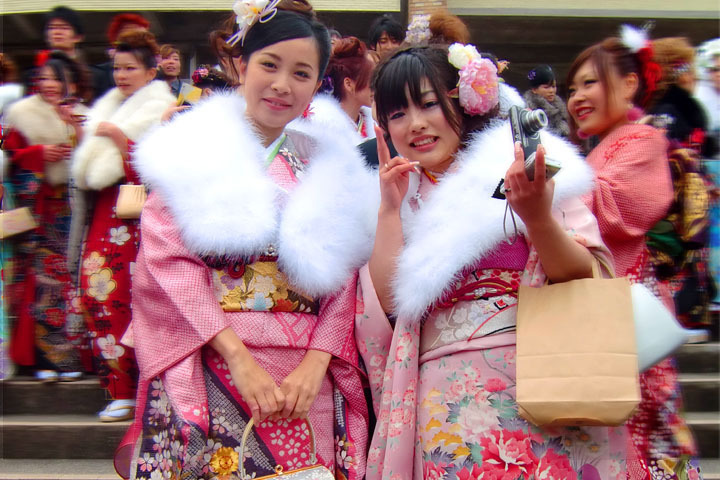 
In Japan, once you reach 20 years old, you are considered an adult and no longer a minor or underage.

What you can do when you reach adulthood:

A national holiday, Coming Of Age Day is on the second Monday in January. The day is to congratulate and cheer on young people who are going to live by themselves and become an adult. Those who are coming of age are invited along to a ceremony held by the local authorities, which is usually held on the day or day before. 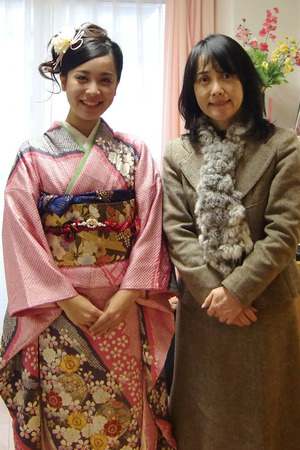 This year, my sister in law, Aika Irino was coming of age and I was invited to town hall for her ceremony. Around 2,600 gathered, sang the national and city anthems, and the mayor made a speech as the representative of coming of age and made an oath. The costume was furisode which is a Japanese kimono for unmarried ladies and hakama or suits for the men. Most of the men worn suits. The ceremony only lasts for around 30 minutes and you can learn more about here.

What were your impressions of the ceremony?
It was fun because I saw many friends from elementary, middle, high school, and I took a lot of pictures. It was like a huge reunion since every 20 year from all over the city old got together. This year, the coming of age ceremony was on the last day of winter vacation, so I thought I wouldn't get to see any other friends who went to the university outside the city, but some of them were there and we got to share good times together. They enjoyed the luxurious costume, fancy makeup and hair style.

There were lots of people gathered in front of City Hall, even before the ceremony started and they were taking lots of pictures. Even during the ceremony, some people didn't go in, so they could keep talking and taking pictures with their friends outside. I was participated the ceremony though.

The ceremony only took 30 minutes, which was unexpected because it's usually long and boring.I worn my furisode for the first time for this ceremony. It was tight due to obi but I felt my back getting straightened out. It was uncomfortable to walk in the kimono because it made me stiff. I’m impressed that people in the old days wore such a uncomfortable costume. It was wonderful day with my friends.

What's the difference between the ceremony's in Nagasaki and other towns?

In ishigaki Island in Okinawa, they get together in the town hall and express their gratitude and happiness for Coming Of Age by dancing. It is a traditional event.

In Nagasaki, we had a ceremony in the community level according to my Grandpa.

In Amami Island in Kagoshima, they wear ooshima-sode which is a kimono made of famous fabric made in the island. Not like any other kind of kimono.

In most regions, the ceremony is held by the city.

Betinho A.
“I'm living in Japan I didn't know some informations that you mentioned ! thank you” 26th July 2011