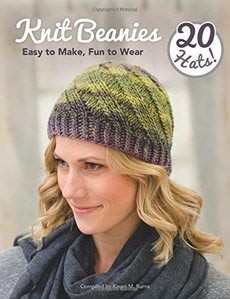 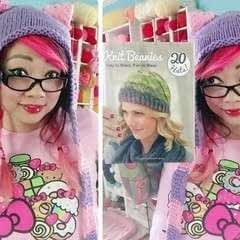 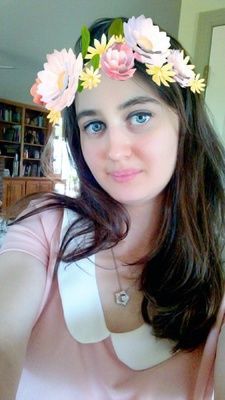 Hi guys! It's Violette! I've been knitting for about 15 years. I run an Etsy shop called Knit Kritters where I sell toys and blankets and patterns. And I'm super excited to share my first published work with you all! It's called "Knit Beanies," and it's filled with great patterns to make some of the coolest hats!

The book - Knit Beanies - came out amazing. There's 20 original hat designs from 10 different designers. Everyone put so much time and creativity and life into all the patterns. There's literally something for everyone because there's hats for babies, children, and adults, and the patterns range from beginner to advanced. Some of the hats are pretty basic and good for any occasion, but others are really weird and out there. I love the "Fiddlehead Fern" hat and the "Portland Birdie" - it's topped off with a little blue bird! I love it!

I was contacted around the end of 2014 to be a part of this project - a book full of hat patterns. I originally submitted 7 or 8 designs, and I was so shocked when they picked 5 of them to feature. Most of my inspiration for the patterns I wrote came from my friends. The "Big Needle Duo" was originally a birthday gift for my best friend. "Alphie" and "Parry" were both named after and inspired by my friends who wore cool hats. "Cat Hat" and "Curly Q" were both inspired by my love of cosplay.

Well, so far the only pattern I've gotten to try out that wasn't my own is the "Swirl" by Amy Polcyn. I couldn't believe how simple it was for an impressive looking hat!

Messy! Haha! Everything is all over the place, it's ridiculous. I'm not a very organized person which is hard for me (and everyone around me)..

I don't know if creative is the right word... I've always been really weird, haha. But I think my weirdness has helped to grow my creativity and artistic ability in recent years. I remember being told from a young age that I had a good eye for design and fashion and art.

I started crafting at a really young age. My mom used to bring home "Beginning to..." sets for cross stitch, crochet, knitting, looming, etc. I don't remember what our first completed project was, but I do remember a lot of half finished projects that we got fed up with, haha.

It's still so crazy to me to think that my work is in the same book with Jen Lucas' and Sheryl Thies' designs. They've both been featured in multiple publications and have several of their own books. In the design world, I'm nobody compared to them. I'm so over the moon to be featured along side them.

Pinterest and Instagram are my two main sources of inspiration. When I'm on the lookout for new ideas, I like to think, "how can I add to this," or "could I make something to go along with it?"

I'm really hoping to publish my own book of knitting patterns in the near future! I'd say I'm about halfway done on my end with writing and testing the patterns. But there's still a lot more to be finished, and it's mostly on the back burner at the moment as I try to balance life and a successful Etsy shop.

Quick to knit and great for gifts, beanies will top off your personal style like nothing else. Whether you're new to knitting or looking for an easy stash-busting project, you'll find fun stitches and techniques to give your beanies terrific texture and fantastic flair.