Kim T. :D hasn't written anything about themselves yet. 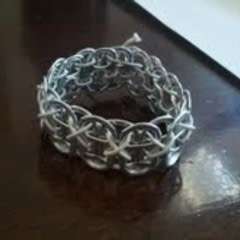 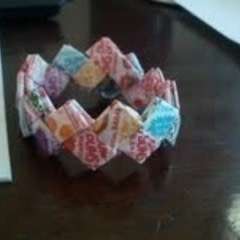 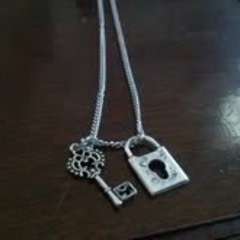 Under Lock And Key Necklace 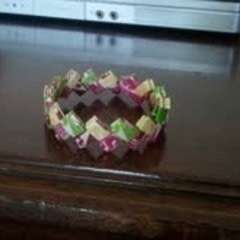 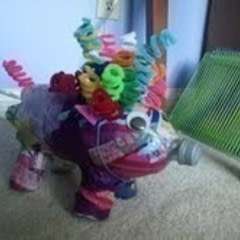 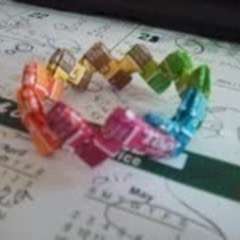 aranumenwen · Aurora, Illinois, US · 117 projects 5th October 2011
Thanks for the fave on my adventure time necklace!!!
Reply

Jet H. · Haarlem, North Holland, NL · 108 projects 6th July 2011
LOL awesome !!!! what's his /her name. i know this kind of piggy. they are small huh?!!! and smart,
I live in a flat on the fourth floor sooo it's not smart to have pigs in the house.LOL
the cats are okay, i live in a very big sizesed appartment the next one is even bigger.OL
and then i have two balconies. on at the street side and one at the front that is in the inside of the building on the galery side.
and my cats are climbers they are eastern cats, a birmilla and a birmees.
so they have their own shelves near the seiling to be safe or play on.
or just sit and watch.LOL
and the balcony in this house.
but i have made it cat safe, many cats are fallen down of neighbours that found me silly to make the balcony safe.
but those cats are very adventurious so... this is better for me as well.
Broken bones by cats isn't funny, my cat muis had have a broken behind leg and it's still one of the broken bones isn't healhted she is been operated many times.
she has iniside a plate and srews.LOL
so after the last surgery she can walk agian. it was very expensive and not fine and pretty for the both of us.
she had to stay in a bench for a half year and later when the pin was no longer fixed inside again a long time.
but... now she is behaving and looks like a real birmees cat again.LOL
My birmilla , they told me that they were the dummest of the birmees version and much calm down , and the same size of the birmees is not what she had to be.
she is way to clever and way to bouncy and a big talker and much larger then a birmees cat.LOL
but i love her.LOL i think she thinks she is a doggy ,she is behaving like one.
Hey why not. you sound nice and kind so, i 'm of course friendly to you too.XD
I'm normally always friendly it's helping to cheerup others that aren't .LOL
i hope like this that the world become a tiny bit friendlier.
The city where i will move to is much nicer to live more friendly people ,in the middle of holland the people are oftenly more closed up and more crumpy towards others.
so .... i'm always suprised when i talk to the community workers they are always nice and kind. okay it doesn't help but... it feels better.
My friends are living then nearby and it's going back to my roots, it's nearby amsterdam where i was born and raised.LOL
and.... more importend nearby the seashore as well.
so i'm a lucky persone;XD
I only hope that i will got soon a brace for my neck my neck is almost broken now and to much inside damaged so i'm stucked to home for a 1,5 year.
Thats why i love my crafting so much.LOL
and cok i feel i have connection with others as well .
hey have a nice fun day and... give your piggy some hugs from me.
for you a bigger ones and kisses
and happy crafting XD

Jet H. · Haarlem, North Holland, NL · 108 projects 5th July 2011
Helllo dearest Kim , you're welcome.must laught of your wishing me a nice afternoon.lOL
all those times difference LOL but i try to think of where people must live and then.... i only know that from the west side of my country it will be earlier and the east it's later,
but how much.?
So you like piggy as well. some people have them living in their home as pets, i don't know any of them personel, i only know people with birds and dogs and cats.LOL
i have two cats , do you have animals?
hey for later sleep well .LOL hey hope till soon if you like.
be crafty. and h ave a nice afternoon as well;-D xxxxx
Reply

Jet H. · Haarlem, North Holland, NL · 108 projects 5th July 2011
Hello Kim the ninja, i reconize your soda bottle piggy bank , i have one day given you a comment, it's still adorable. well done.
Hey welcome to co&k , i'll see just you're still a new one. awesome.and then allready two projects!!!
Thank you very much of your friend request, i appriciate that very much.
and yeaaaaaah we're now friends.LOL
hey hope to see more of your sweet great recycling projects , wish you a nice eve(it's here eve ) and a great fun week as well.
by the way if you like to write , we can write to each other.
hey much dutch greetings and be crafty;-D ^-^
Reply