Printmaking is my first love, but I also have great fun crocheting, embroidering and making things out of felt. I'm starting a pottery throwing course soon which I'm really excited about! I live in London with my fiance James and our cat Hobbes ^_^
Edit my bio » 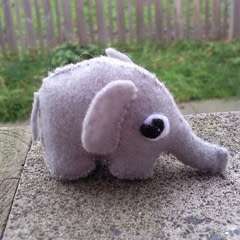 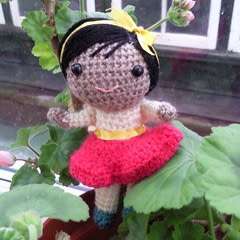 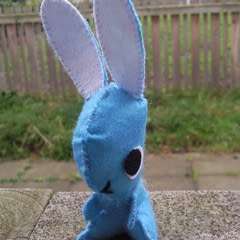 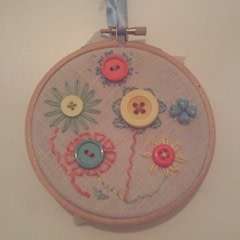 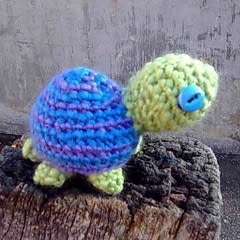 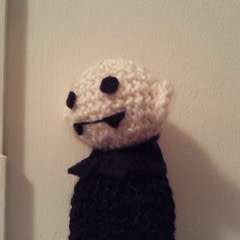 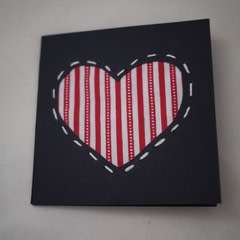 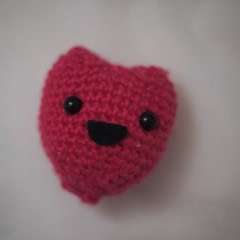 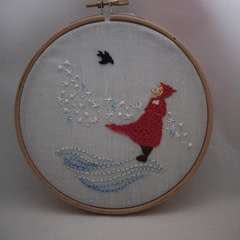 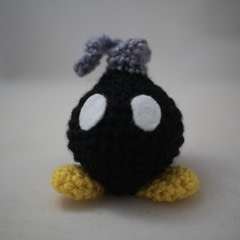 jonesy · Cheshunt, England, GB · 58 projects 19th February 2011
and my soda can robot how-to...really shoulda looked at all the messages before writing anything ;)
Reply

Jet H. · Haarlem, North Holland, NL · 108 projects 30th January 2011
Hi hi dearest friend, how are you doing?
hope fine;-D
thank you for your fave on my message match box project.
it's a fun thing to make!!! i think i will make more of them. but first i must make other things to say goodbye of friends and helping people , in may i think i will got my new key of my new home to be. very excithing of it.;-D
sometimes i don't like it because some of my crafting materials are allready wrapped in boxes.LOL
but i will unwrapped in Haarlem;-D
hey have fun with the making of and an awesome fine fun week as well;-D
Reply

Jet H. · Haarlem, North Holland, NL · 108 projects 4th January 2011
woooow that's fantastic.
that you do that too.
i have worked for a long time for that group of people.
humm for myself as well.LOL i'm a wheelie.LOL don't be sorry i 'm used to it and it's okay,(when i have proper working wheels.)
still waiting for my new wheels , my tiny wheelchair for at home and to work in is more then an 1 year and 7 months broken he can't be fixed anymore.
but it cost a lot of time for the community to give me the agreement because they have to asked for others to check if it's right.-/
so after all it took a lot of time.
i'm used to this too.LOL
but don't think i'm patience , nooo i'm still worse in that.LOL
try to learn it still.LOL
hey i have been a month in Londen for my art study and several times later as well with my partner or hubby John.
we liked the city a lot specially the art and the culture history.
so i have still awesome memories of your town.;-D
only i didn't like some people in the centre, they were soooo afraid of others, and i couldn't find a open tube way to travel back to my hotel.
so after asking several people , i broke down it was mid winter and it was freezing and allready very late in the eve, and i started to cry and some old couple took me by the hand and showed the open station. sooo glad and thankfull that they weren't afraid .
still think of them;-D
but most times i love the people, we have such persons in the city too;-S
so don't bother.LOL
In haarlem the city were i will m ove too have criminals as well.LOL
Sadly they are members of the goverment of now-/
don't like that at all.
mayby you have heard some of it.
oooh so your on the real zero time.LOL
i've been in greenwich loved it there.
the dogs too.
With Jeroen and two other friends we started our own compangnie of disability affairs, we try to change the buildimages of people to change.
i always try this in my own life as well. most people think of me , when they don't knnow me as sick ill and week.
i'm not only sometimes.LOL
the art gift is as present for the yearly prize of the best driveable building.
i have thought of making a torch with a flame but he is in reall too a light.
So i have made the shape of the flame shade and the shade of the torch, today i have connect the elektricity wire with the bulb, still must checking if i done it okay.LOL
have made of fibres some fabric, the one i made before wasn't what i had in mind, tooo thick , must be thinner so i have done it again.
i'm working of a tute so you can make your own fabric later too.
on the torch there will be pictures of our photo exibition of living in the wild.
On them you see very artistic done , disabled people in their daily live.
love them, because they are sooo well taked
so i must download them and do some work on them to make them smaller and in just one colour , i think i know allready what i want.
and then i embroidering Jeroens name with the year on it and glue that on the top of the torch. the pictures are on the toch too.
So it's a joke but still a strong statement like we were as friends and as working members.
i have learned a lot of Jeroen and gladly he too of me.
still missing him. but , still glad that i have spoke some words as a board member of our organisation.
the other board members ware to afraid.LOL
i found it hard as well but i'm glad that i have done it.
on the 17 februari the day that Jeroen died will the prize given and the art gift.
i always had a lot of fun with Jeroen. we had the same silly humour.LOL
i will check internet of your chairity work. sounds interesting.

oooh you're a fan.LOL awesome, like that.
i have noticed that most people have a black period in there lives of cloths and colours, strange though!!!
i had got in that period a card of a chileens woman and it was sooo beautiful, the wife. she looked sooo full spirit and strong of life.
so i watched the picture and thought hummm i have the same spirtit now only buying some colours of cloth, so after all i became addicted of bright colours.LOL
the day after i got the card i have bought bright yellow shoes, it was women day.
such a statement.LOL
now i see more people with coloured shoes but at that moment it was still rare.
one person asked me why i was wearing my yellow shoes, he didn't like the colour but he thought that it was something special because i was sitting in my wheels when i was traveling in the train. told him why are you wearing boring black shoes? then he understand that he was very wrong.LOL
people aways may asked me things but this wasn't the nice and polite way.
at that time is was educating people, now i don't do that anymore.LOL
only react to gave the same sillyness backwards.LOL
okay this is a very very long comment.LOL
hum... i have warned you.LOL

it cost some time to be better but i think its going a little bit better i'm very brave with resting -/
not such a big fan of it.LOL
hey have a nice eve and till soon , great of you , love your avatar sooooo much, sooo lovely and cute and adorable.
i have something with monkeys don't know what. but i do.LOL
hey much love, gun greetings and hugs and kisses
jet xxxxxxxxxxxxxxx

Jet H. · Haarlem, North Holland, NL · 108 projects 4th January 2011
HI HI my friend;-D
aaw thank you for your fave on my beware angle doggy. you must check the link Martha has great crafting idea's , only you always must translate them too make them less expensiver and give them some extra 's.
but i love her idea's , she is a member on here as well.;-D
but i love more durarable craftings , so that why i mentioned the translation of her crafts. it's not really necessary.;-D
i have bought because i didn't have old hanckerchief the one you can buy in a hardware shop.
but of course you can make them too of normal fabric. or old thirts.
hey much fun with the making of;-D
and have a nice day, okay you must work but after you will have some free time too;-D
lots of hugs and kisses.
Reply

Jet H. · Haarlem, North Holland, NL · 108 projects 3rd January 2011
Hi dear Beth you're welcome
Hey are you the one of the blog yourselfs? because you have made a lot of those figures of it, or just a great fan ;-D
the blog which you have made a link on your project off.
love your dolls.
aaaw so sweet all your big complements .;-D thank you !!!
yeaah i love bright colours,LOL it made me smile when i use those colours and made me happy and cheerful.
and made my live much funnier.LOL
i have had a black periode when i was a student on the art academy. later when i was finished there with my study i started with more colours and later all the black was gone.LOL
too in my cloths.LOL
I had ten months ago my third whiplash but last week i have damaged my neck again, so that's why i have pain and some more health problems.
but i must rest and then i hope it will be soon okay.
but thank you of your concern it helps me and does make me less feeling alone.
thank you;-D
hope you have had an nice working day, i saw that you are later in the time then i'm so where do you live.?
more east of mine or more west?
don't understand those time differences i live almost by the greenwich time just one hour earlier then the uk people. So when i didn't want to see the countdown of midnight of the newyears eve i turned to the uk tele canal because they had allready new year eve had.LOL
and when i go to their country it willcost me almost no traveling timeLOL
but only more time when i must go back.;-S
but we don't get all what we wants;-D
Have worked a little bit so i'm glad and satisfied that i have done a tiny bit today.
i'm working on a art gift for our yearly driveable prize of my organisation of disability affairs in honour of my dearest friend Jeroen.
he died last year februari, so it feels like a big honour to make the art gift.
must do still alot.
have made only the shape but now i must make it more prettier and artlike.LOL
hey have an nice comfy eve and till soon
lots of hugs and kisses and love and fun;-D
Reply

Jet H. · Haarlem, North Holland, NL · 108 projects 2nd January 2011
Hi Beth aaaw that's kind and sweet of you to ask me as your friend
thank you!!! love it.
and Yeaaaah we're now friends.LOL
Love your style of your work. it's not sooo the normal style little bit like mine not commen.LOL
Hey if you like we can write to each other. but be warned i can talk a lot , only don't be frithtend i don't exspect the same of others.LOL
hey have an nice day and an fun nice week. hugs and kisses ;-D
Reply

Jet H. · Haarlem, North Holland, NL · 108 projects 1st January 2011
Hey welcome to cok and hope you love it here and have fun with all the projects and got some inpiration of them as well.
Happy new year as well.
and thank you very much of your fave on my cheers project.
much crafting fun with the making of yours and have an nice lazy sunday afternoon and a great nice week as well;-D
Reply