I am a mother who works part time as a Flight Attendant ("Aza'gata'") for American Airlines. I make most of my sculptures as cake tops for my kid's B-Days, some I give away as presents. I was born and raised in Mexico but moved to the States in my teens. Because I am Mexican, a lot of my art has that Hispanic Flavor.............
Edit my bio »

Find Diana B. on 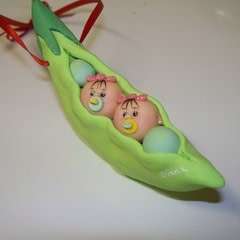 Two Peas In A Pod 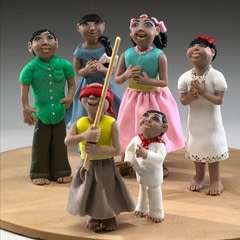 Jet H. · Haarlem, North Holland, NL · 108 projects 1st March 2011
Hello dearest Diana, i have missed you for a long time, glad you're back.
when i saw the new project i was suprised it' was your's but i realized direclty why they were soooo great modeled!!!
so you're very welcome, i think we all needs suport;-D
hope you're doing well.
hey have a great nice rest of the week;-D be crafty , hugs and kisses and greetings with lots of fun;-D
Reply

Jet H. · Haarlem, North Holland, NL · 108 projects 8th December 2010
Hi Diana, ooooh soo sweet of you as well to ask m y as your friend and all your big complements.
i'm blossing again.LOL
but i appriciat this a lot.
so we're now friends, like that.
you are talented too, not all people can make such a dolls!
you watching people very well, that's the trick too and having a modelling talent.;-D
I like your mexican style, i have seen a lot of Crafty Chica but after a while it's all the same soooo boring .
no refreshments or new idea's -S and i think it does the mexican culture shortages.
i always try to do other things in my art work.
and still have accomplisthed that.
my latest work isn't on the website, having with that too problems-S
but i have thought now i must first move and then try to seatle down theire and then i will work on the other things.
i have heard from an member that you can use google translation to read the commics on my site.
but some are very typical dutch.;-D they are all published in magazines so that's why i don't translated them, only the cartoon on here i have translated him.
i had promised of the large discount of the salesman from my yellow big wheelchair to draw him a cartoon.
And he loved it, he send me as thanks a big bouquet of flowers, yellow ones.LOL
funny.!!
No not all my art is paper mache, the big statues of the man and woman and dog are made from a material that i have made my self.
and the man that is made op paper with sewing stiching and then brush the paper away when i had sewing it on the machine and then i constructed it together.
some of the dogs are only made of leder or of fabric which i have embroidered by hand and then glued it together on a wireframe and used clay for some parts or made my own paper.
only some parts are paper mache like the pigs.
one of them is lost,-S A person on the choire hated me she was yelous of me becaus i made all those things for the performances on stage.
and they other i have sold her, and because the other was gone , i had made two new ones because without my piggy 's i couldn't live .LOL
and i still have the piggy vase which got the first country prize of a big warehouse store. a expensive shop.
with a lot of design things and them my piggy vase had won the national prize and sooo kitshy.LOL
i had a lot of fun about that.
but after that i have made m ore of papermache , only it's not on my site, and try to found out still other things to use as a new material like the piggy bag on this site.
and i work too a lot with rual felt fibres sooo beautifull and fun to do , but in the winter i do it in the washing machine not wet by hand.
i will move next year may to an other city, more to the seashore and nearby Amsterdam, were i've been born and raised.
i have lived 35 years in Utrecht so after the dead of John my hubby 5 years ago i told myself you must do something new/
and suddenly i got this proposal of a new build appartment on the top of a building in the middle of the old centre, sooo didn't had to think of it for long.LOL
so now i'm very busy to wrap my art work for storage after i have moved we will hold those things up.
but it's a great idea to don't have to be scared of my artwork.
and the artwork of John
This fryday we will move some of my art work to their.
always excithing how it will go.;-D
so ... busy girl at the moment, hey feel vry to ask me things or things you want to know or help on here,
I had have a lot of help from others as well ;-D hey much love and greetings and have a funny day or just nice , hi for the kiddo's and hugs with kisses;-D

Diana B. · Elk Grove, California, US · 2 projects 7th December 2010
Wow!!! Went on your website.... your work is Fabulous!!!! The comics look funny, I wish I could read them, your sculptures took my breath away!! Are they all paper mache?
Reply

Jet H. · Haarlem, North Holland, NL · 108 projects 7th December 2010
smart of you, see that i'm your first visitor that write on your page,such an honour.LOL
looks like your sort of new one still. soooo welcome one the site, and hope you will like it here a lot .
oooh and sooo sweet that you have faved my tiny paperdoll figure. and written a comment. i love that.
and thank you of your complements, i'm blossing.LOL
love your plymer sculputers too, sooo well modelated!!!
awesome!!
like those dolls too, i think you looks too ofthen to people how they walks , stands , dressed them selfs , act,
like that.
Like the info of you, don't give them all away, or just make at last picts of them.
i do that too, because i will have them still in someway around me and i can see on watching them i've i make some progress;-D
hey have an nice fun rest o f the week, hope you will upload some more of your projects;-D