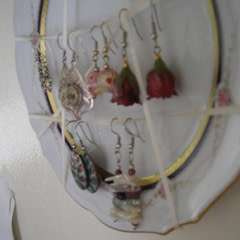 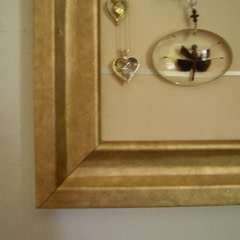 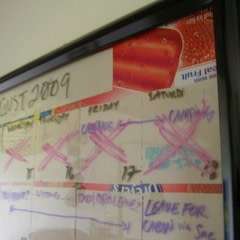 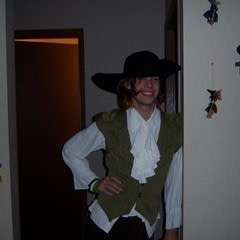 Jocelyn · Pittsburgh, Pennsylvania, US · 17 projects 24th February 2010
and thanks so much for adding my branch jewelry holder to your favorites!
Reply

Jet H. · Haarlem, North Holland, NL · 108 projects 11th February 2010
hi Katia Ruby, thank you so much for the faving of my he blow out his brains project, the choire members love him too, when we sing the song a fave member is acting like the boy and must cry out loud hold of i shoot, and then shoot, and then... you hear a loud Bang! Only (gladly) a bang noise.LOL
because its just a boytoy.
have a great crafting day.;-D
Reply

Jocelyn · Pittsburgh, Pennsylvania, US · 17 projects 26th January 2010
thanks for favoring my suitcase end table! be sure to upload a picture of your version if you end up making it!
Reply

My favourite ice cream flavour?
That would be mint chocolate-chip, cookies and cream, green tea flavoured and the simple chocolate

How about you?
Reply

November 6th, 2009
I have to have christmas as my half birthday lol
Reply

November 6th, 2009
Hi, thanks for favouriting my stab binding:]
You joined CO+K on my birthday

October 24th, 2009
Mmm, lemon sorbet is yum, but I have some doubts about mint cookie... Cookie is btw one of the 250 American words that were originally Dutch words. Like "rucksack" or "knapsack", which sound almost exactly like the Dutch words - quite funny. About twenty kilometers from where I live, there is a town called "Hoboken" and I read there is an "Antwerpen" in New York too.
Reply

October 20th, 2009
Haha, my favourite ice cream flavour is hazelnut, I think. But my favourite coupe is definitely bresilienne, which is vanilla and mokka ice cream with caramel sauce and bresilien nuts for if you would not know it. At the very moment I am eating a coupe dame blanche with bresilien nuts

. I really love ice cream, we even have a machine to make our own! Our best creation was chocolate ice cream with brownies in it, jummie!

I guess you must like ice cream as much, otherwise I can't see another reason for you to ask my favourite flavour. What is yours?
Reply

Meeko · San Francisco, California, US · 3 projects 20th October 2009
wish i had roller skates...and knew how to roller skate hahah a crafts day would be fun!
Reply

Totally different. many things to get used to you know.
Reply

do you venture up to Arcata often? I was just in Eureka this morning for breakfast. small world
Reply

October 18th, 2009
Today they are going to tell the results of the poll, but I don't think this "referendum" will make any difference, the bridge is going to be built anyway. But you never know...

Yes, cathedrals are amazing, I am very proud of the one we have in Antwerp, although it isn't finished. It had to have two towers, but it only has one because 500 years ago they ran out of money building the cathedral.

Yesterday, I went to a comic fair. With cosplay, you'd get 3 euros discount, so I finally finished th pink and blue falls I had been working on for almost two months. I put on a very short dress and knee socks and I was ready to go! my friends are big manga and anime lovers, but I don't know nothing about it. It still was fun though, because there were American comics too and there were many people dressed up as super heroes and such. I bought Tim Burton's "The melancholy death of Oyster Boy and other stories" and the graphic novel "New Moon".
Reply

October 15th, 2009
I am sixteen, my birthday was last month. Here it is freezing cold! It's around 10°C, not very cold, but as last week was ten degrees warmer, I still have to get used to the temperature.

It sounds like you live in a very beautiful - but wet - place! Antwerp is a thrilling city, there's always something to do. But everything is crammed with houses, you have to go to Wallonia (the French-speaking side of Belgium) to be in a proper forest. Now there is a big debate because some people want a huge bridge over the river that divides Antwerp into two banks. I think it is way too big for such a small town (in comparison to an average-sized American city). But I'd still recommend people to visit Antwerp, because of the museums and the nice shops. And the cathedral, of course.
Reply

October 15th, 2009
Haha, when you posted your comment, it was 4 AM here! Half Mexican, that is cool! My forefathers are from the Netherlands and my great-great-grandmother was Spanish, but that is about it. Since this school year, I am learning Spanish, but we don't learn much. I think our teacher only works at a school because of the many school holidays.

"Toodles", I haven't thought about that yet, but I think you are right

How old are you actually? And what's the weather like where you are? x) (yes, quite and important question!)
Reply

October 14th, 2009
I officially hate my pc now, I was about to send my message when this page shut down! 2nd try:

Haha, luckily the wasp didn't sting you! I always heard wasps would turn against you if you'd shoo them away, but it has never happened to me yet.

The woman on the picture wears lovely clothes! I like bellydancing because you have to have a bit of a chubby tummy to get the best effect. I have bought a SNS-card, a Sports After School card, so I can try a bit of every sport. Maybe I'll try the bellydance class one time, but I am not a great dancer.

I am wearing my fascinator right now and I really feel like "40s chic". I didn't get many comments at school though, but my class mates are quite used to all the strange things I wear.

Nice you read Le Petit Prince in the original version! I didn't expect an American person to be able to speak French. Most Belgians speak at least three, four languages (we must learn at least two of the three national languages: Dutch and French, the third is German) and abroad we generally try to speak the local language - or we speak English. As English speaking people don't really need to be able to speak another language, Belgians are generally quite surprised when, as in your case, an American person can speak French.

I knew the pronunciation question would come! Tine is pronounced "Tee-neh", so the "e" is like in "the". I live in Antwerp, so that is the Dutch speaking side of Belgium.

Old school letters are fun, but now I do everything by computer, especially now I have Facebook.

PS: "Toedoeis" is like "bye", but it is actually gibberish. Most Dutch speaking people would say "doei" or "daag". "oe" is pronounced as the English "oo", if you did not know that ;).

October 12th, 2009
Thank you very much for adding my fascinator to your favourites! I think your described hobbies and likes are the best things I ever read at CO+K or at any website where you can fill those thingies in. But do you really strain your feet that much that it is special when you don't strain them? my twin sister kind of believes in fairies too, I think it is a adorable feature. Since when do you bellydance? I like those hip shawls with ching-ching charms, I almost bought one in London (but I would only annoy other people). The books you listed didn't come as a surprise after reading through your other information ;). I read The Little Prince in French, Alice in Wonderland is on top of my book list.

I am sorry if a blow you away a bit with this long text, but I read you don't mind and I like writing English - I rarely dream in my own language xD.

Ariel Greenwood · Lake Elsinore, California, US · 108 projects 28th September 2009
thanks so much for checking out my site. it really means alot to me. <3

your costume sounds so cool, what a great idea! You should totally carry a pomegranate all night, and the raven feathers sound great! my ideas would be...wear a dark red stain of lipstick, deck yourself in gold and precious stones, maybe get some greek-looking sandals and glue fake flowers on them...hope these suggestions inspire you!

Wow, you are so lucky yo be moving to Portland, how'd you manage to pull that off?
Reply

evee -. · 19 projects 27th September 2009
your music taste is great! and thanks for the nice comment

elisha · Picayune, Mississippi, US · 41 projects 8th September 2009
i love your taste in film, especially mirror mask, one of my faves.
Reply