I use this persona Instead of my real self, yes I'm that paranoid.

Greed (????, Gur?do) is a Homunculus, called the "Ultimate Shield" because he can rearrange the carbon in his body to make his skin as hard as diamond, thus making himself almost impossible to injure by normal means. As his name implies, he is a very avaricious character, who likes living in luxury, surrounded by powerful minions and beautiful women. He also has a habit of flipping people off in the manga. Despite his generally greedy nature, he is shown to honestly care for his subordinates, as detailed below.

Greed is the third Homunculus created byFather (according to Perfect Guide Book 2) and claims to be around two centuries old. He defected from the other Homunculi over 100 years before the start of the series, as fulfilling Father's cause would deprive him from obtaining all of his worldly desires. He first appears hiding in the Devil's Nest in Dublith, with his gang of chimeras all of whom he apparently rescued from military experimentation.
After learning of the Elric brothers' battle with Scar, he becomes intrigued with the notion that the youngest brother,Alphonse, is an independent soul bound into a suit of armor. Contrary to fact, he believes that existing in this state would make him truly immortal. He sends out his gang's smallest member, the lizard chimera Bido, to confirm his suspicions. Bido locates the brothers, but is discovered and barely escapes the two. His hopes confirmed, Greed orders the rest of his gang Roa, Dolcetto and Martel to capture Alphonse. After a long chase the chimeras capture and bring Al to Greed where he introduces himself and starts questioning Al about his empty armor. After a short conversation, Al synthesizes stone fists to crush Greed. To his shock, Greed shrugs the hit off. He then orders Roa to smash his head to pieces with his hammer. In seconds, Greed rises up with no wounds, explaining that he is, in fact, a Homunculus.

Finally reaching the surface, Greed finds all the allies desperately fighting to bring down Father's strength. As he watches Father fight, Greed envies Father's powers and claims them for himself, saying that the power of God will finally sate his desires. Ling disagrees but Greed orders him to be silent and charges headlong into battle. Since Father's power is waning and he is losing control over the God that he has absorbed, Father decides to lower his guard in order for Greed to strike him and in doing so reabsorb his son's Philosopher's Stone. However, Greed anticipated the move and Ed seizes the opportunity to strike Father directly. Though the attack fails Father's overuse of his power causes him to lose control of God and his body begins disintegrating. When Edward regains his right arm and tries to finish Father off, everyone cheers for him except Greed. Quietly the homunculus admits to Ling that the true thing he has always wanted was not world domination, but to have friends like them.

In the end, Father attempts to absorb Greed's Philosopher's Stone. As Ling attempts to hold on to Greed, Greed tricks him into letting go, making sure that Ling was not absorbed with him. After being absorbed by Father, he then proceeds to reveal a variation of his powers: he begins to transmute Father's body into the weakest form of carbon, graphite, thanks to his powers over carbonization. Father, angered that Greed would betray him even in the end, kills him. His last moments are reflecting that neither Ed nor Ling showed him the respect he 'deserved,' but accepted it in the end and says farewell. Greed is the sixth Homunculus to permanently die.

Being a member of the homunculi, Greed (in both incarnations) possess the standard abilities of his race: rapid regeneration, enhanced strength and speed, as well as near immortality. As for his homunculus power unique to himself, he has the ability to re-arrange the configuration of carbon atoms of his body, allowing him to convert his skin into Graphene. He usually uses this ability to partially strengthen the density of selected parts of his body during battle, but can extend the effect to its entirety. In this form, he resembles a black-skinned demon with a malevolent facial visage. As Greed has control over the configuration of his body's carbon atoms, the substances that he can convert his skin into can vary based on his intentions. He can choose to convert his skin into the indestructible substance, or he can turn his skin into a weak graphite. The latter was seen in his fight against Father shortly before he died.
As for the second Greed, while sharing the same powers, these advantages are further enhanced by Ling's abilities such as the knowledge of Wrath's sword skills. Though he prefers to use his ultimate shield to form claws covering up to his shoulders (thereby summoning makeshift weapons at will), leaving much of his body vulnerable to attack (only using his shield on other areas to protect them from attack temporarily, as seen when Wrath attempts to slice Greed's head off with his sword only to have it broken in two by Greed's shield), in Chapter 100 of the manga, Ling requested more power from Greed and finally assumed a fully armored, presumably invincible form. Furthermore, being fused with Ling's body enables the two to conveniently switch during battle (though he dislikes having to do this, as he fears that Ling will simply "run off with this body"), allowing them to compensate each other's weaknesses with the other's strength (i.e. as Greed, he can summon the Ultimate Shield, while Ling can sense the presence of people and differentiate them from homunculi).

Trivia
In the 2003 Anime, when Greed goes into his full Armor state, his mouth doesn't move (unless he laughs). However in Brotherhood, when he uses his armor, his mouth does move like in the manga.
Taking into consideration Greed's particular skills and charismatic persona, it is likely that he served as an instigator agent alongside Lust and Envy before defecting.
Greed's body being shared with Ling could possibly be a reference to Canto XXV of The Inferno. In this Canto the thieves are subjected to the constant loss of their bodies to the lizards that inhabit the seventh Bolgia. In life they took the substance of others, transforming it into their own, so in Hell their very bodies are constantly being taken from them and they are left to steal back a human form from some other sinner.
The reason Greed appears to be loyal to his friends, unlike any of the other Homunculi, is suggested by Ling to just be another extent of his greed—possessing all would also imply "friends". He later reveals that he never really wanted all of the world, but to have friends like humans do.
Interestingly, as the second Greed, when his hair is over his right eye Greed's soul is in control, when it's over the left side, Ling is in control. However, this is only mostly present in the manga, as the 2009 anime shows the bangs in mostly random positions, regardless of who's in control. Instead, they are differentiated by their voice actors.
In a slight way, Greed is one of the few characters, alongside both Selim Bradley and Hohenheim, to have entirely new Japanese and English Voice Actors from 2003 to 2009; although Greed's original English voice actor did reprise his role initially.
In the latest fan poll Greed came in the 12th place, making him the second most popular of the Homunculi, Envy being the first. The second Greed came in 13th place while Ling himself came in 9th.
The original Greed and Lust are the only Homunculi who are not in a back spine volume shot.
Although Wrath and the second Greed are created in similar ways (injecting a Philosopher's Stone into a human body, a human based homunculus), only Greed is able to regenerate. This is most likely because Bradley "fought" against the Stone, draining it to only one soul, while Ling offered his body to the Stone without resistance.
Due to his death and rebirth, and the fall of his Homunculi siblings, Greed was both the first Homunculus to die and the second to last one to die permanently (Father being the last).
Second Greed is commonly called by fans, "LinGreed," due to the fact that Ling's name ends with the letter G and Greed's starts with G. Greedling or Greelin are also common nicknames for him. Edward has also mentioned to calling the new Greed "Grin", but it never appeared to have caught on (possibly due to "lame puns" regarding Greed's smirks.)
It is interesting to note that the Ouroboros between the first and second Greed differentiate in the 2009 anime. Ling's Ouroboros is actually facing the opposite way as the first Greed. The first Greed's Ouroboros had its top by his fingers, but the second Greed wears his with the top by his wrist. There are a few animation mistakes where it changes around (by his fingers), but for the most part, it's opposite the first Greed. It is unknown why this was decided, because the mark is the same on both Greeds in the manga.
In the English Dub of Brotherhood, by episode 28, the new Greed (Greelin) is voiced by Troy Baker, because Chris Patton quit voice acting before the dubbing process of the anime was finished.
Unlike his fellow Homunculi, Greed surprisingly does not harbor any sociopathic feeling towards humans.
According to the English audio commentary in Conqueror of Shamballa, Troy Baker originally auditioned for the role of Greed in the 2003 anime but was rejected after 35 seconds because he couldn't laugh right for the part. Ironically, Baker did go on to play the second Greed in Brotherhood.
Greed's motive for kidnapping Al does not sensibly transition to the 2003 anime. Although both Greeds sought immortality by being bonded to an inanimate object, it's heavily stressed that Homunculi in the anime have no souls, thus making a spirit binding impossible.
Coincidentally, in all versions of the series, Greed is the first Homunculus to "die" (though he was reborn in the manga and 2009 anime).
His favorite phrase is "There's no such thing as 'no such thing'!'".
Apparently Greed does not believe in telling lies, as Ling stated when Greed lied to Ling in order to prevent him from being dragged into Father along with Greed himself.
The way Greed transfers to a new body in the manga and Brotherhood is similar to Hazama/Yuuki Terumi of Blazblue, where the latter like Greed "seemingly perished" and later possess a vessel to be reborn, only Terumi took time compared to Greed, and grew permanently in control for the vessel was made specifically for him. Both have also been voiced by Yuuichi Nakamura in Japanese.
Interestingly, Terumi's durability is similar to Greed's title as the Ultimate Shield, most Blazblue fighters often have a hard time trying to defeat him, though Terumi's weakness was not as obivious as Greed's.
Edit my bio » 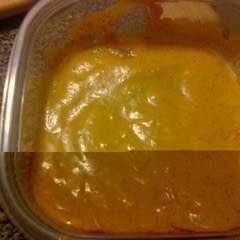 Awesomesauce Dressing/Put It On Everything! 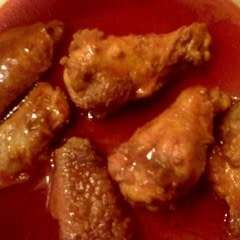