Stitch along with Mel from Woolly Truckle

When did you first start knitting / crocheting and where did you learn?

I learnt how to knit as a child at my mother's knee, but only the basics. I never really picked up needles again until I learnt to crochet. I developed a passionate and slightly bonkers fetish for granny square blankets and had always been told that crochet was more difficult than knitting, so I thought that's it then, I'll just have to buy them from charity shops. My friend at work then announced that she'd taught herself to crochet one weekend and leant me the book she'd used. I didn't get on too well with it so went to look at some You Tube tutorials. As a result of other people's generosity with their teaching, a whole new yarn-based world opened up!

Yes, it was terrible. I bought two different yarns, that were extremely cheap, to practise with, of two completely different weights, of course. I was just practising double crochet (UK terms) back and forth. It took a while for me to realise I was doing back loop crochet rather than regular. The edges were desperately uneven partly due to the differing yarns but mainly because the turning chain was but a dream at that stage.

Who are your favourite pattern designers and celebrity knitters & crocheters?

There are so many people I admire in the knitting and crochet industry. I aspire to the dizzy heights of people like Debbie Bliss who have brought out a yarn range, magazine and now homewares. I think my heart belongs to designers who have developed a very distinct aesthetic such as Hannah Fettig, Kate Davies and Louisa Harding, particularly those who have turned to self-publishing to create beautiful products that are more than just pattern books. My current favourite is Buachaille by Kate Davies Design. It includes traditional Scottish recipes as well as walking routes around the Highlands. These designers are all very different, but the quality of their work is exceptional.

What are your favourite things to stitch and do you have a favorite item you've made?

My favourite things to make are blankets. Without a doubt I feel the cold! Anything I can snuggle up in or under is the perfect "make" as far as I'm concerned. Generally I'm always really pleased if I've conquered a new stitch or created a colour palette that sings.

I love a quality detective show from any nation or period of time. I love the fact that us Brits are getting a heavy dose of Scandinavian thrillers. I am also, along with millions, a big fan of Game of Thrones. Though it's often a bit too engrossing to knit at the same time!

I am the keenest of gardeners so I spend a lot of time outdoors planting, digging and growing. It's the best therapy in life and when you throw in some crochet, a little knitting and some good food there's nothing better. 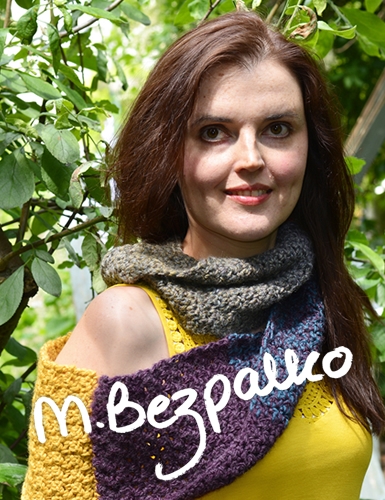