Cook along with Jane-Anne from Scrumptious South Africa

I spent a lot of time dangling in the kitchen at my mother’s elbow when I was a small girl, watching her cook all sorts of wonderful things. When I was nine or so, I thought I’d have a go, and the first thing I made was a batch of my granny’s peanut-butter biscuits. I wrote the recipe – and my subsequent ‘experiments’ - down in a notebook, which I still have.

I have a small and compact kitchen, which suits me fine, but I wish there was more storage space, because I have a magpie’s collection of props for food photography, which I have to stash in cupboards all over the house.

I am methodical – even annoyingly fastidious - when it comes to cooking, but I haven’t always been so finicky. When I first took up serious cooking in my twenties, I carelessly flung things together with chaotic energy, but now that I’m older I’ve recognised that precision, calm and order in the kitchen produce the best results.

Read more cookbooks. You can learn a certain amount from watching celebrity chefs and reality shows on TV, but the obvious time constraints of television mean that the finer details have to be left out. And the devil really is in the detail when it comes to fine home cooking. I have learned so much from cookbooks, and particularly from the great women food writers of the 20th century, including Elizabeth David, Jane Grigson, MFK Fisher, Julia Child, Claudia Roden, Marcelle Hazan, Madhur Jaffrey, and so on. 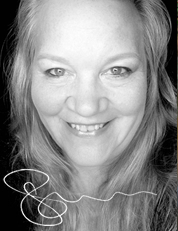