Cook along with #CookingSuperstar Emily Ellyn

What do you get when you mix down-home values with quirky up-town flair and a solid culinary education?

Meet Chef Emily Ellyn, best known as the Retro Rad Chef from Food Network; appearing on “Food Network Star,” “Cupcake Wars” and most recently as the winner of “Cutthroat Kitchen.” She’s also a culinary educator and food writer, who is the national spokesperson for Frigo​®​ Cheese and the Cake Genius at “Cake Central” magazine.

Emily encourages everyone to dig through their mother’s recipe box, dust off their pressure cookers, and take the old and make it new. She takes the retro, remixes it, and makes it RAD! Don’t miss this rising culinary star, with her trademark cat-eyed glasses, cooking up fun at food and spirits events around the world.

I always woke up before everyone else and would creep around the house looking for entertainment. Since no humans were budging from their beds, I’d sneak up to the living room and watch cartoons until the news or church channels took over. Growing up pre-cable meant that this happened after about two shows. Then the boredom set in and I’d shift my curiosity to the kitchen.

My first memorable solo chef meal was a delicious French toast and eggs breakfast. My first customers gave it rave reviews despite the large welt I’d seared into the plastic laminate countertop with the sizzling pan. This burned badge of accomplishment remained in that top long after I left for culinary school at the age of eighteen.

Number one rule I was taught by my mother and continue to follow is clean as you cook!

Other than that I’m usually fluttering around kitchen cooking so I have to keep organized. I am lucky to have two kitchens - a filming/stage kitchen and a prep kitchen. In the prep kitchen I have clear plastic bins labeled with all the different cooking utensils and specifi cupboards dedicated to props for food photos.

My favorite thing to remind people is to EAT and TASTE. You can’t cook if you do not know how things taste! My dad always said, “Cook what tastes good!” He would start cooking then taste…add a little of this and then a little of that…taste and repeat until it satisfied his taste buds!

I would will COVID away and invite the neighborhood! I love my friends and neighbors and hate that we cannot gather.

I would make big bowls of homemade pasta, loaves of bread, veggies and salad from the garden and toast all of them with copious amounts of wine ;)

Crocheting! My mother, Carol Hummel is known as the Mother of Yarn Bombing and is best known for her Yarn Trees that can be seen all over the world including the entrance of many groovy Phish shows. Check her out at CarolHummel.com

I’m not such a blog reader as I am a culinary blog/poodcast listener...the top culinary podcasts that I crave! AND, I am able to shovel in my weekly helping of listening by setting the speed at the double speed setting!!
Splendid Table
Eater’s Upsell
Serious Eats

Life is SHORT, so don’t be afraid to be YOU. You are so cool and unique and for the love of God, the minute you realize this, you will be able to love yourself and you will surround yourself with cool like-minded individuals who want to help raise you up!

How much time do I have for this interview? Because I could go on…

When you are not afraid, you can be authentically you. When you’re totally honest everyone around you will be comfortable being authentic/real/honest too. You will be able to pursue your goals by creating and co-creating on a higher level. With no identity issues, you will work together to elevate the community and the collective energy will allow you to accomplish so much MORE. WOW! This is an opportunity to be great and the worse thing that could ever happen is you give it a go and it doesn’t turn out how you thought. We learn from it and we do it again with some educated modifications! And hopefully along the way you are eating good, experiencing neat new things, and meeting people who teach you lessons and/or support your dreams…

I realize it is not that easy! Fear is a weird thing that messes with our minds and is even imposed by outside influences. We just need to be reminded we are all human and we are all dealing with some level of fear in some area of our lives. Hopefully, through loving and respecting those around us, we will leave a legacy, which has elevated the whole. 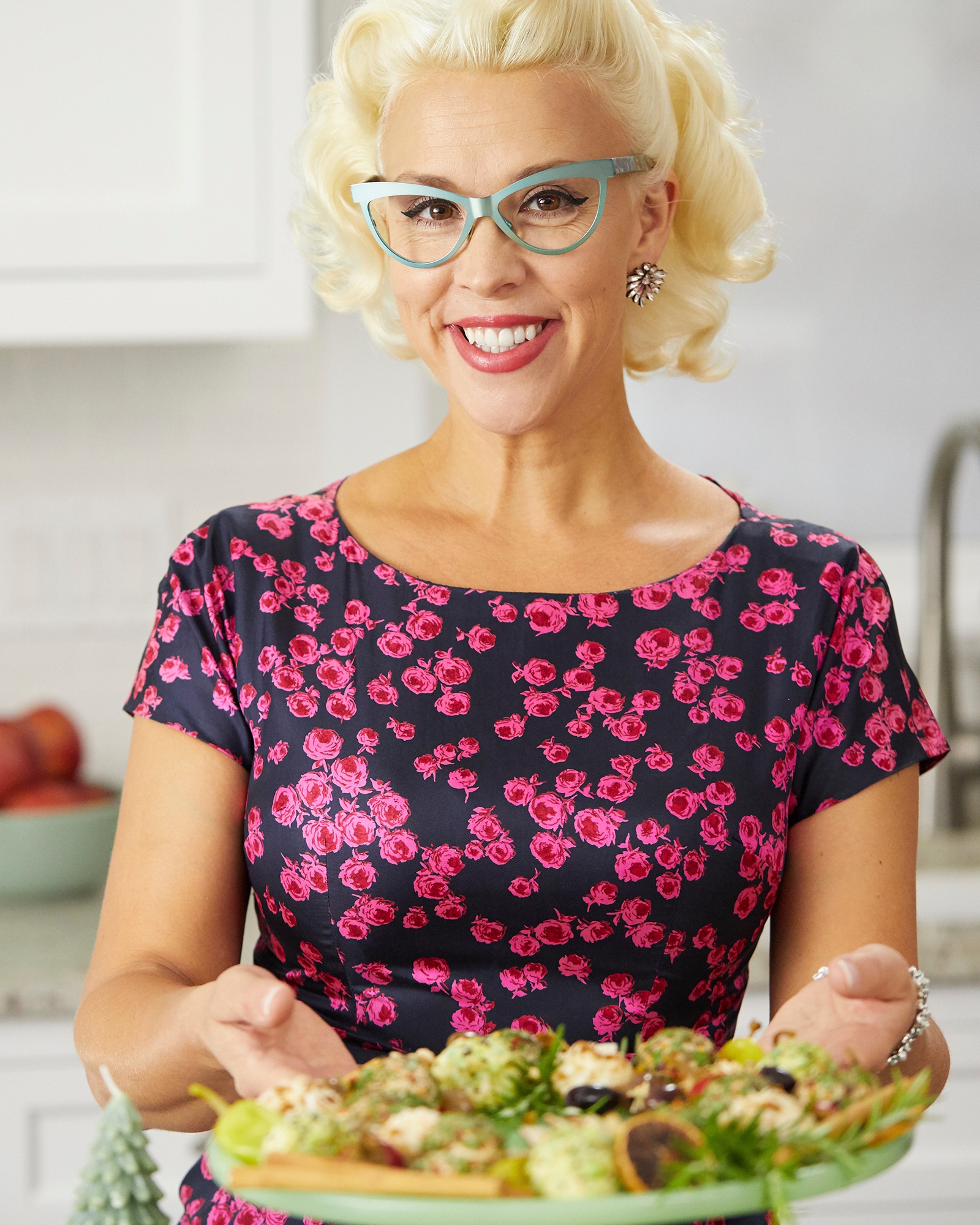 TV Show
“Marvelous Mrs. Maisel”! She is a gas and cracks me up!
Band
I have a lot of favs, but I can’t help but sing real loud with Dolly Parton and Bette Midler (takes me back to girlhood!!)!
City
Well, of course, Orlando! That’s why we have planted roots… Favorite Culinary Destination: Chicago in my opinion has it all! Great food, drink, atmosphere. The chefs and restaurateurs are always pursuing the next deliciously rad trend!
Movie
“Wizard of Oz”
Cook Book
I have a LOT of favorites! I’ll narrow it down to cookbooks for this article. My absolute favorite cookbook is La Varene Pratique by Anne Willian. As a child, it fueled my passion to cook and started my formal culinary education. When I was 10 years o
Cuisines
Too many to choose from, but if I had to choose a last meal I would choose Thanksgiving dinner with lots of fresh veggies from the garden.
Ingredients
Cardamom. I always have apples growing out of my ears, and I love that the slight citrus notes of cardamom enhance the apple, making them taste more intense.
Kitchen Gadget
A zester juicer! Living in Orlando, FL with citrus trees growing in my yard I’m in need :)