We chat to felt artist Heather Potten about her work. 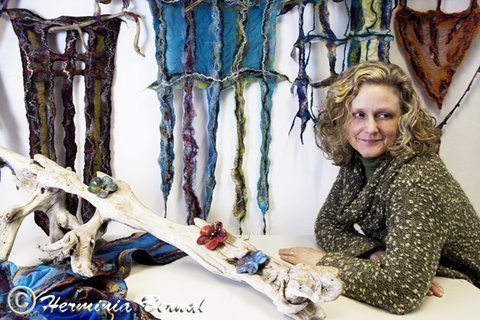 Felt………hmmmm not really the most inspiring of materials, or so I thought until I met up with Designer and Artists, Heather Potten. Gone were the preconceptions of pre-made felt squares with glitter, sequins and pasta shaped glued on to it ( but let’s be honest, wasn’t that the best part of kindergarten?!) and I was led into the world of “Felt Fusion” with silks, wood and a veritable cacophony of vibrant colours. Impressive and beautiful, her artwork has inspired many to join in with her many varied Workshops. 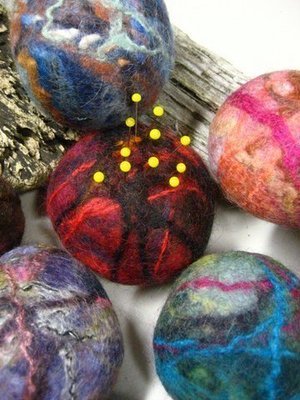 Tell me, how did you start off?
I started when I was travelling in NZ with my husband and there was a 4 days section in the holiday where you could go on a long trek, but I didn’t want to go. So I was in a place called Nelson in the south side of the Island and they have a thing called Creative Tourism where they have a site offering their courses. I chose glass fusion, wood turning and felt making which interestingly was the one I had the least expectations of  My tutor dyed her own wool and had a large garage  full of different coloured wool and basically said “help yourself”. I made a bag in the two days of doing the course and when I got back to Edinburgh I immediately went and found some courses at the Edinburgh College of Art and did two terms there and a week in the summer and eventually my tutor said “right you have done enough here now, it’s time for you to go and find your own style” 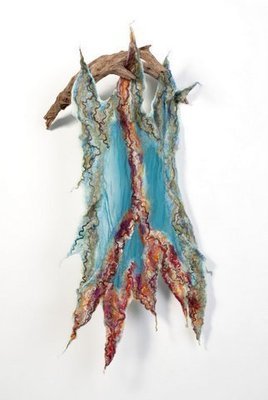 Was it more of a hobby initially?
I think almost immediately I wanted to do something with it and not just do it at the weekends. I had a friend come along with me to the courses and we began to do market at the weekends. We both had the bug, but I really wanted to take it more seriously, so we both got the studio, so since then we had an exhibition at the arts Complex and that went really well. Selling at Markets is difficult as the items I produce aren’t really suited for a crafts market, so finding the right place to sell is a headache. I have a couple of Galleries that I work with and I am lucky to work with the Mick Oxley Gallery in Northumberland. He is an artist himself so he knows how difficult it is. I have also recently been collaborating with the Silversmith Liz Baxter on a display for The Scottish Arts Club, Rutland Square. We have been creating sea flowers for the display and some hair pieces as well. I am a member of the international Felt Makers Association and I have been writing articles for them as well, giving advice on how to create a business Facebook page and the difference between a personal page and a business page. I will also me entering at the Royal Highland Show as well and will be entering a garment, I have been painting silk to use in the felt making process and will produce something to wear. 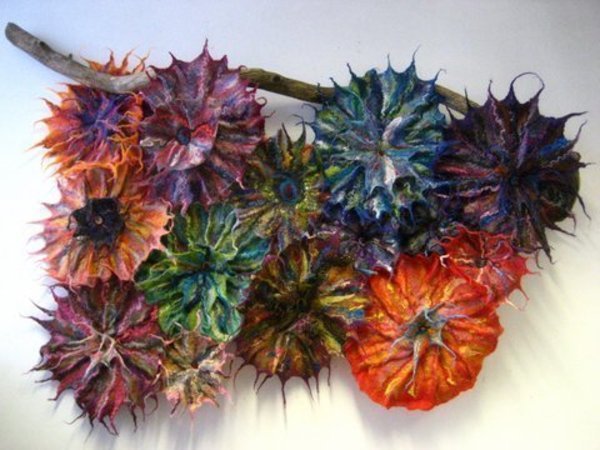 The thing about felt is that very often it gets a bad press, but felting is growing, when I was a kid I don’t think there was anything like this available to us only the pre-made A4 sheets of garish fluorescent colours. I offer workshops for people to come and have a go at making something and to make something simple it’s surprising easy. 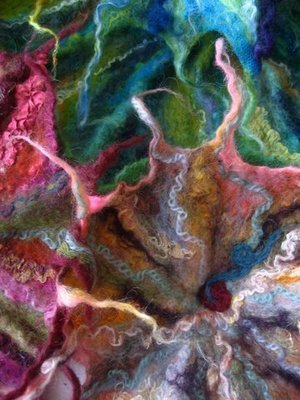 Tell me a bit more about the process of Feltmaking, can people just buy some wool and have a go, is it that easy?
Well there are plenty of books and you-tube videos available for people to use as a resource. My workshops run throughout the year and people are more than welcome to come along and have a go, they will be surprised with the sort of things they produce. I would suggest having a lesson or two first before they start as it can be a bit daunting. There is no limit to what you can make with felt, you can make garments, scultpures, wall hangings the sky is really the limit. I have plenty of workshops on which are a good starting point.

It’s easy enough to pick up a pair of knitting needles and have a go, but for feltmaking, because it’s so open you must need a lot of inspiration to get going, where do you get your inspiration from?
To start with I was following what the tutor was doing and made basic 2D pieces, and then you move one to make seamless pieces such as bags, purses or hats. After a while you have to start thinking on you own. For the Kingdoms exhibition I really went back to the medieval fantasy world and was inspired by Aurthurian Legend, hence the piece names, “Crusade” and “War Horse”. I love that kind of Fantasy World and that kind of influence is always with me. I also love shapes and flowers which make lovely corsages. There is so much scope with felt it’s a great medium to use, blending wool and silks create such lovely textures. 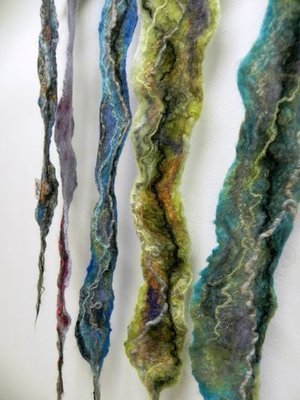 What types of wool do you tend to use?
The one I tend to use is Marino wool as it comes in fabulous colours. The purists tend not to use it but I think it’s wonderful. I was also given a Shetland Fleece by a guy in the highlands, when you feel the wool it has a waterproof quality to it because of all the flanilin. You can get all kinds of wool from rare breeds, or even soya, silk, camel hair and bamboo wool. Some people will only use natural wools but I tend to use anything and everything in my work.
What is the difference between Felting and Needle felting?
When needle felting you use a sponge and a special needle with barbs in it the help the wool bind together. Felting is done by using wool tops and is a different process entirely. Some people teach themselves entirely by books and they come to me for a workshop to learn the techniques in real life which is much easier. A good place to start is doing something like a book cover which is nice and flat and square or perhaps a little purse. It’s all about using your imagination, the sky is the limit. 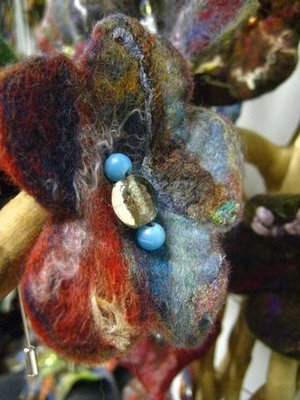 What is the future for Felt Fusion?
Well I still want to work on my technical skills, there is still so much to learn. I am really interested in making Garments and would love to find a place to sell them, somewhere like Liberty  but they do take a long time to do and they are quite difficult to approach. At the Arts Complex where my Studio is we have had 2 open days which have been massively popular and I sold one of my largest pieces which was a massive boost for me. The future is to keep going and hopefully do this full time so I can concentrate on it properly.

prusakcornell
“What a phenomenal artist. I love her work and wish I could learn this technique. Fiber art is so expressive.” 15th March 2014