We chat to costume designer and burlesque performer Catherine D'Lish 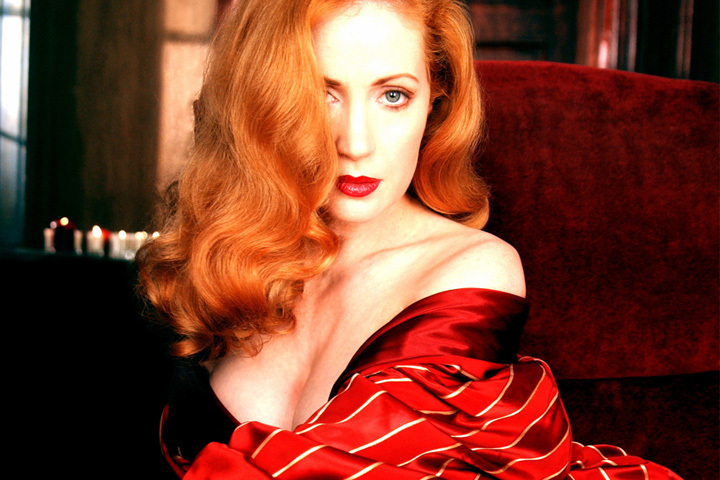 You've made costumes for Dita von Teese and Christina Aguilera as well as yourself. Is there much of a collaborative process?
I generally work best when left to my own devices. Most of my custom pieces for people are based on a collection of very vague adjectives, like "pink" or "fluffy". For Christina, she wanted a red crystal ringmaster's look built upon a corset, and I took it from there. Dita and I are best friends and we can yak for hours about costumes and that sort of thing... we share a love for extravagance that is part of the bond between us. I have a huge appreciation for the trust Dita has in me, she'll set me free to build something that she will enjoy wearing.

Is there anyone you would particularly like to create a costume for?
Ha- that's easy! Definitely me. 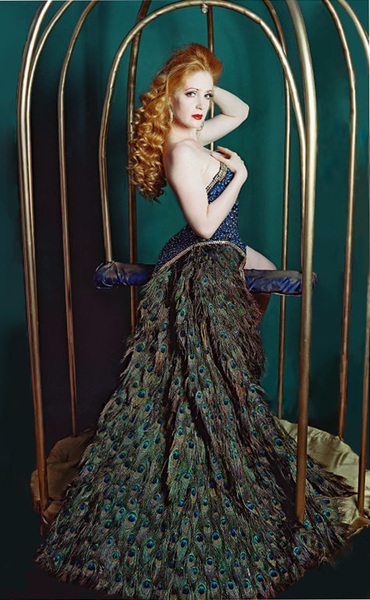 How do you find inspiration for new costume ideas?
I find motivation for new pieces in the elements that I choose to build them with. I like the excitement that comes with finding a fabric, feather or crystal type that appeals to me. Once I start to see and gather the components that turn me on, it's very easy to start making something with them.

How important are props to a good burlesque show?
I've seen great shows with props, and equally great performances without props. I believe that an entertaining act has more to do with what the performer does on stage than the presence of props or accessories.

You've said that every costume you make has to top the last - is that getting harder and harder?
I don't think so... I always enjoy a costume challenge, and I learn more and more as I go along, so hopefully (fingers crossed!) my work will continue to improve.

What was the first piece of costume that you made for a show?
I first started making costumes when I began stripping at a strip club. I don't remember what the first one was, there were so many! Not all great, and god willing, nobody will ever see them again.

Were you brought up sewing and crafting or is it something you taught yourself as you grew up?
Sewing and crafting were something that I taught myself while I was growing up in the strip club. I just bought some scissors, a machine, and started going at it.

You've mentioned before that you work mainly from home. Is that still true?
Absolutely still true. I can't imagine doing it any other way! I like to roll out of bed and into work, and when I'm done for the day, I want to roll right back into that bed. I like making every day "wear your pajamas to work day." 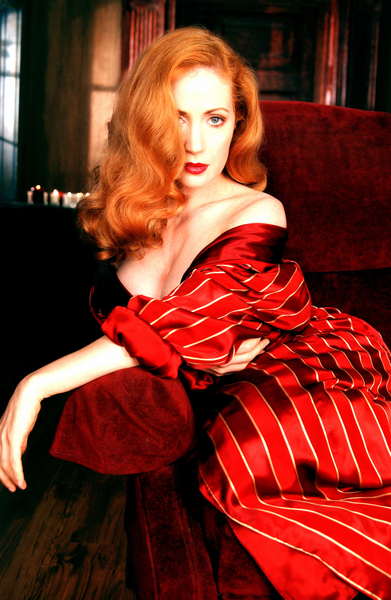 What are some of your favourite materials to work with?
Hands down, Swarovski crystal gets me the most fired up. I could never tire of it. I also love working with feathers, and enjoy my relationship with Jason, the owner of Fabulous Feathers. He sources incredible products for me, and I appreciate that he will find and sell to me anything I ask for. He is my feather pusher, and I'm a feather junkie.

Is there a fashion designer you are a particular fan of?
There are many designers with work that I like very much- Dior, Mugler, Head, Galliano... I could go on and on, there's no shortage of beauty in the fashion world, both past and present!

Do you have any shows coming up soon, that either you or your costumes are featured in?
"Strip Strip Hooray" is touring more this year, I perform in that show, and Dita wears three costumes I've done for her (Cowgirl, Powder Puff and Opium Den). Also I'm touring Europe this Spring and Autumn/Winter. More scattered shows in the US in between, hoping to get a couple new costumes for myself completed this year... lots to do... lots to do...
:)