We chat to Tish Ciravolo, the mastermind behind Daisy Rock Guitars for girls. 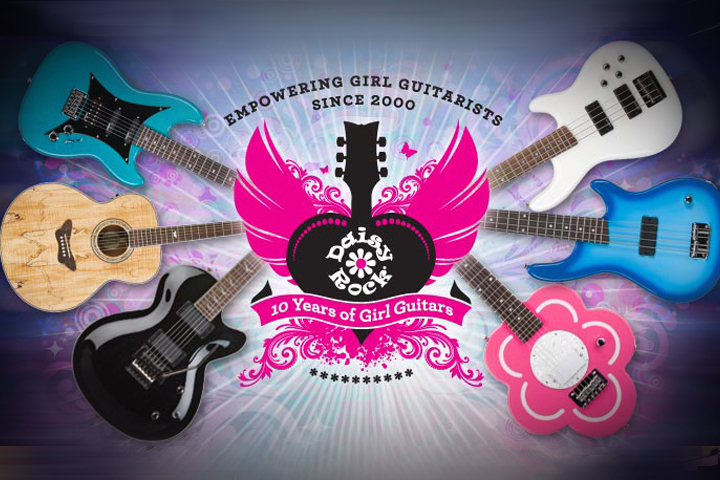 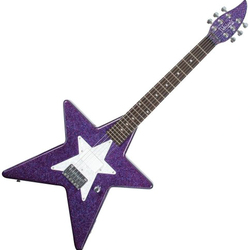 How did Daisy Rock get started?
One day my daughter, Nicole, who was 1 1/2 years old at the time, was drawing. I watched her as she drew a daisy, which is what she loved to do, and then my musician instincts took over with me adding a neck and headstock to the drawing. It hit me then that girls needed guitars made especially just for them.

"Girls needed guitars made especially just for them!"

Have you always been a music lover and which instruments do you play?
I fell in love with music when I saw the Beatles on TV when I was 3. I play bass guitar mostly, and guitar.

What did you want to do when you were younger and is this job a dream come true?
I wanted to be Suzi Quatro! I saw her on the American TV show, Happy Days, and my life was never the same. Absolutely, Daisy Rock is a dream come true. It’s not a fully realized dream yet, though—it becomes fully realized when a girl plays a guitar or bass and its not the abnormal, but the normal thing to do. But, every year more and more girls are playing guitars, and that’s awesome. I love being on the front lines of this cultural shift.

What's a typical day in the life like for you?
During a typical day, I can expect something unexpected to happen! We have a lot of different things going on at any given point during the year. At one moment, I could be working with one of our international distributors, and then, I have to switch gears because one of our of over 600 artists could just happen to want to stop in and check out our new models. There’s always something going on, even if its just work stuff. 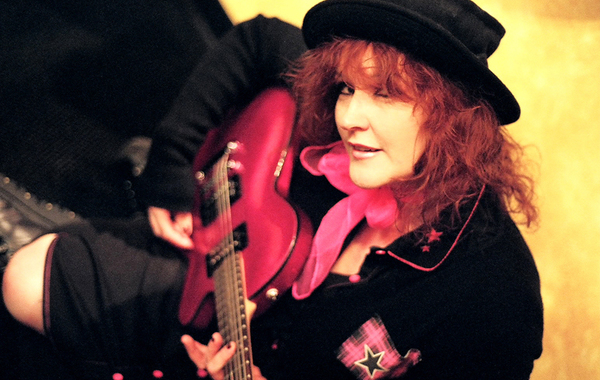 When did you first learn to play guitar and were you a fast learner?
I first learned to play guitar in high school. My best friend, Barbara played guitar because she had learned from her big sister Ann Haughey, and when our group hungout, she would show me how to play as well. I picked it up relatively quickly. By 15, I had joined a group called Plateau, and we toured around the U.S.

"I think the world needs to know that girls can ROCK, and that is my mission in life. I want to make music, make movies, and laugh every day."

Can you tell us a bit about how your guitars are designed?
I’d love to! When I first sat down with my husband, Michael Ciravolo—President of Schecter Guitars, we discussed all the problems I had playing guitar and bass and what we could do to eliminate those problems. For instance the first bass I ever bought was so heavy and it felt like I was trying to play a baseball bat so I went back to the store the next day and returned it. Therefore, Daisy Rock Girl Guitars, the very first guitar designed for a girl, needed to be made from lighter wood, so it’s easier for guitarist with smaller frames to handle the weight. Also, our guitar necks have a “Slim & Narrow” profile for guitarists with smaller hands to be able to easily wrap their hands around and play. The whole idea behind Daisy Rock Girl Guitars is to offer the same great quality guitars all the other manufacturers make—with the same hardware, but specifically design the guitar so a female doesn’t have to struggle to play it. Daisy Rock is all about making the art of playing guitar more accessible to people who previously felt they couldn’t play.

How do you come up with the designs?
We have a great team at Daisy Rock, and we all work together to design and name our models. But I draw my influences from my surrounding, my daughters, their friends, musicians I like. For example, I am a big David Bowie fan, and as a result of that, we named an entire series of guitars the Stardust Series. 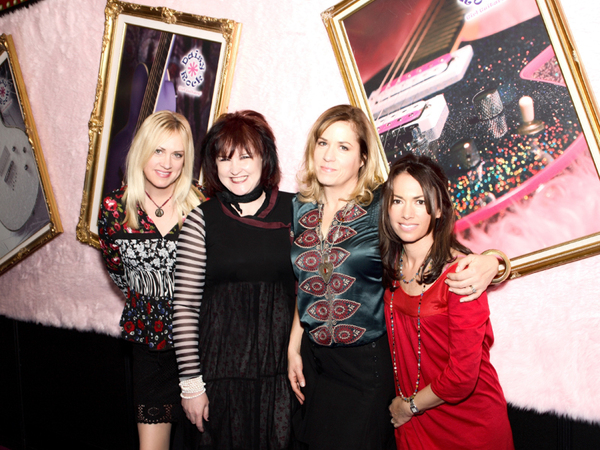 Who are some of your favourite female bandse?
There are some really great all female groups that I love. It’s hard to name them all, but I love The Bangles—they are amazing, and Daisy Rock is fortunate enough to make their signature guitar model, and I’m also a big fan of The Runaways—Daisy Rock actually hosted a charity concert last year where the whole event paid tribute to this groundbreaking group.

If you could pick any musician (living or dead) to give a guitar to, who would it be and which guitar would you give them?
Janis Joplin playing our Pixie Acoustic in Blue Sparkle.  Start the Girl Guitar revolution EARLY! 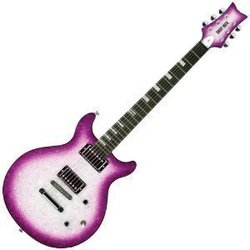 Do you have any advice for girls wanting to start playing guitar?
Don’t be intimidated, and it’s never too late to start playing. If you also wanted to play, but thought you couldn’t or that you missed that boat…you haven’t. I’ve written a great Girl’s Guitar Method with Alfred Music Publishing that walks the younger aspiring girl guitarist through everything you need to learn to start playing right away—from how to hold the instrument and tune it to your first chords and eventually your first song. For those who are a little older, Alfred has great materials to use—whether you are taking lessons from a teacher or teaching yourself at home.

What are your ultimate tips for rocking out with a Daisy Rock guitar?
Don’t hold back! The best thing about playing guitar is that you can be loud, sing, scream, and shout—just express yourself and be free to be you! 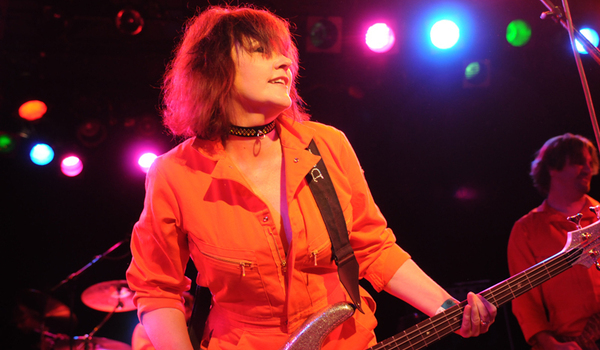 What are your hopes and dreams for the future?
My hopes and dreams are for my family.  I have created an environment in the Music Industry that should be drastically different for my daughters to feel like they are a part of something.  Every girl that wants to play should experience something different than I did.  I want to live to see that happen.

Ariel B.
“This is a great interview! I was looking for guitars that are easier on my tiny hands. I'm totally checking out Daisy Rock guitars now!” 25th March 2011