We chat to the friends who started their own brewery to make the beer they wanted to drink! 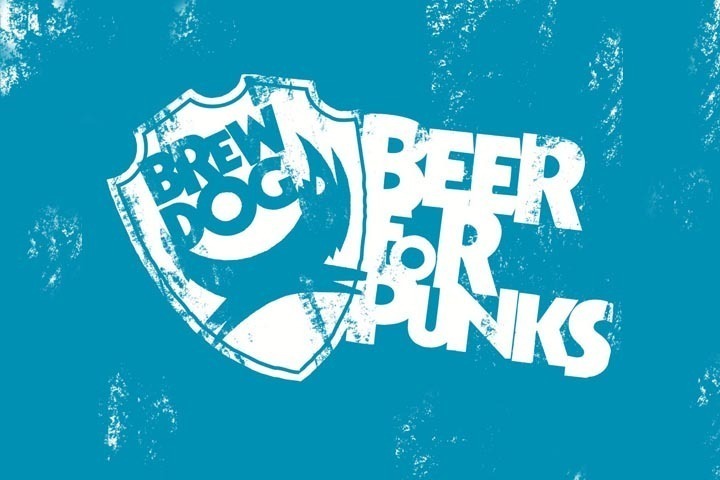 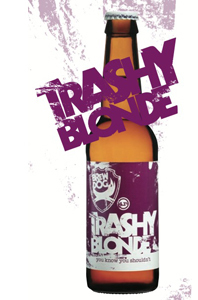 BrewDog is the largest independent brewery in Scotland. Started by beer loving friends James Watt and Martin Dickie, their beers have received a cult following along with a mix of good and bad press attention for their high percentages and witty names such as Tactical Nuclear Penguin and Trashy Blonde. In response to criticism for their high percentages, the duo released a pitifully weak 1% beer named Nanny State.

We caught up with James, one half of the brewing duo to hear their story and find out what it's really like having every man's dream job! 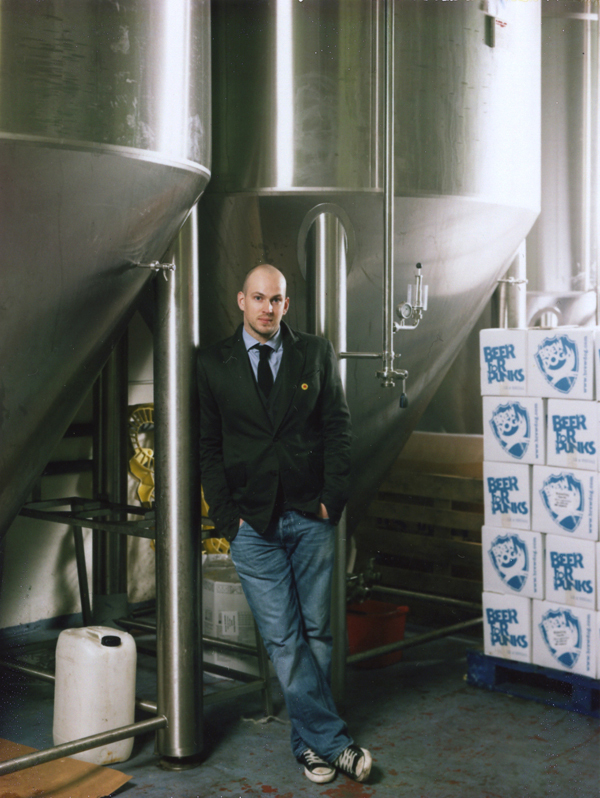 Was it always your dream to go into brewing?
Martin and I started home-brewing back in 2005, since then we always wanted to have our own brewery. The BrewDog idea was brewed a little while before the initial beers were!

"We wanted to put the craft and the passion back into beer!"

How did BrewDog get started?

What process do you go through when creating new flavours? 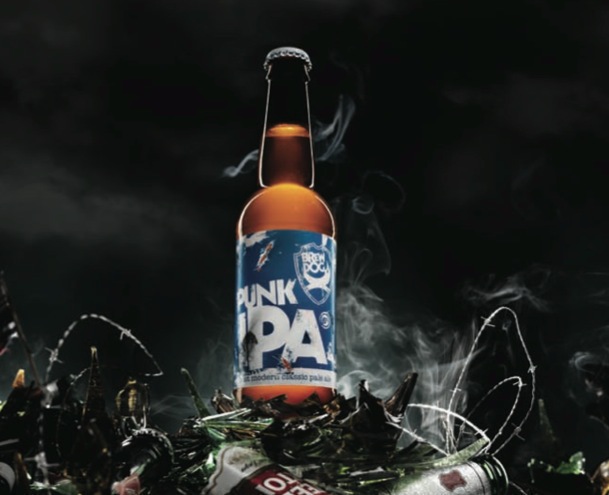 The process is very simple and very selfish! What do we want to drink? Cool, then let's make it! And as for the names, the beers speak to us! Punk IPA is aggressive, spiky, rebellious and really does not care if you like it or not!

"If I am in the mood for being smashed about with hops I will go for a Hardcore!"

What's been your favourite Brewdog beer?
I don't have a favourite! Different times, occasions and settings. If I want a quick beer after work I may grab a 77 Lager, if I want a great beer with spicy food I will reach for a Punk IPA, if I am in the mood for being smashed about with hops I will go for a Hardcore or if I want to enjoy a beer with some dark chocolate I will have a Paradox. 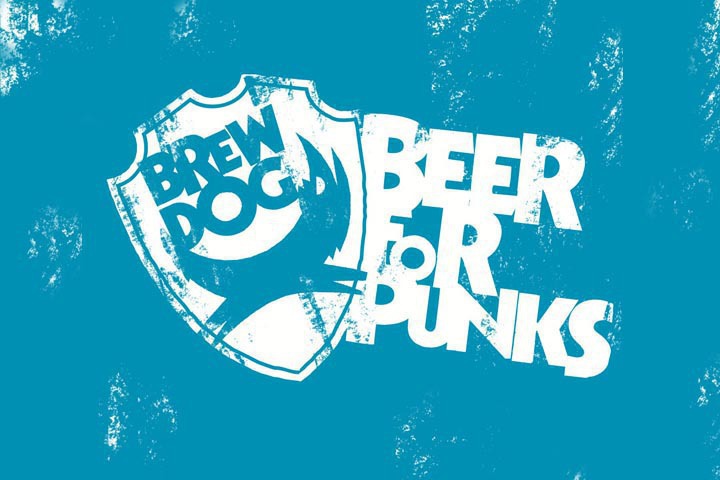 What keeps you motivated?
We want to make other people as passionate about craft beer as we are. This is our inspiration and our goal! We want to introduce people to a different approach to beer, challenge their perceptions of beer and elevate its status. All whilst having a little fun and unsettling some institutions along the way.

What drives you to innovate?
We are just too inexperienced to know how things "should" be done. Consequently we have always been keen on finding our own way.

"We are just too inexperienced to know how things "should" be done."

What advice would you give to someone wanting to follow a similar dream?
Have complete belief in your vision and what you are trying to achieve, don't let anyone shake this. Be prepared to work like an absolute son of a b**** and always be passionate!

Do you have any other dreams or projects on the go?
Musa Aberdeen (a restaurant, art gallery and music venue in Aberdeen, Scotland) - I took it over 2 months ago. It is my hobby! 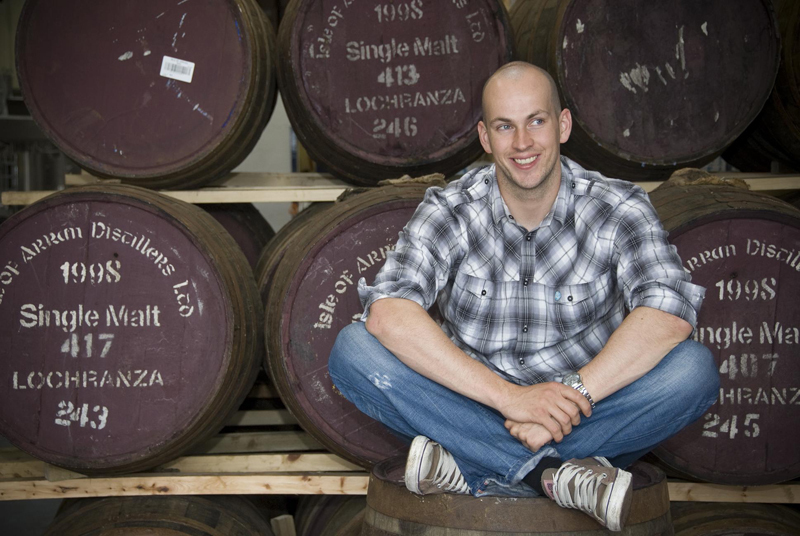 Are you a workaholic?
I am a workaholic! But then I love what I do so it does not really feel like working at all! I am a beer geek and a business geek, my preferred way to relax is reading a business book (FLIP and Chasing Cool are my 2 current favourites) with a glass of great craft beer whilst listening to some old Radiohead albums.

What's next for you and Brewdog?
World domination.

Squizita
“This is a great interview about a good, fun, 'real' beer brewer. However, i have one issue with it...
As a long-time 'real beer' supporter, I don't really feel their representation of what British Beer is all about is fair. As this is a worldwide website, I would like to set the record straight as someone who has been enjoying 'non chain' beer for 15 years- with NO problems sourcing it in any of the 3 parts of the UK I have lived in.
OK, go to a high-street chain pub and you'll find mostly bland mass-produced lagers; however using word-of-mouth, magazines/web or just instinct, there are lots of independent pubs with good beers and often a more 'indie/alt' music scene too. Additionally in recent years there has been a massive resurgence in real ales and small-producer pilsners.
I enjoy brew-dog beers, however it must be said that there are many, many small brewers in the UK who do the same- and have been doing so for longer. (Darkstar for example, or the myriad of small brewers in the West Country).
BrewDog is a really decent small brewery- and I do enjoy their stuff- but let's not kid ourselves that it is either the only one or the first of its kind in the UK.
If you enjoy their beers and want to find out more, I woul definitely recommend looking to Camra or another 'real beer' organisation for more ideas.” 21st August 2010

Ruby
“That's ace that they've dreamed of doing this and it has been achieved! The names of the beers are ace haha. Well done guys!” 17th August 2010