We chat to musician and accordion busker, Jason Webley. 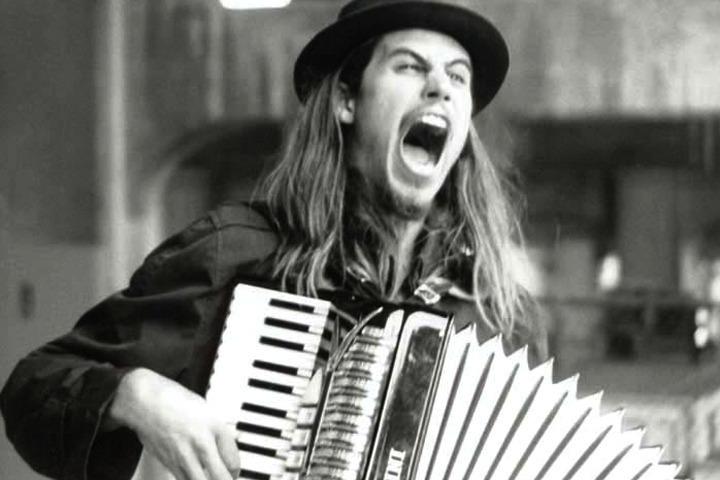 
You started out busking after quitting your day job. Is this true? Do you remember what you were thinking when you decided to make such a change? What kind of job did you have before? 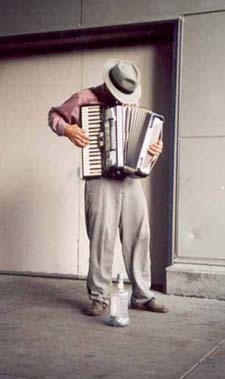 I've had a lot of jobs, but for the two years before I started busking I worked for an audio production company as an engineer. I honestly thought I was going crazy when I made that change. I didn't really know what I was doing.

You seem to be really into your theatrics - I've read about your theme of dying every year at Halloween. Why did you start up that tradition, and what made you stop in the end?
That is a bit of a tricky one to talk about. It all sort of evolved naturally out of the music I was doing and the images that were in my mind at that time. I planned to keep doing it for a long time, but in the end it was a cycle that just lasted five years. I miss that whole dimension of my performances, but I still think it was the right time to stop when I did.

Are there any other big theatrical stunts you've been a part of, or created?
Sure... but I don't really think of it that way - as theatrical stunts. I just get fun ideas and try to manifest them. Years ago I invited my fans to baord a commuter ferry dressed as pirates. There were a couple hundred of us. It was really fun. Later a group of friends and I staged these tiny "musicals" in about 50 supermarkets in the Seattle area. That was really fun... another idea I want to do more with is puppet shows with giant puppets performed on freeway overpasses for the cars going by. We did something like that one year at Camp Tomato.

Personally, my favourite number is seven, but you have a real thing about the number eleven. I'd love to know why this is if you wouldn't mind sharing?
Seven is ok. It rhymes with eleven at least. Eleven is just a nice number to say. Say it over and over a few times, it is like a little three syllable poem. 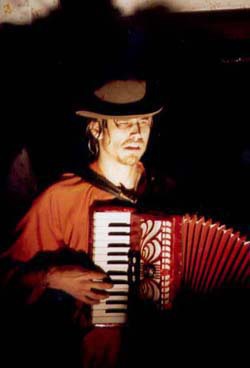 Can you tell me a bit about Camp Tomato? What goes on there? Why did it start? What are the plans for this year?
I started Camp Tomato right after I stopped dying. It is just a gathering of people to play weird games that I think of. We play "Tomato Raid" which is like "Capture the Flag" but instead of two teams and two flags, there are four teams and hundreds of tomatoes. Last year we had a new game called "Rhinoceros" where people get in refrigerator boxes and ram each other. That is my new favorite thing.

You have short stories on your website (which are wonderful by the way.) Do you do much in the way of writing (other than songs, of course)?
I wish I wrote more. I have a handful of other stories that aren't up on the site, and I really hope to make a little book someday to collect them all.

Do you dabble in any other arts?
My music sometimes requires me to do other "art" things. For my shows, albums and videos, I've done drawings, photography, lino-cuts, puppet making, web design, stained glass window making and a bit robotic engineering. Well the robot was just a few modified remote control children's toys .

Can you tell me a bit about the Evelyn Evelyn project for the readers?
It is my project with Amanda Palmer. She has a thing for the number 11 too. When I first toured with the Dresden Dolls, she told me she once thought to call the band "Eleven Eleven" but the name was taken. Then she said she also wanted to call it "Marsha Marsha Marsha" but that was taken too. I said, "what about 'Evelyn Evelyn Evelyn'?" and she didn't like that name, but after a moment she said "Evelyn Evelyn" would be a great name for a band.

I'm sure you're sick of talking about it, and to be honest so am I, but can you please say a little about the controversy that's surrounded the project? As far as I'm concerned you and Amanda have been nothing but graceful about the whole thing, it'd just be lovely if you could mention it. 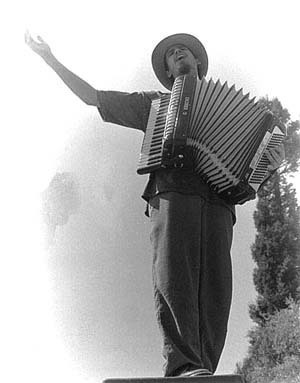 I actually think the whole issue has been very interesting and I think that a lot of the problems people have expressed are actually very valid. I hadn't thought of this as a project so much about disability, but it is a valid point that they bring up that often when disabled people are portrayed in popular culture, their role almost always fits into one of a very few stereotypes, and they are right that to a certain extent we have done the same thing with this project. I do think it is a pity that so many people got so upset about this before the album actually came out. Maybe I am wrong, but I think that the actual album stands up to this criticism a bit better than the "idea" of the album does. I also don't feel badly about apologizing. I think we made some mistakes in how we were talking about the project. I know that I've learned a lot and hopefully will continue to from this criticism, and I hope that perhaps others will as well.

Looking to the future - do you have any plans for a new album after Evelyn Evelyn?
Yes. I just recorded a live album before I left Seattle that will hopefully come out in the fall. I also have a couple more collaboration projects in the works including an EP with my "party" band "Big Little Dipper Dipper".

Find out more about Jason, or find out when he's playing near you on his website.

Knittin' Kitten
“I actually went to see Evelyn Evelyn just after doing this interview, and it was so funny and chilled out. I think it's a shame that so much came out about it and so many people were offended - but everyone finds a way to be offended about something, and that's the risk of being an artist!” 4th June 2010

K-Li
“"when the glass is full drink up drink up, it may be the last time we see this cup"

Jason's an incredible talent, has so much creativity and puts on a unique, energetic show - and regardless of to controversy brought up by his project with Amanda, it's still art and I think it's pretty rad. ” 4th June 2010